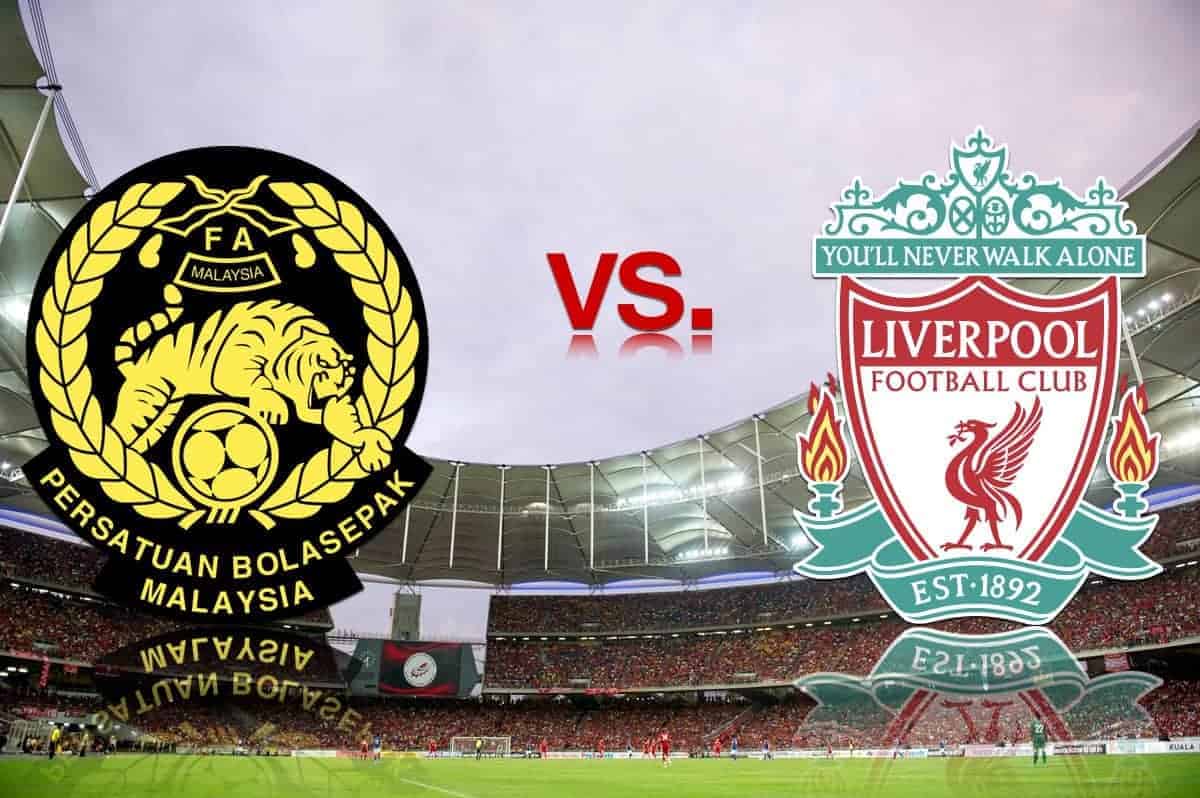 Brendan Rodgers’ Reds play the final fixture of this summer’s tour when they face a Malaysia XI on Friday as the Premier League season draws ever closer. Liverpool conclude their pre-season tour against a Malaysia XI in Kuala Lumpur on Friday, rounding off a productive trip to the Far East and Australia.

The Reds have won all three games of the tour so far across Thailand and Australia, and will be looking to make it four wins from four ahead of returning home on Saturday, ahead of their next friendly fixture a week later in Finland against HJK Helsinki.

All three previous clashes have provided helpful workouts for Rodgers’ 29-man squad in preparation for the new season, with fitness and football development of paramount importance.

The Reds boss will be hoping for a similarly useful exercise with Liverpool’s Premier League opener at Stoke City just over two weeks away.

The Reds’ return to Kuala Lumpur on Friday for the first time since the visit of July 2011 under Kenny Dalglish, which saw an eventful fixture played out.

Liverpool stormed to a 6-3 victory in front of a remarkable 85,000 crowd at the Bukit Jalil National Stadium that day, thanks to goals from Charlie Adam, Dirk Kuyt and braces apiece from David N’Gog and Maxi Rodriguez.

The fixture this time round will be played at the same impressive venue, which boasts a capacity of 87,400, and the local support are expected to be out in force once again for the first visit in four years of Rodgers’ squad.

Rodgers on Liverpool: "We're a club that's iconic around the world. Very important for us to travel and bring this club to our supporters."

The representative side of the Malaysian League head into Friday’s fixture having not played for two months.

Their last game coming back in May against Tottenham Hotspur, who overcame the Malaysian side 2-1 in a post-season friendly.

With one win from one game on Malaysian soil, Liverpool will be looking to maintain their 100 per cent record, as Rodgers’ squad step up their pre-season work again.

Rodgers looks set to have the luxury of a full squad at his disposal once again for Friday’s clash, with avoiding injury now essential as the season looms closer.

Rickie Lambert missed the Reds’ 2-0 win in Adelaide last time out with a shoulder injury on which the striker had a precautionary scan.

However the injury is not thought to be serious, meaning the 33-year-old could be available to play a part and make what could be his last Liverpool appearance as he nears an Anfield exit.

Alberto Moreno made a welcome return to match action in the last victory, having not played a minute of the opening two friendlies.

The Spaniard is likely to receive his second outing as he seeks match practice and fitness.

Philippe Coutinho, Emre Can, Tiago Ilori and Roberto Firmino are again missing for the final tour fixture, but the quartet returned to training at Melwood on Wednesday after their summer breaks.

With the season little over two weeks away, Rodgers could choose to name as close to a first-choice XI as possible in the Malaysian capital, as he prepares his side for the trip to the Britannia Stadium on August 8th.

Moreno could therefore come in at left-back to make his first start of the pre-season programme, while Mamadou Sakho could return to the starting XI to partner Martin Skrtel to form what is thought to be Rodgers’ first-choice centre-back pairing.

Lucas Leiva too will be hoping for a recall to the starting line up ahead of Joe Allen, who impressed last time out in defensive midfield.

So too will Lazar Markovic, who entered only for the last five minutes in Adelaide.

Having opened his Liverpool goal account as a second-half substitute in the 2-0 win, Danny Ings could start up front in place of Divock Origi, with the Belgian having spearheaded the Reds’ attack in the last two consecutive fixtures.

Rodgers’ formation of choice for all but 45 minutes of the pre-season games has been 4-3-3, making it safe to assume that the Reds boss will line his side up in the same shape once again.

The match will kick off at 1:45pm UK time and in keeping with all friendlies so far, will be shown live on LFC TV.