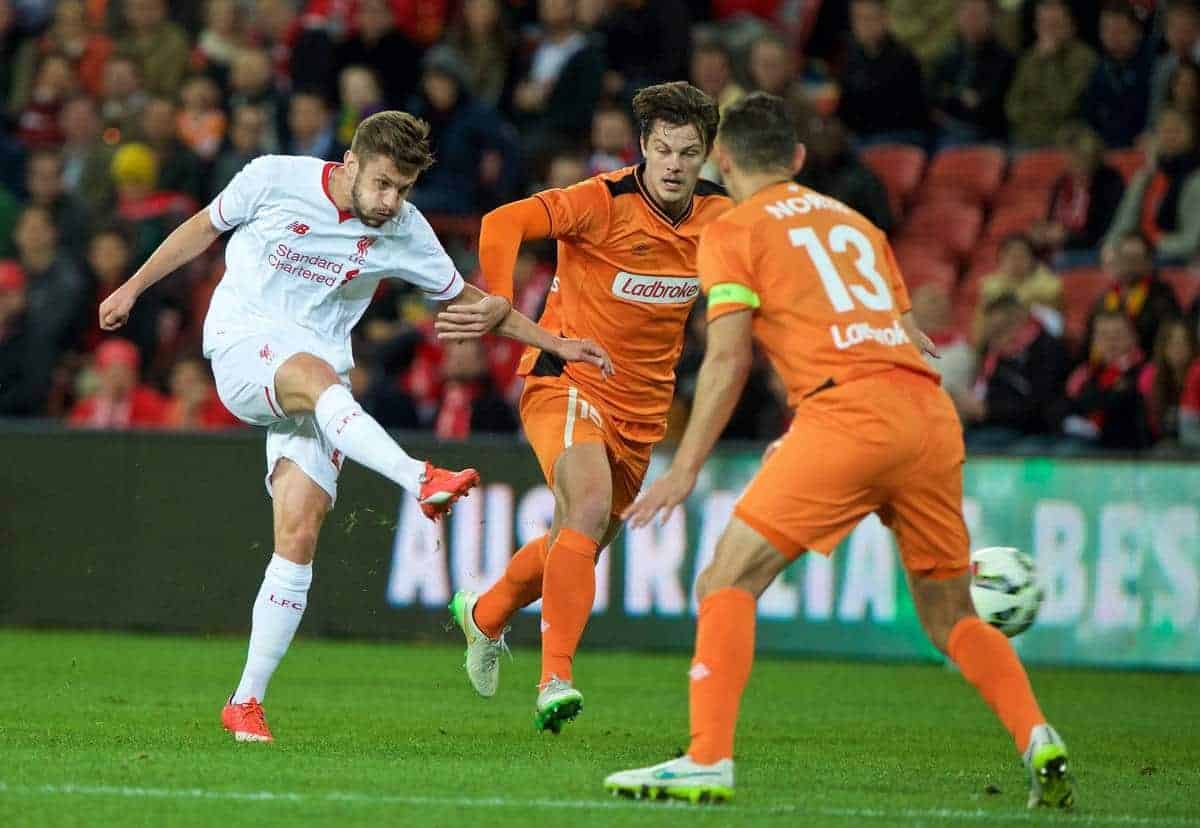 Adam Lallana scored his second goal of pre-season with a fine effort during the first-half of Liverpool’s clash against Brisbane Roar.

With Liverpool trailing to an early Dimitri Petratos goal, Lallana got Brendan Rodgers’ side back on level terms in the 27th minute.

The 27-year-old brought down a ball from Milner on the edge of the area, before stepping inside to finish expertly past Brisbane goalkeeper Jamie Young.

Prior to kick-off the 50,000 supporters in attendance at the Suncorp Stadium sang out a passionate You’ll Never Walk Alone.

Who stood out for you against Brisbane? Let us know your thoughts in the comments section below.