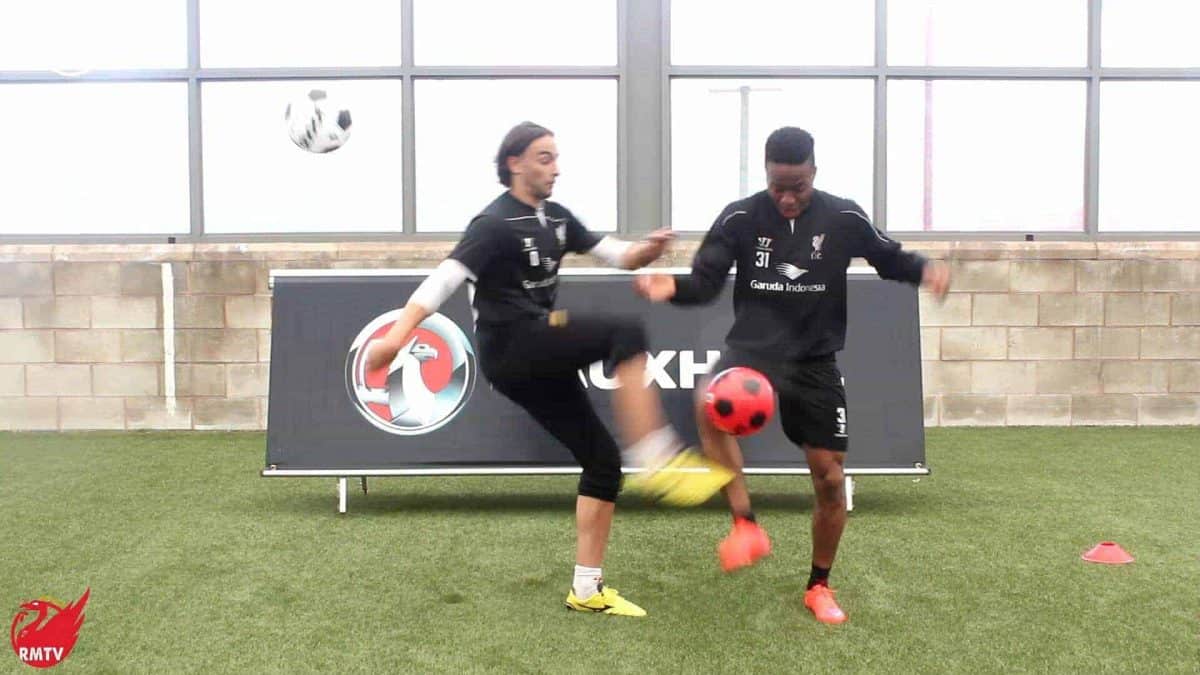 In a tournament-style face-off, each player has to keep the ball in the air for longer than their opponent.

Pitting their technical skill and guile against each other, the four young Reds played with the same tenacity that they showed in The Redmen TV’s last challenge, “Dizzy Pens!”

Last time, Ibe succeeded with some exceptional penalty kicks, but Coutinho, Markovic and Sterling were set on winning this time.

So who won out in Battle Keepy Ups?