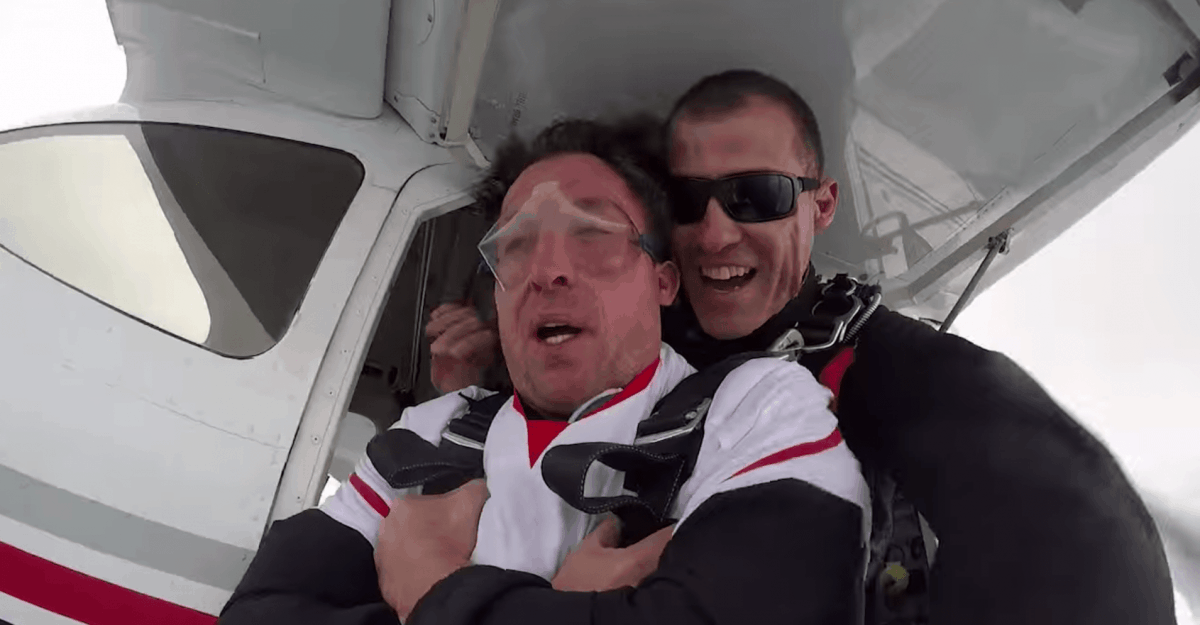 Marking the unveiling of Liverpool’s new away kit for the 2015/16 season, Reds legend Robbie Fowler skydived over the Australian Gold Coast.

The new Liverpool away kit for the 2015/16 season was launched on Thursday morning, and legendary former Reds striker Robbie Fowler marked the occasion in style.

The 40-year-old launched himself from a plane over the Australian Gold Coast, wearing Liverpool’s new white away shirt.

The new kit sports a red trim and collar and is the third kit to be unveiled under new manufacturer partner New Balance.

The kit incorporates NB Dry, technology that helps keep the body cool and dry whilst being active. The moisture wicking fabric releases moisture away from the body, making it fast drying, and it is anatomically fitted to form around the player’s body shape for ease of movement.

Finished with mesh panelling under the arms, the design aims to help airflow around the body. Twin needle stitching runs around the circumference of the shirts hem and twin heat transfer tipping to the cuff gives a seam-free finish and to prevent abrasion.

A Fan Zone in Brisbane revealed the new kit, with James Milner, Martin Skrtel and Simon Mignolet walking out to a large crowd of Australian Reds fans.

Liverpool take on Brisbane Roar in their second pre-season friendly on Friday morning (9:45am UK).