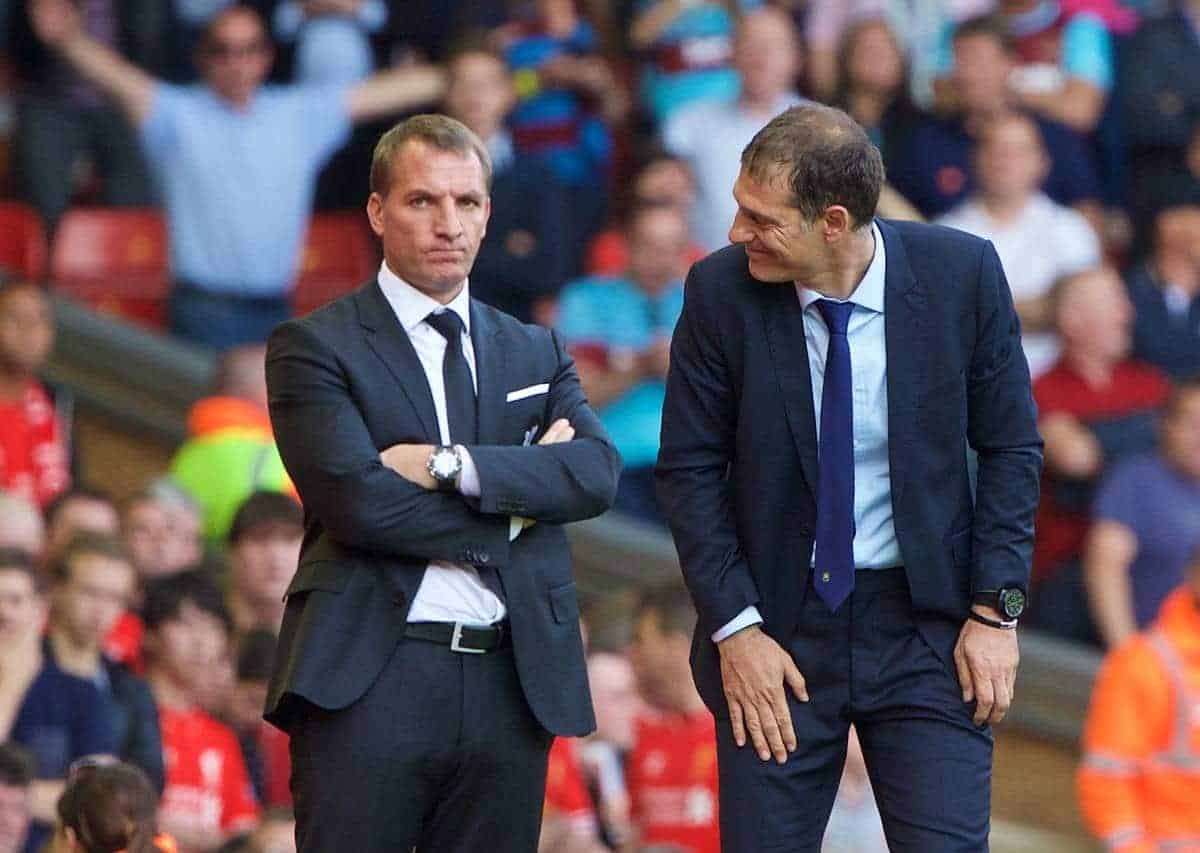 Liverpool manager Brendan Rodgers admits his side have some work to do when they return from international duty.

A surprise 3-0 defeat against West Ham – their first home league reverse against the Londoners in almost 52 years – exposed not only defensive weaknesses but creative shortcomings.

Slaven Bilic set up his side to deny their opponents the space to play and buoyed by an early goal from Manuel Lanzini – the first Liverpool conceded this season – they controlled the game.

Captain Mark Noble capitalised on two errors by Dejan Lovren before Diafra Sakho added a late third with the hosts pushing forward in an attempt to regain some respectability.

The closest Liverpool came to a goal was Roberto Firmino‘s 25-yard effort against the post in the first half and Rodgers knows they have to create more chances, which will be even more difficult on their return against Manchester United at Old Trafford as influential playmaker Philippe Coutinho is suspended after two yellow cards against West Ham, who also had Noble sent off.

“You saw Arsenal, who are terrific on the ball, lose 2-0 at home to West Ham,” he said. “All teams will be looking at ways to beat that block.

“There will be lots of games like that so we have to find a way on the training field in order to develop that patience, work the ball and exploit it.

“There is a long way to go yet. We will learn from it, we always analyse every game.

Rodgers has spent upwards of £80 million on new recruits this summer and does not expect to add any more before the transfer window closes on Tuesday.

However, he does expect an improvement when they head to Old Trafford and in all their future home games.

“Four out of the seven teams have lost at home on Saturday and up until yesterday there were six home wins in 30 matches so it will be difficult to get your home wins in.

“We have seven points from 12. The players will come back after the internationals and we will refocus and look to put in a much better performance away from home.

“If I have the squad I have got then I will be happy to work with that team.”