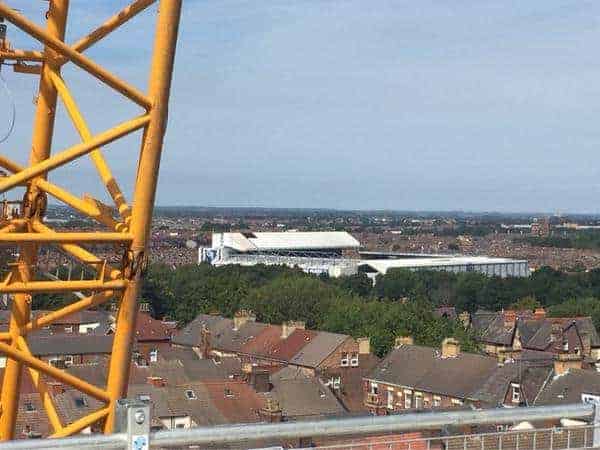 Owner John W. Henry and chairman Tom Werner are in Liverpool for the Reds’ first home game of the season and to get an update on the Anfield redevelopment project. Henry’s wife, Linda Pizzuti, is also in town and the glamorous ‘First Lady of Liverpool’ posted updates on the new Main Stand progress on Monday afternoon.

“Incredible views of the Mersey, the Cathedrals, the city, and Goodison from the new Main Stand at Anfield,” she wrote on Twitter. Writing on Instagram, Pizzuti added: “Touring the massive new Main Stand under construction at Anfield. It will be ready for next season. Views of the city are breathtaking.”

Panoramic view from the top of the new Main Stand at Anfield, with view of Goodison #progress @LFC pic.twitter.com/LYlJGk1TuO