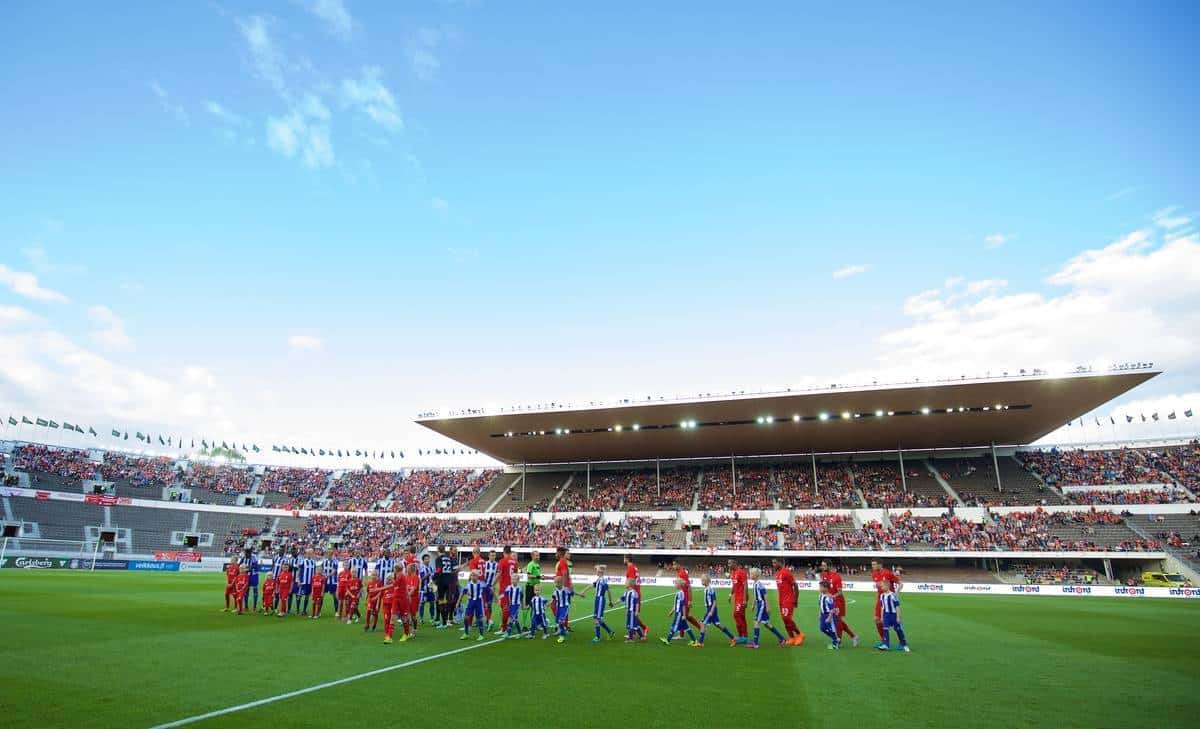 It was more a fitness exercise than anything else, but Brendan Rodgers will be happy that a strong starting XI came through the game unhurt and maintaining their unbeaten record this summer.

After a dull and uninspiring first half Liverpool raised the tempo of their game in the second. Shouts of “Quicker! Quicker!” came from the bench as the Reds pressed Helsinki back.

Danny Ings was replaced by Divock Origi shortly after the hour mark and on 73 minute the Belgian international finally found the breakthrough, putting away Jordon Ibe’s low cross from the right that had been expertly flicked on by James Milner.

It wasn’t long before Liverpool found themselves 2-0 up — Philippe Coutinho working well with Milner down the left to enter the area. His shot was deflected and Rodgers’ side held on for the win.

It’s likely that none of the players playing in Helsinki will feature in Sunday’s final friendly of the summer at League One Swindon Town (4pm), as Rodgers begins to finalise his team for the opening game of the season at Stoke next Sunday, 9th August.

We’ve rounded up the best photographs from Helsinki, courtesy of Propaganda Photo. Liverpool lineup prior to kick-off.

James Milner‘s distribution is looking like an increasingly exciting attribute to Liverpool.

All smiles after Divock Origi‘s opener for Liverpool.

Philippe Coutinho and Divock Origi congratulate each other on scoring the goals for Liverpool.

Brendan Rodgers will be pleased with Danny Ings‘ movement.