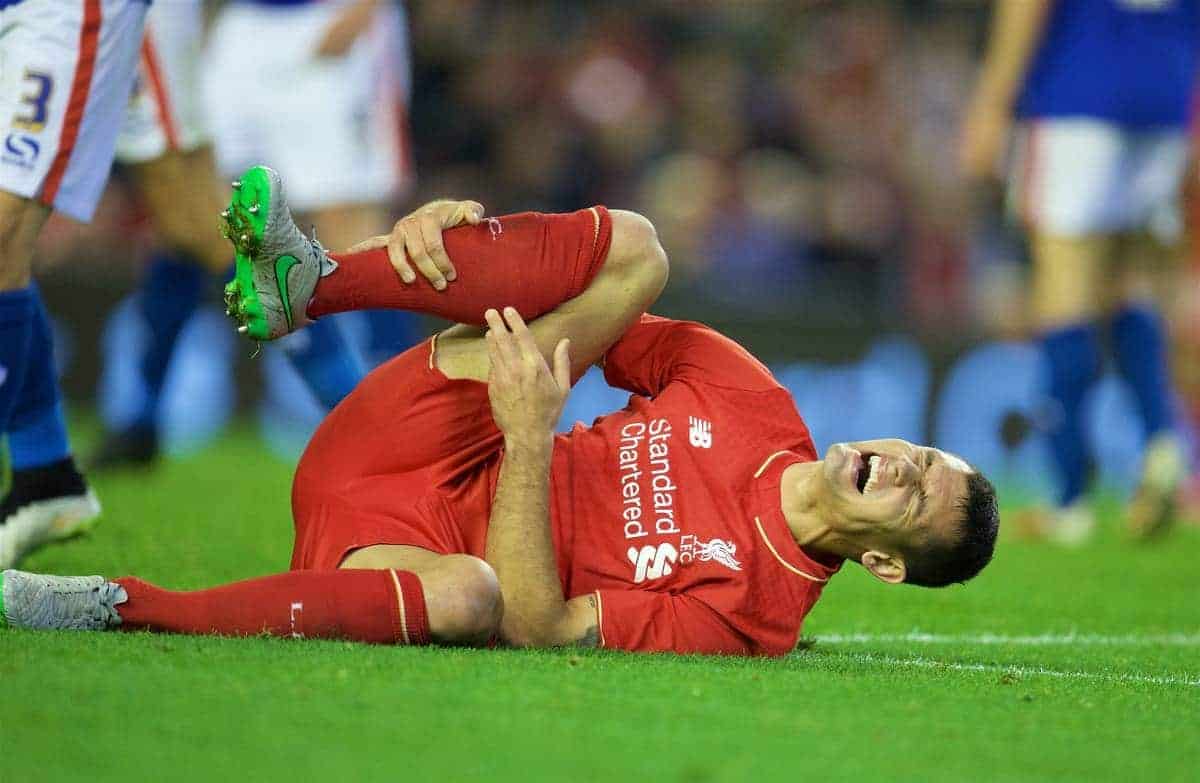 Dejan Lovren is expected to miss two months of action with suspected ankle ligament damage suffered in the closing stages of Wednesday’s game against Carlisle.

The Croatian centre-back landed awkwardly on his right foot minutes before full-time in extra-time, being stretchered off and receiving oxygen as he left the pitch.

The 26-year-old will undergo a scan to reveal the full extent of the injury and news should be confirmed on Friday, possibly at Brendan Rodgers’ pre-match press conference in the morning.

Gary McAllister had said post-match that “He landed awkwardly but fingers crossed I don’t think it’s as bad as it looked.”

Lovren joins Jordan Henderson and Christian Benteke on the sidelines. Lovren and Henderson both played almost every minute of pre-season for Liverpool.

Lovren was Rodgers’ first-choice centre-back until Mamadou Sakho usurped him with a man-of-the-match performance on his first appearance against Bordeaux last week. The Frenchman should now get an extended run in the side alongside Martin Skrtel.

The Reds’ other injury suffered vs. Carlisle was Roberto Firmino but the Brazilian is not expected to miss any action.

TACTICAL ANALYSIS: How and why Liverpool failed to break down Carlisle’s well-drilled defence