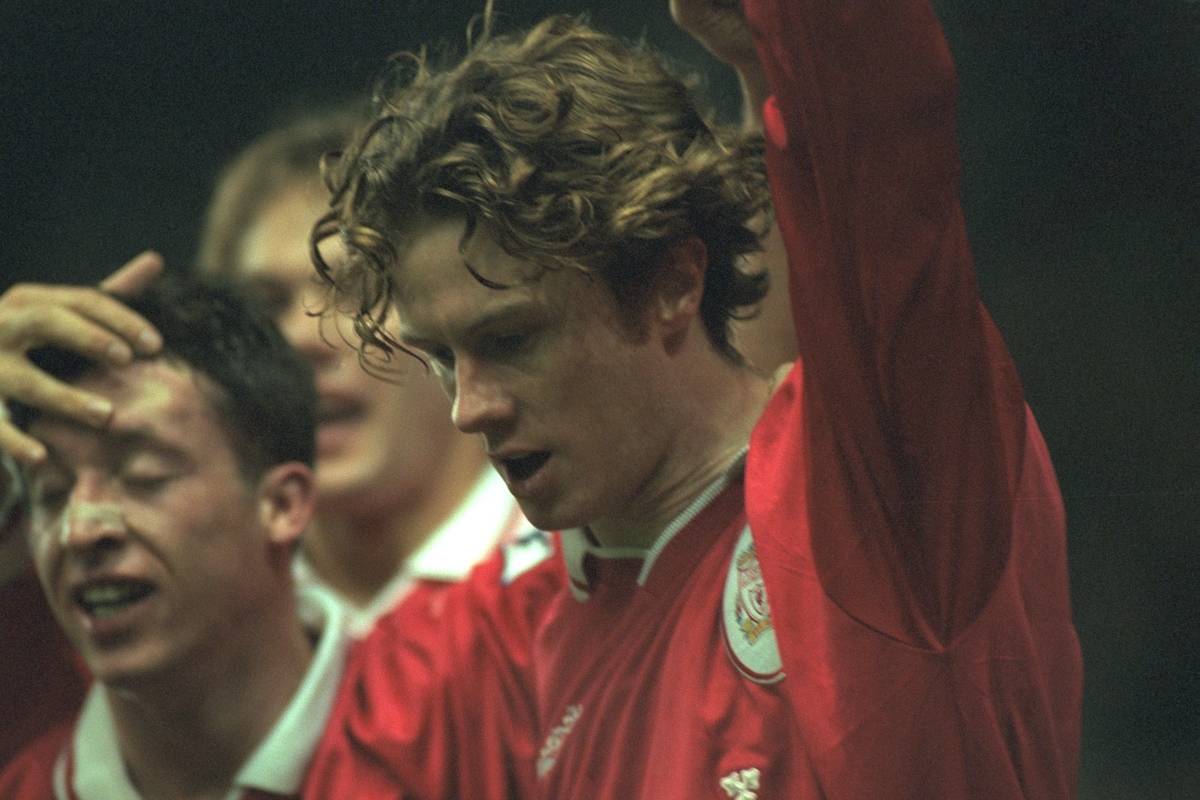 With Liverpool’s Europa League showdown with FC Sion fast approaching, we look back at the last meeting between the pair 19 years ago.

Liverpool were at the height of their powers under Roy Evans, with the Reds playing some of their most eye-catching football of the Premier League era.

In Robbie Fowler and Steve McManaman, they had two of the most gifted English players of their generation, while Patrik Berger was proving to be an inspired signing following his exploits with Czech Republic at Euro ’96.

Having fallen just short in the title race in 1995/96, Evans’ men were looking to push on in 1996/97, and had only lost once in the league before they faced FC Sion in the UEFA Cup Winners’ Cup second round second-leg at Anfield.

The first-leg in Switzerland had seen Liverpool win 2-1, with goals from Fowler and John Barnes overturning Christophe Bonvin’s opener.

The stage was set for the Reds to produce an emphatic display in front of an expectant home crowd.

Evans once again went with his preferred 3-5-2 formation, with Jason McAteer and Stig Inge Bjornebye as wing-backs, and McManaman and Berger playing off Fowler.

John Scales, Phil Babb and Dominic Matteo made up a shaky-looking back-three that could even make Dejan Lovren look world-class.

Things didn’t go to plan at all in the opening 45 minutes, as the Swiss outfit threatened to produce a surprise result and progress to the next round.

Frederic Chassot tapped home in front of a stunned Kop to give the visitors the lead after 19 minutes, but it soon got even worse for the Reds.

Striker Bonvin, another who had taken part in Euro 96, for Switzerland, fired a terrific low shot past David James four minutes later.

McManaman, a Liverpool player who has become criminally underrated as the years have drifted by, brought his team right back into the contest before the break, finishing well with a left-footed effort.

Anfield was about to be treated to a memorable second-half.

Bjornebye, an extremely reliable player during his eight years on Merseyside, curled a free-kick past Stephan Lehmann shortly after the restart, despite slipping as he took it.

Just as it looked as though Liverpool were about to pull away, Chassot raced clear, rounded James and scored with consummate to put Sion 3-2 ahead. It epitomised the hosts’ suspect defence at that time.

Barnes, in the twilight of his career but still a sublime footballer, back-heeled a delightful effort past Lehmann just a minute later, as a barmy evening of entertainment continued.

From that point on, it was all Liverpool.

Great friends McManaman and Fowler twice combined to devastating effect within the space of two minutes, with the latter firing home both times in typically ruthless fashion. 5-3.

The icing on the cake was delivered by Berger with a minute left, with the Czech winger squeezing an effort into the Kop net having been put clean-through by Barnes.

A fantastic game was complete, and Liverpool were through to the quarter-finals of the Cup Winners’ Cup, where they faced SK Brann.

The Reds’ cup run was halted by Paris Saint-Germain in the semi-finals. A disastrous 3-0 loss in Paris was too much to turn around in the return fixture, with a spirited 2-0 win at Anfield not enough to reach the final.

Liverpool also once again fell short in the Premier League, with Man United crowned champions and Evans and his side having to settle for fourth place in the end.

Evans didn’t last too much longer as manager, eventually leaving the club having failed in a joint role with Gerard Houllier. The Frenchman took sole charge in late 1998.

The Reds team of the mid 1990s is definitely one that underachieved hugely, and had the talent to win numerous trophies. Unfortunately, a lack of ruthlessness and professionalism often got in the way.

Despite that, it was an extremely exciting time to be a Liverpool supporter. The 6-3 win over FC Sion perfectly illustrated that.