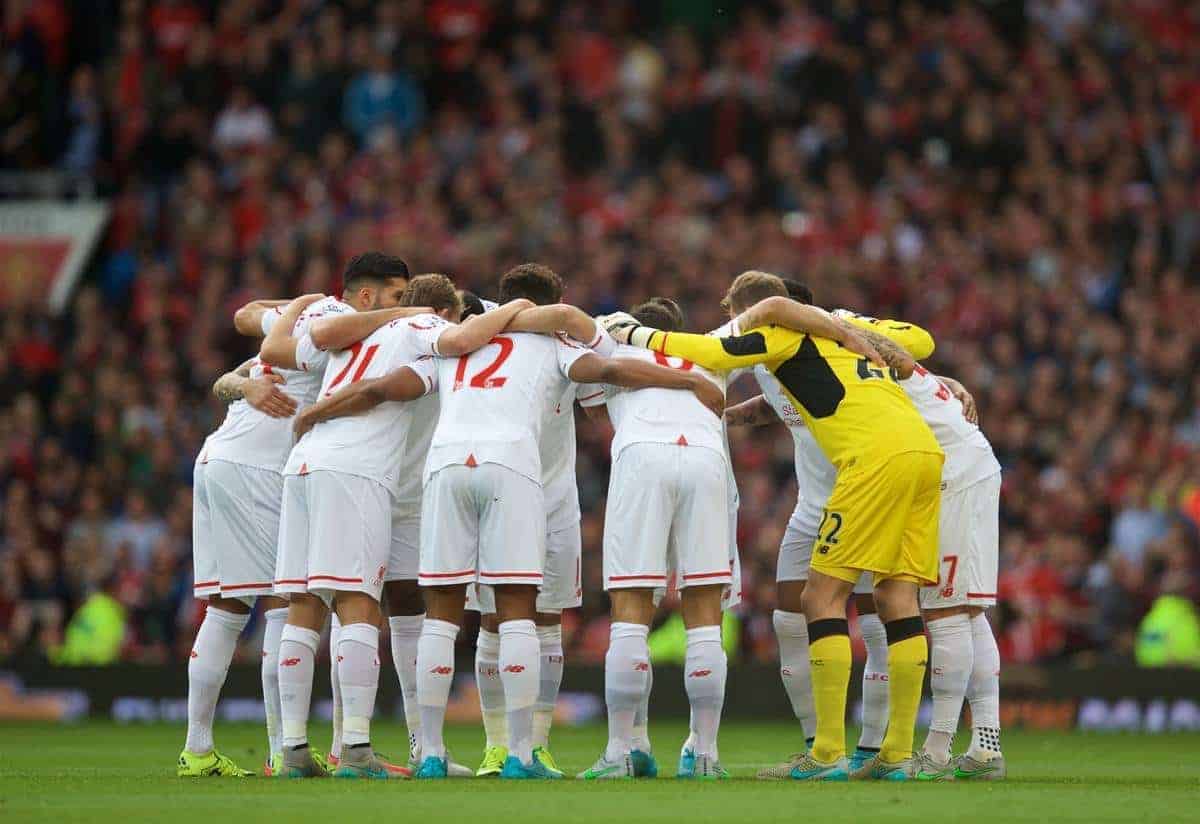 With the next batch of Premier League fixtures fast approaching, Henry Jackson predicts the outcome of three upcoming matches. Liverpool’s next league outing cannot come soon enough, as they look to banish the horrid memory of last Saturday’s 3-1 loss to Man United.

Brendan Rodgers and his side will be desperate to bounce back at home to Norwich City on Sunday, with more dropped points bordering on unthinkable.

Thursday’s 1-1 draw at Bordeaux in the Europa League, though played with glimpses of promise, will have done little to reduce the pressure.

There are a number of standout fixtures in the so-called ‘best league in the world’ in the coming days; here we predict how three will pan out.

The wave of negativity spreading across Liverpool fans at the moment is pretty bleak, with Rodgers now under real threat of losing his job in the near future.

The performance at Old Trafford was simply not good enough, and a huge response is needed when Alex Neil’s Norwich side visit Anfield.

The Canaries are fresh off the back of a resounding 3-1 win at home to fellow promoted side Bournemouth, and their exciting brand of football has the ability to cause an upset on Merseyside.

Wes Hoolahan is a hugely underrated footballer, and very much Norwich‘s version of David Silva. The 33-year-old’s creativity and eye for goal make him a real threat.

Cameron Jerome is a striker who, despite being a little erratic, has the pace and power to cause Dejan Lovren and Martin Skrtel real problems throughout.

The return of Philippe Coutinho will act as a huge boost for the Reds, and his influence in attacking midfield should give the team are a far better look to it.

It will be a tough afternoon for Rodgers and his side against a talented unit, but they will overcome a few scares to earn all three points.

This is the standout game of the weekend without doubt, and will be a big test of where both Chelsea and Arsenal are at this season.

The Blues have endured a miserable start to the campaign, winning just one of their first five matches, and their title bid already looks in tatters.

The likes of Branislav Ivanovic, Nemanja Matic, Cesc Fabregas, Eden Hazard and Diego Costa are all out of form, and Jose Mourinho’s side look leggy and lacking focus.

Arsenal, meanwhile, have recovered well from their opening day loss at home to West Ham, earning 10 points from their four games since.

The Gunners have quietly gone about their business in many ways, although the form of Francis Coquelin, Laurent Koscielny and Mesut Ozil has been eye-catching.

Theo Walcott is doing his best to convince Arsene Wenger that he should now be first-choice in a central striker role, and his speed and movement could be a great outlet at Stamford Bridge on Saturday lunchtime.

Wenger is still waiting for his first ever win over Mourinho, and this weekend could be his best ever chance to achieve that.

Chelsea look vulnerable to say the least, but while the hosts won’t win the game, the Gunners will miss the chance to really stick the boot into their rivals.

This could be an intriguing match-up between two of the Premier League‘s most in-form teams.

Swansea’s 1-0 loss at 10-man Watford last Saturday was a blow, but four points against Chelsea and United have shown how formidable they can be.

Former Red Jonjo Shelvey is enjoying some excellent form with the Welsh outfit, while Andre Ayew and Bafetimbi Gomis have started the season in inspired goalscoring form.

Everton were hugely impressive in their 3-1 win over Chelsea at Goodison Park last weekend, with Steven Naismith’s hat-trick showcasing what an effective player he can be.

John Stones continues to look a future world-beater at centre-back, while the balance Gareth Barry and James McCarthy gives the side is brilliantly understated. Romelu Lukaku is always a threat in attack too.

The Liberty Stadium is becoming one of the toughest grounds to visit in the league, and despite their impressive form, Everton will be another side to feel the wrath of Garry Monk’s team there.

Stalemates are the aim of the game in The Football Pools, specifically score draws. Every weekend, 49 top fixtures are selected, and all you have to do is pick ten that you reckon will end in a score draw.

Tens of thousands of pounds are up for grabs, and if you hit eight score draws from your ten, you’re guaranteed a big cash payout! A recent winner pocketed over £90,000, and all he did was pick out those score draws!

So much cash to win, and so little effort. And it costs just £1 to play! Plus, if you choose to play by direct debit, The Football Pools will give you your first four games for free!

So, if you think things will be a little too cagey on Saturday, make sure you set up a safety net with The Football Pools. If we have to settle for a score draw, not even the sight of Cech in the wrong goal will stop you dreaming.