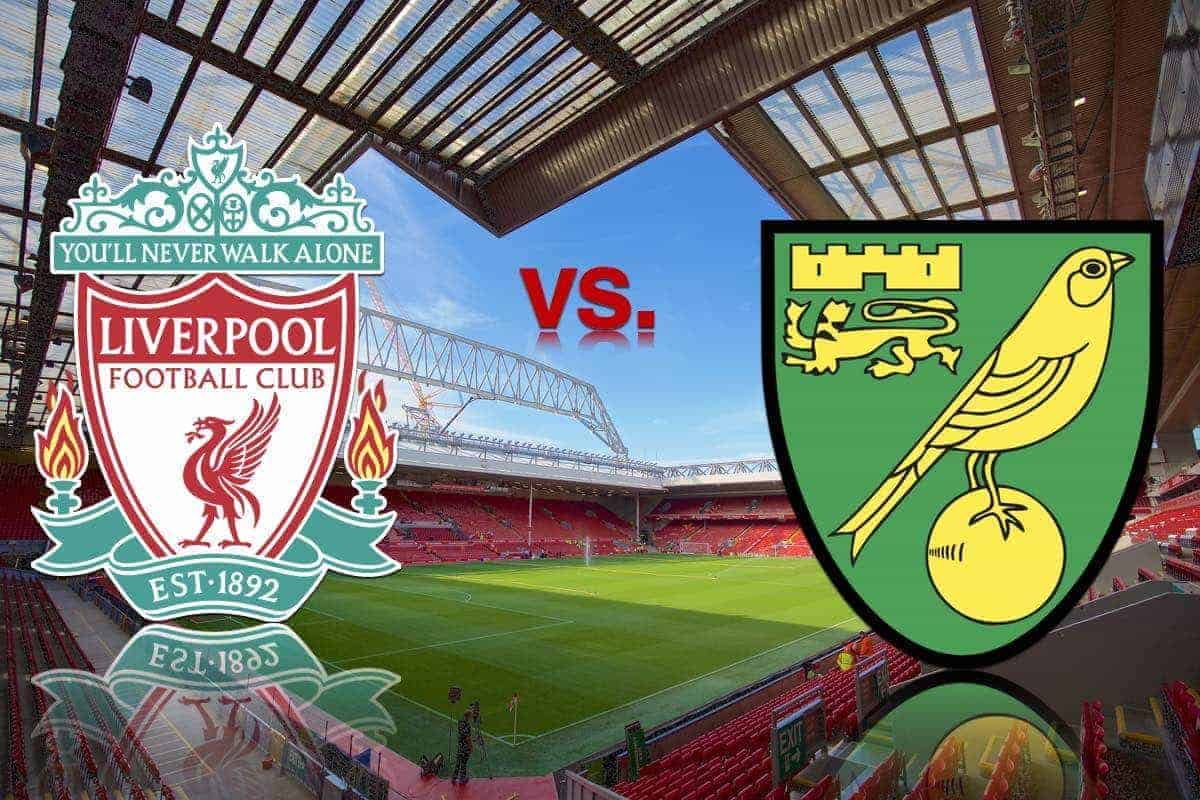 Liverpool return to Premier League action at Anfield on Sunday afternoon when they host Alex Neil’s Norwich City. Ben Twelves discusses the team selection options ahead of the fixture.

Despite being only the Reds’ sixth league game of the season, the match carries an extra significance for Rodgers and his squad following poor successive league defeats, and with pressure increasing on the Reds manager, maximum points really is a minimum requirement from Sunday’s encounter.

Norwich have had a miserable recent time at Anfield losing 5-0 and 5-1 on their last two visits to Merseyside and the Reds – who have won seven of the last eight games between the two sides – must make it another unhappy trip to L4 for the Canaries in order to get their league form back on track after an originally encouraging start transformed into a wholly unimpressive one.

Rodgers’ side will need to find some improved attacking threat and goal-scoring form for that to happen – only bottom-of-the-table Newcastle have scored fewer goals than Liverpool who have found the net five times less than Norwich – and with the need for three points vital with extremely testing fixtures looming, it must materialise instantly against Neil’s men.

Jordan Henderson is battling to be fit for the clash after returning from America where he underwent specialist treatment on his persistent heel injury, but the game could see a welcome return to match-day involvement for Daniel Sturridge.

Rodgers rested a number of first choice picks for Thursday’s Bordeaux draw but with a number of impressive displays from fringe and young players in the European opener, the Reds boss must think long and hard before deciding to recall those left out for the visit of the Carrow Road outfit.

If Rodgers sticks to the original plan, Nathaniel Clyne, Martin Skrtel and Dejan Lovren are set to re-form three-quarters of Liverpool’s defence, while Lucas Leiva and James Milner appear certain to return to the midfield shape up with Christian Benteke resuming his striking role.

But the impressive performances of defensive duo Mamadou Sakho and Alberto Moreno, as well as Jordan Rossiter in midfield, give the manager a far from straightforward selection and the trio will all be hopeful of keeping their places in the starting XI.

Emre Can will also hope to continue his promising start to the season in midfield, and Philippe Coutinho’s availability makes him one of those certain to feature at the weekend, while Adam Lallana will be looking to build on his goal-scoring performance.

Roberto Firmino was unused in midweek and could come back in at Anfield where Danny Ings and Divock Origi will be hopeful of minutes at some stage after Thursday’s action.

Rodgers faces a really tough decision over his starting team for a game of real importance and he has a number of options to choose from.

The Liverpool boss redeployed the 3-4-2-1 formation in Bordeaux, and with a decent result coming from a youthful team, the Northern Irishman could stick with the shape.

Within that, Lovren and Skrtel should be joined by Sakho after a solid display as skipper in his home country, and Moreno should keep his shirt at left wing-back with Clyne coming back into the side, replacing the struggling Jordon Ibe on the right.

Lucas and Milner will form the midfield having been left at home for that reason, and the experienced pair could play behind Coutinho and the rested Firmino, who would operate in support of fit and fresh Benteke.

Should Rodgers stick with the same shape, the changes of personnel could see the Reds line up like so on Sunday afternoon: Alternatively, the Liverpool leader could scrap using the system and stick to his favoured 4-3-3 set-up in a game his side must attack head-on.

Difficult decisions would arise over who features centrally in the back four, but Sakho’s leading performance means he must play alongside Skrtel, with Clyne and Gomez filling the full-back positions.

With Lucas rested, seemingly as Henderson won’t be fit to play, the Brazilian would continue to anchor in holding midfield behind Milner who should be partnered by Coutinho to allow an extra attacking option to feature.

That man should be Lallana after his goal in midweek, and Firmino should certainly enter after watching only on Thursday night, with the pair playing in support of Benteke.

In a 4-3-3 system and with the changes to the starting team, Liverpool could look like this come 4pm kick-off time at Anfield: The Premier League season may only be five games old and it may be too early to label games as “must win”, but the pressure and significance of Sunday’s clash makes it the closest you will find to a game of that stature.

Rodgers and his squad simply must make it happen.

A 1-0 victory for Liverpool to give Brendan Rodgers some breathing space after so much recent pressure.

We’ve made our prediction — now make yours and win FIFA 16!

We’ve teamed up with Dohyo — the Fantasy Football Predictions app — to give you the chance to win a copy of FIFA 16 for a console of your choice.

Simply download Dohyo from the App Store for free, join the This Is Anfield contest and make your predictions for forthcoming Premier League games. The competition runs until the end of October, when we’ll announce a winner. Good luck! * Dohyo is available on the UK App Store.