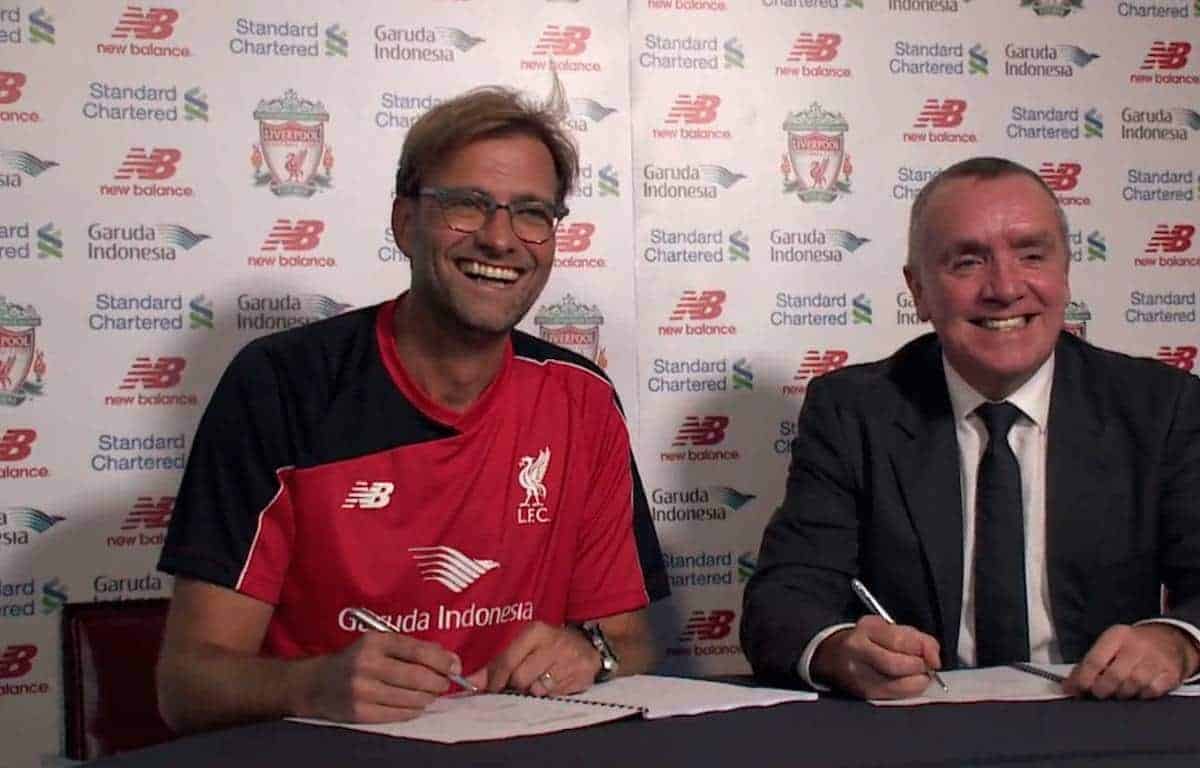 Jurgen Klopp has been officially confirmed as the new manager of Liverpool Football Club.

Klopp becomes the seventh person to manage the club in the Premier League era, and the 20th since the club was founded in 1892.

The 48-year-old German is appointed following the sacking of Brendan Rodgers after three years and four months in charge at Anfield.

Klopp is reported to have signed an initial three-year deal at Liverpool and will bring with him assistants Peter Krawietz and Zeljko Buvac.

Klopp landed at Liverpool airport on Thursday afternoon and will be officially unveiled at a press conference at 10am on Friday morning.

The former Borussia Dortmund coach’s first game in charge of Liverpool will be away to Tottenham Hostpur on October 17th. His first home game will be vs. Rubin Kazan the following Thursday, October 22nd.

[quote_box_right]Klopp’s first 6 games:
Spurs (a)
Kazan (h)
S’ton (h)
B’mouth (h)
Chelsea (a)
Kazan (a)
[/quote_box_right]Klopp arrives at Anfield after a short break, having left Dortmund in the summer. Owners FSG moved for the charismatic coach and finally landed the man they sought out back in 2012 prior to Rodgers’ appointment.

Follow This Is Anfield on Youtube to get Klopp’s first press conference in full, for free: youtube.com/thisisanfield.