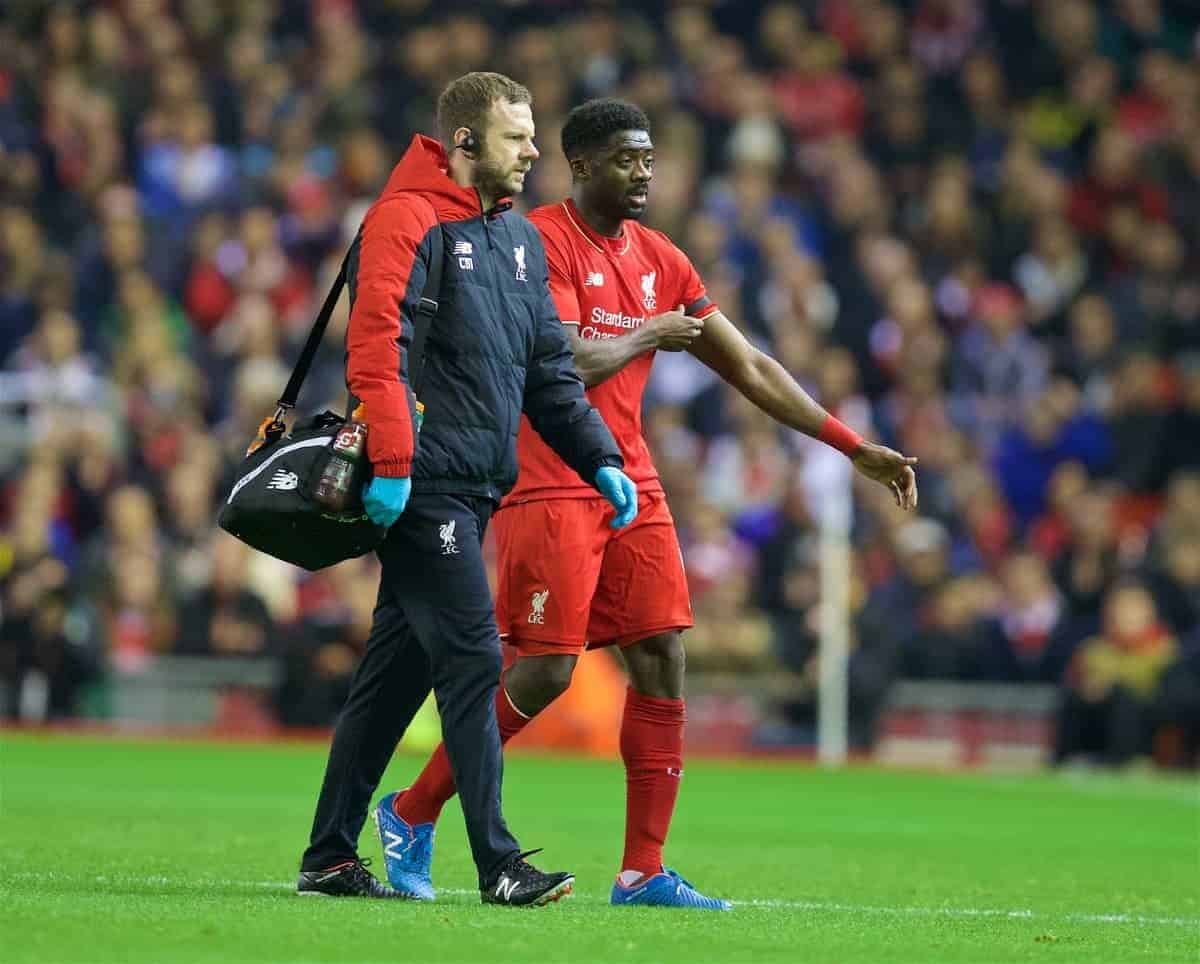 Kolo Toure limped out of Liverpool’s League Cup tie against Bournemouth at Anfield on Wednesday night after half an hour, suffering from a hamstring strain.

Captaining the side in the absence of Jordan Henderson (injured) and James Milner (suspended), it was the 34-year-old’s third start of the season – he came off injured in the last one too, against Sion.

Replaced by Martin Skrtel, Toure is now expected to miss between two and four weeks with the hamstring injury.

It’s another injury problem for manager Jurgen Klopp, who would have used Toure in next week’s Europa League tie in Russia against Rubin Kazan.

Instead, Klopp will be forced to use one of his first choice centre-backs, either Skrtel or Mamadou Sakho, on the long trip to Kazan.

Meanwhile, defenders Andre Wisdom and Tiago Ilori are out on loan at Norwich and Aston Villa respectively, with neither getting regular playing time.

One of the major issues Klopp has inherited from Brendan Rodgers is a clear lack of depth given the four competitions the Reds are competing in – several of the players Rodgers loaned out could have been very useful right now.