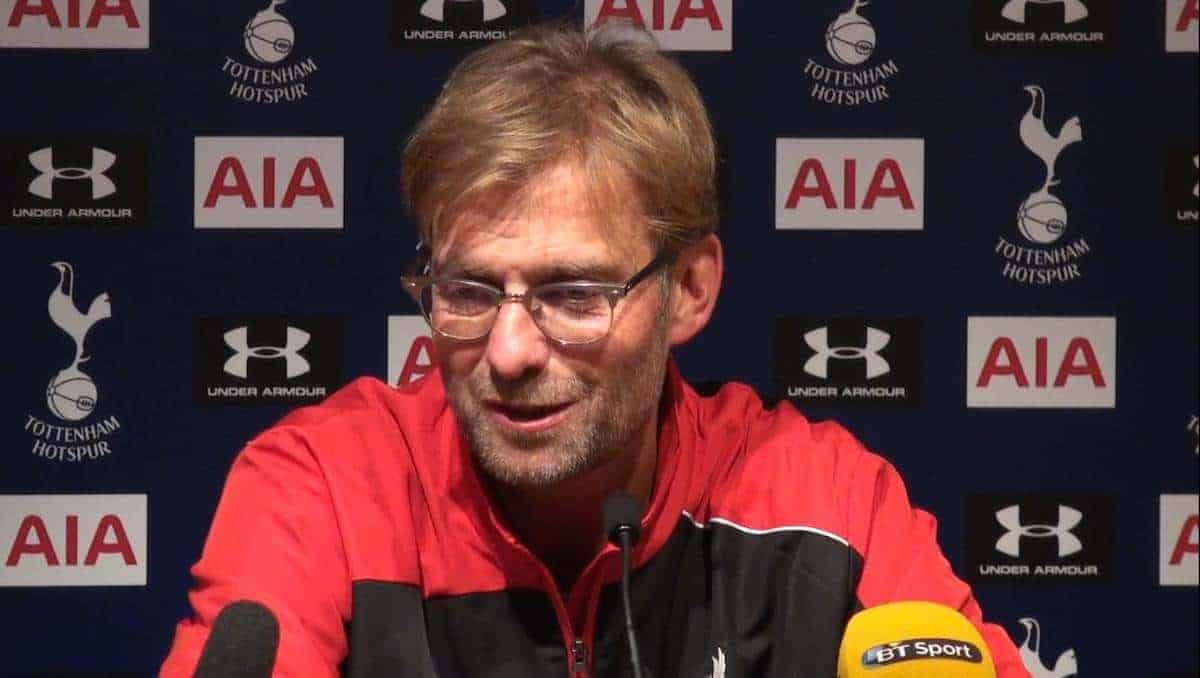 Liverpool boss Jurgen Klopp was satisfied with the 0-0 draw at Tottenham and said the game gives him plenty to work on.

“I’m satisfied,” Klopp said of the draw. “This is not the worst sign as I hadn’t got the biggest expectations for the game as we only had three days together and Tottenham are a strong and tuned team.

“It could have been difficult yet I’m really satisfied. The start was brilliant and we surprised them a little bit.

“Football is a result sport. We need all the results, we have to try and improve, work together and do the things together we want to see. The nil on the right side is okay, the nil on the other side doesn’t give you the same feeling.”

Klopp also praised Divock Origi, who he said he tried to sign for Dortmund, and provided an update on Daniel Sturridge‘s fitness.