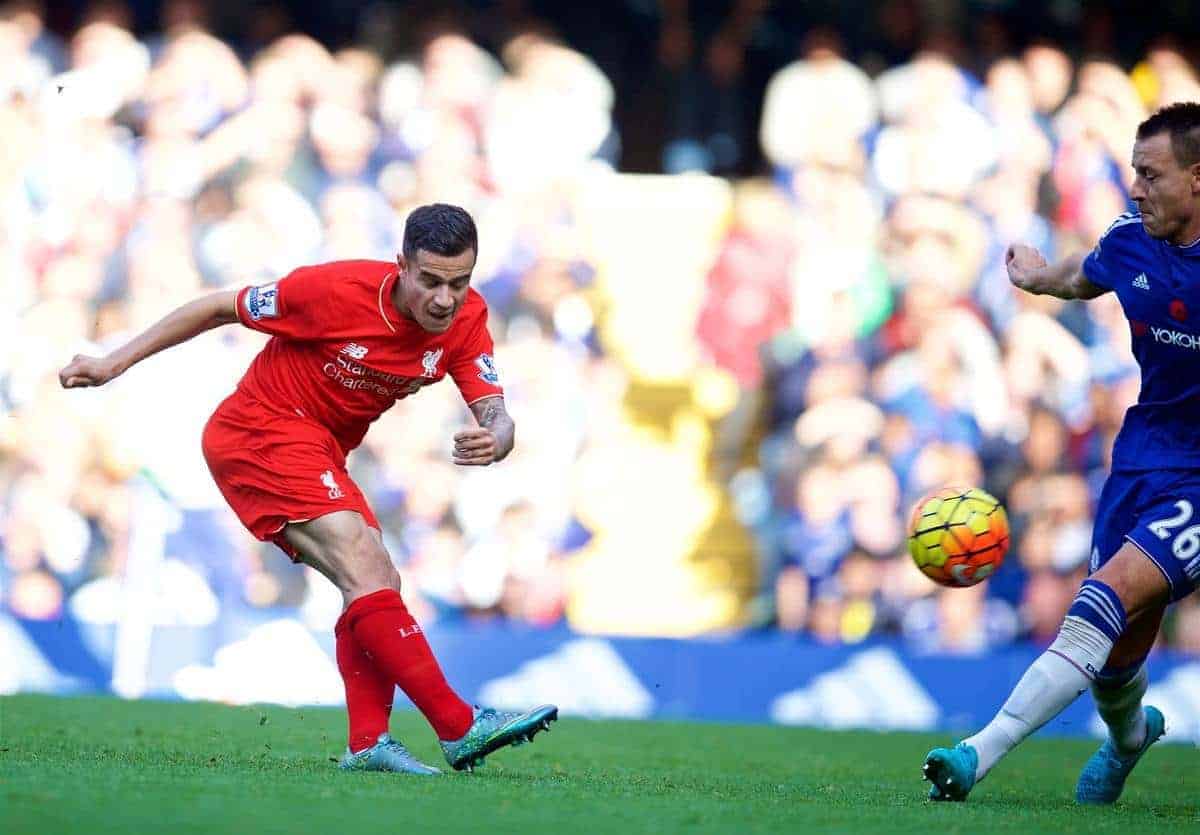 After missing Liverpool’s 1-0 win away to Rubin Kazan in midweek, Philippe Coutinho is set to return for Saturday’s clash with Crystal Palace.

Coutinho scored twice to secure victory over Chelsea last weekend, but suffered a knock which saw Jurgen Klopp leave him on the substitutes’ bench in Russia.

But speaking to reporters at Melwood on Saturday, the German confirmed Coutinho would return on Sunday.

“He told me he was okay on Thursday, yeah!” he explained.

Providing a general fitness update, Klopp suggested that – despite minor issues sustained on Thursday night – he should have a similar squad available to him as at Stamford Bridge.

“We had some small problems after this game, normal problems, so we have to wait until the last minutes or hours until we are sure,” he continued.

“But nothing serious in this moment.

“We will see who can train, then we start on the starting lineup.”

With both Coutinho and Lallana returning at Anfield, Klopp’s midfield options are very strong, with the pair joining in-form duo Roberto Firmino and Jordon Ibe in competing for a starting role.

Christian Benteke is likely to continue his stint as Liverpool’s lone centre-forward, with three of Coutinho, Lallana, Firmino and Ibe in support.