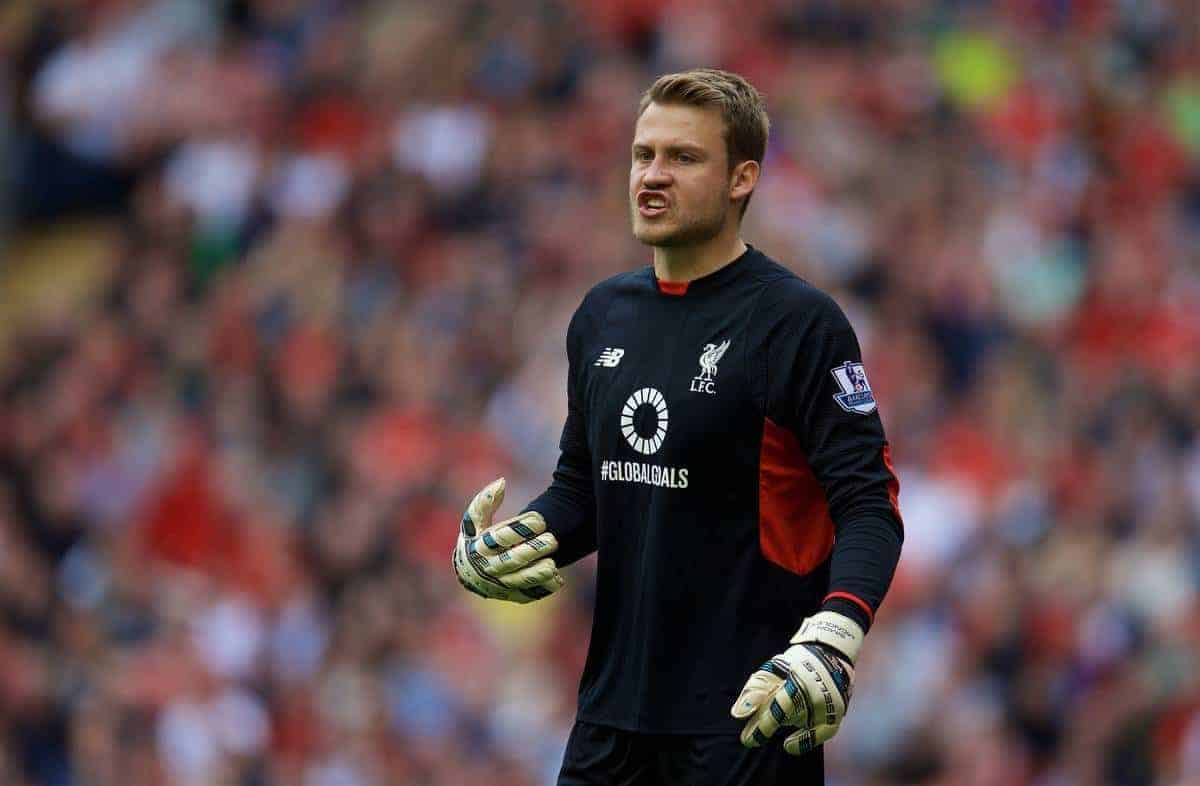 Many of Jurgen Klopp‘s Liverpool squad were in action for their international sides this week, with Simon Mignolet the star performer.

Seven of Klopp’s players were involved in international action, while four others were included on the substitutes’ bench for their respective national sides.

With Thibaut Courtois injured, Simon Mignolet continued his role as Belgium goalkeeper, as Marc Wilmots’ side defeated Italy 3-1 at the King Baudouin Stadium on Friday night.

The Liverpool goalkeeper was in fine form throughout, keeping the dangerous Graziano Pelle at bay.

Christian Benteke remained on the bench for this victory.

Joe Allen, fresh from sealing progress to the European Championship with Wales, played all 90 minutes as his side lost 3-2 to the Netherlands in Cardiff.

After going behind to a Bas Dost header, Allen had the opportunity to equalise from the penalty spot, and while the midfielder saw his effort saved by Jasper Cillessen, Crystal Palace‘s Joe Ledley was on hand to nod the rebound home.

An Arjen Robben brace eventually sank Chris Coleman’s side, with Emyr Huws scoring what proved to be a consolation goal on 70 minutes. Danny Ward featured on the bench.

Elsewhere, Adam Lallana endured a disappointing night as England were beaten 2-0 by Spain on Friday.

The 27-year-old started on the right-hand side of a 4-2-3-1, operating in a similar role to that under Klopp at Liverpool, but produced a limp performance in his 62 minutes on the field.

Though full of enthusiasm and endeavour, Lallana lacked quality throughout, losing the ball with disappointing frequency.

Mario Gaspar’s remarkable, acrobatic goal on 72 minutes was followed up by a sumptuous finish from Santi Cazorla to give Spain the victory, with Nathaniel Clyne an unused substitute for the Three Lions.

Martin Skrtel led Slovakia out in a friendly clash with Switzerland on Friday night, which saw Jan Kozak’s side win 3-2 in a five-goal thriller.

A brace from Michael Duris and one from Robert Mak gave Slovakia a 3-0 lead before the hour mark, with Erin Derdiyok and Josip Drmic setting up a tense conclusion with goals in the second half.

Adam Bogdan was an unused substitute as Hungary defeated Norway 1-0 on Thursday evening.

Twenty-one-year-old midfielder Emre Can came on as a first-half substitute in Germany’s 2-0 loss to France, in a clash which proved ultimately irrelevant, as terror unfolded throughout Paris on Friday night.

Can stayed with the Germany squad overnight at the Stade de France, before departing this morning.

Our thoughts are with those affected.

Divock Origi, included in a Belgium U21s squad seeking qualification for the European U21 Championship, led the line from the start as Johan Walem’s side lost 1-0 to the Czech Republic.

After falling behind to a Patrik Schick goal in the 11th minute, the Red Devils were unable to claw back a result.

Origi performed well in a centre-forward’s role, troubling Czech goalkeeper Lukas Zima with a fine long-range effort on 36 minutes after some great footwork on the edge of the box.

It was Wilson’s strike which sealed victory for the young Welsh side, with the Crewe Alexandra loanee firing home deep into stoppage time.

After the game, Wilson took to Twitter to say it was “always nice to grab the winner.”