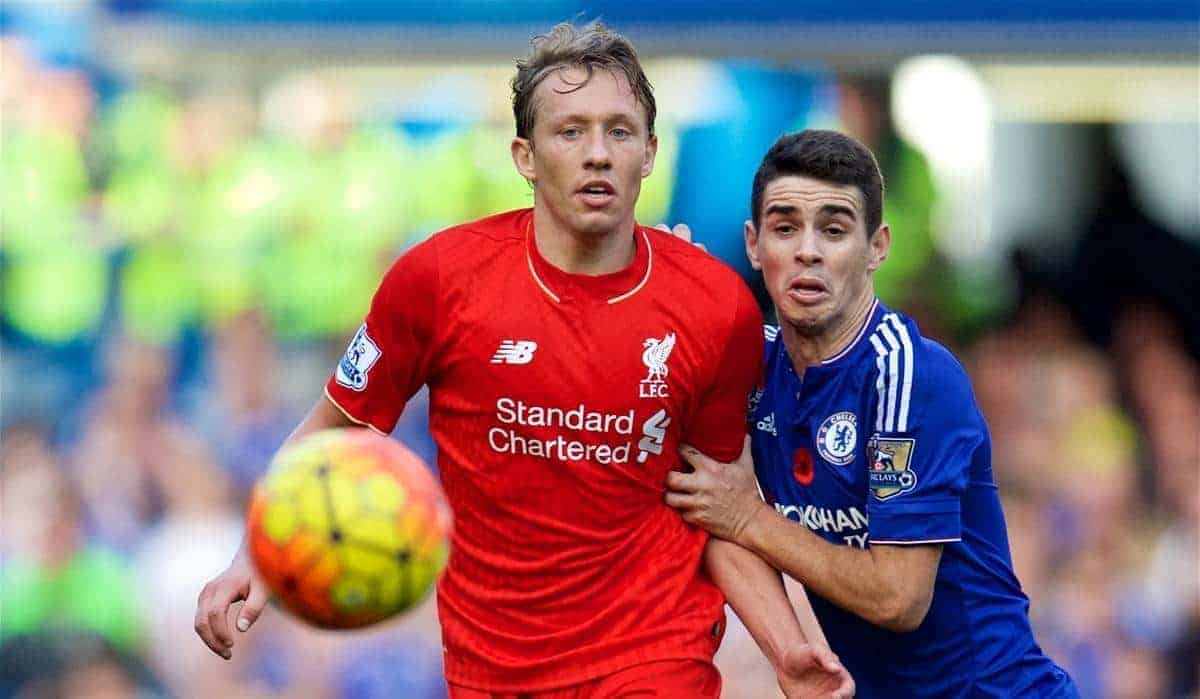 Lucas praised the performance of referee Mark Clattenburg in Liverpool’s 3-1 win at Chelsea after being the subject of Jose Mourinho’s fury.

Mourinho declined to say so due to his ongoing disciplinary disputes with the Football Association, but the under-pressure Blues boss intimated he felt the Brazil midfielder should have been sent off for a second yellow card with more than 20 minutes to go and the game level at 1-1.

Clattenburg gave Lucas the benefit of the doubt – something Nemanja Matic was not afforded at West Ham, leading to Mourinho’s dismissal the previous week – and Liverpool went on to score two more in a second victory for Jurgen Klopp.

“(It) will probably be talked about. It’s normal, especially when you lose a game,” Lucas told Liverpool TV.

“Sometimes in my position you make fouls, more to stop the game. I think it was a good decision from the referee, he controlled the game very well.

“Other situations as well with the Chelsea players he dealt (with) really well.

“I think it was a fair game. People will say this could change this game. In the end we were the better team.”

Liverpool were a goal behind after four minutes when Ramires headed in, but the response was impressive, with Philippe Coutinho scoring twice and Christian Benteke coming off the substitutes’ bench to net a third.

“The last few months showed if we concede our body language wasn’t the best,” Lucas added.

“After the Southampton game the manager spoke to us and said ‘you can’t think too much about a goal if you concede, you just need to get back in the game’.

“That’s what we did. The goal came at the right time for us, just before half-time, but even first half I thought we were the better team.

“It’s still a lot of things to improve, but it’s better improving and winning.”

Liverpool next play Rubin Kazan on Thursday and then Crystal Palace next Sunday, with Lucas looking to make it four straight wins prior to the international break.

He added: “It was a massive win for us. After a few draws we needed these three points and hopefully the next two games, the Europa League and the Premier League, we get good momentum before the international break.”

Klopp praised Coutinho for his decisive strikes, having also done the hard work.

The German said: “Phil is a very good example of our situation. He’s brilliant, everybody knows he’s brilliant. “But there are moments in your life where you have to work so that it looks easy.

“It was not easy but he was still in the game. He helped us and then he made the difference. That’s very important.”