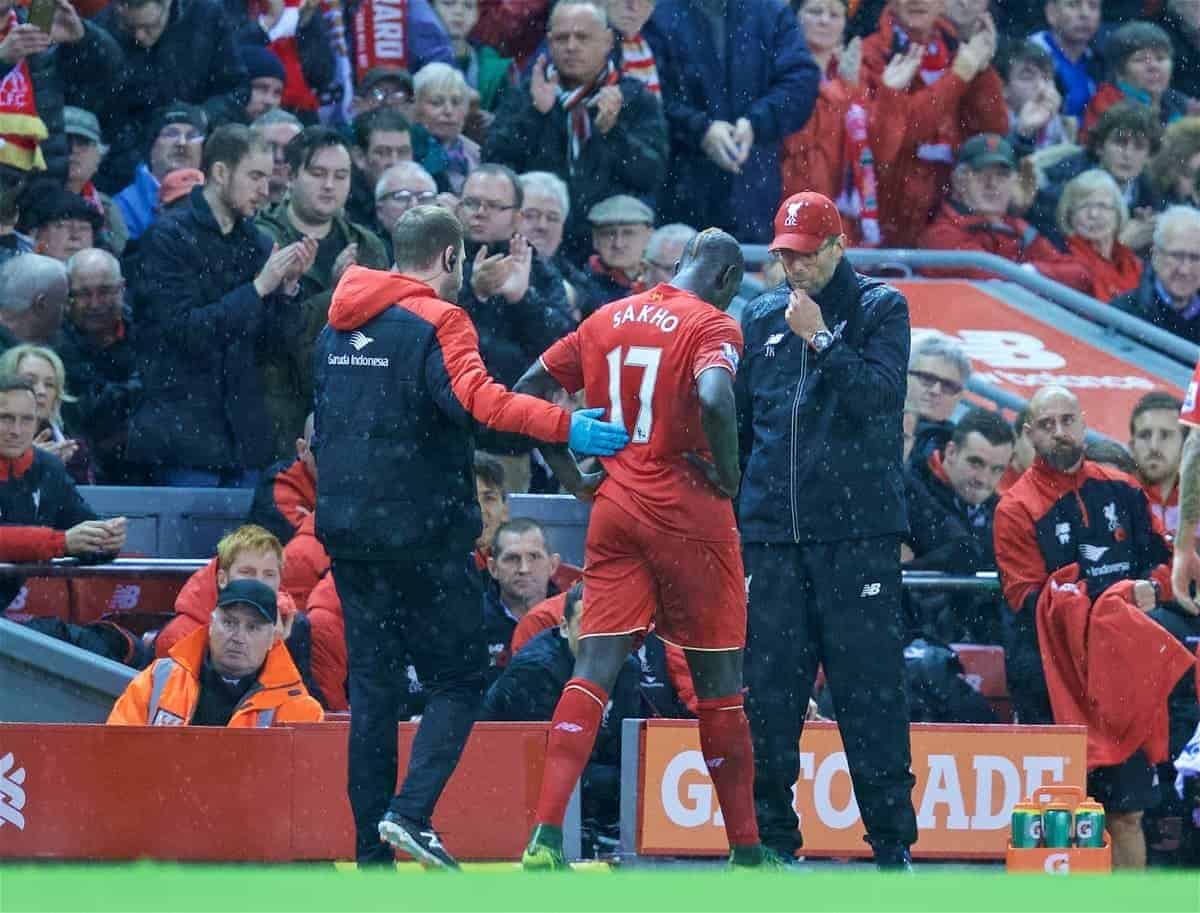 Mamadou Sakho is set to undergo scans for a knee injury sustained in Sunday’s 2-1 loss to Crystal Palace, with fears of an ACL problem.

Sakho was withdrawn on 40 minutes at Anfield, after landing awkwardly challenging for a header, and left the stadium on crutches, with a brace around his right knee.

Ahead of a scan at Melwood on Monday afternoon, the Frenchman is feared to have suffered another debilitating anterior cruciate ligament injury.

James Pearce of the Liverpool Echo shed worrying light on the issue, with Sakho facing a potentially season-ending diagnosis.

Losing Sakho would be a major blow to Liverpool’s top-four hopes this season.

The 25-year-old is the Reds’ strongest centre-back, and has thrived following the arrival of Jurgen Klopp.

But perhaps more disappointing is that Sakho would be joining both Danny Ings and Joe Gomez on the long-term injury list, after the young duo both suffered similar ACL problems in October.

Sakho was replaced by Dejan Lovren on Sunday, and the Croatian would likely take up his first-team role until the January transfer window at the very least.

Speaking after the game, Klopp expressed his frustration at Sakho’s withdrawal.

“I don’t want to speculate now but we have to hope it is not too serious. That was the worse thing,” he told reporters.

“I would prefer to lose 4-1 and keep him in the team but it was the situation and now we have to see.”

Sakho has pulled out of the France squad for the upcoming international break, with Didier Deschamps calling up Saint-Etienne defender Loic Perrin as his replacement.