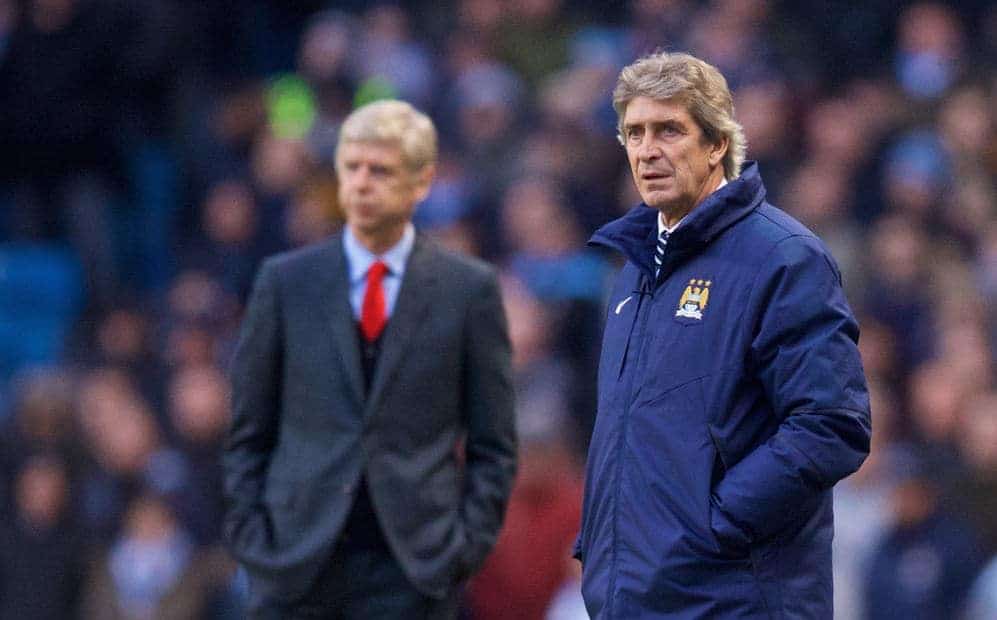 With another unpredictable weekend of Premier League football on the horizon, we bring you a comprehensive preview of what is on offer. Liverpool will be looking for a positive result when they visit Watford on Sunday lunchtime, with last weekend’s 2-2 draw with West Bromwich Albion another frustrating result at Anfield.

Jurgen Klopp‘s side need to start finding some consistency, and victory at Vicarage Road would stand them in good stead going into the Christmas fixtures.

It is just one of 10 eye-catching Premier League showdowns this weekend.

The two current favourites for the league title do battle on Monday evening, as Arsenal host Manchester City in north London. It promises to be an intriguing tussle between two talented teams.

The Gunners will fancy their chances, and are currently on one of their high-flying spells of form, having defeated both Olympiakos and Aston Villa in the last week or so.

City continue to look flawed, and until captain Vincent Kompany returns to the heart of their defence, they will look susceptible at the back.

A win for Arsene Wenger’s side would put them four points clear of Manuel Pellegrini’s men, and would arguably make them favourites to lift the Premier League trophy come May.

Leicester City‘s unbelievable season shows no sign of slowing up any time soon, with the 2-1 win over Chelsea on Monday another great victory for the Foxes.

The current league leaders travel to Merseyside to face Everton on Saturday afternoon, and it will be another big test of their credentials.

Louis van Gaal is becoming more and more of a laughing stock as Manchester United manager, and his side simply must beat Norwich City at Old Trafford on Saturday, following last week’s 2-1 loss at Bournemouth.

Injuries are crippling them currently, in fairness, but their style of play remains the most boring in the Premier League on current form.

Chelsea‘s aforementioned defeat to Leicester was, remarkably, their ninth in just 16 league matches this season, and Jose Mourinho paid the price, with the club dismissing him on Thursday afternoon.

Like United, they must beat Sunderland at home on Saturday to restore some sort of parity, and look to turn a corner ahead of their next managerial appointment.

Newcastle United against Aston Villa is a crucial clash at the bottom of the table, with more dropped points for Villa threatening to consign them to relegation already.

While Romelu Lukaku has deservedly dominated Everton headlines because of his relentless goalscoring record in 2015/16, the form of Gerard Deulofeu has also been very impressive.

The young Spaniard has already registered seven assists in the league this season, with his delightful cross for Lukaku’s goal against Norwich perfectly illustrating his deadly final ball. Get him in your fantasy football team.

Marouane Fellaini is far from the most gifted footballer in the world, but he is at least one of United’s more effective performers at the moment.

He is a real handful on his day, as proven against Bournemouth last weekend, and his physical style and eye for goal could make him a match-winner against Norwich at Old Trafford.

Toby Alderweireld has enjoyed a rock-solid season at centre-back for Spurs, and he will be desperate to impress at former club Southampton on Saturday.

The St. Mary’s showdown has the feel of a low-scoring contest about it, and Alderweireld may well ensure his side don’t concede on the day.

The Belgium international also chips in with goals at the other end of the pitch.

Alberto Moreno is enjoying a very fine season for Liverpool, especially since Jurgen Klopp‘s arrival as manager, and he would be a shrewd inclusion to your team this weekend.

The 23-year-old left-back has created more chances than any other Premier League defender this season, and Mamadou Sakho’s return will also heighten his chances of keeping a clean sheet against Watford. It’s a no-brainer.