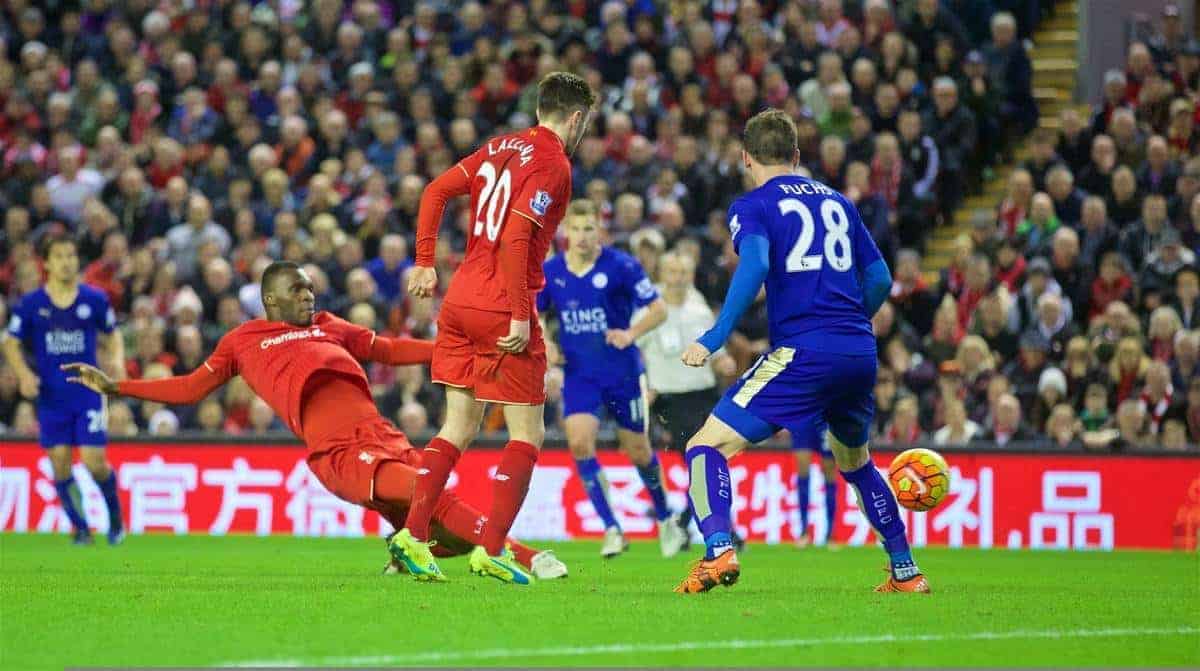 It was a dominant performance from start to finish by the hosts and it was hugely pleasing to see them keep a rare clean-sheet.

After a run of matches without a win – the last league win being against Swansea in November – picking up a victory was paramount against dangerous opponents. Liverpool did exactly that.

Here are five talking points from the game:

For a while now, Mamadou Sakho has been untouchable in the eyes of many Reds supporters, while Dejan Lovren has been ridiculed for being one of Liverpool’s worst ever signings.

Things were very different at Anfield on Saturday, however, with the two paired alongside one another in the absence of Martin Skrtel.

Lovren produced a highly impressive performance in the centre of defence, reading danger, using the ball well and more calm than previously witnessed.

Gonna have to give Dejan Lovren the “most effective defender of the game” award, too. Been a while coming and both made cock-ups, but still!

Sakho, on the other hand, was shaky on the ball a number of times, and not in that “he looked awkward but he’s actually great in possession” way either. He was just genuinely clumsy.

The 25-year-old’s positional sense also let him down a couple of times, and it is clear to see that he is still searching for his best form since returning from a knee injury.

That said, Lovren and Sakho did well as a partnership, keeping their fourth clean-sheet in six starts together. It once again raises suggestions that Skrtel is Liverpool’s weak-link at the back.

Benteke scores, but frustrates once again

Divock Origi was enjoying a very impressive first-half showing against Leicester, before injury cruelly ended his afternoon before half-time.

When Benteke replaced his compatriot, it represented a wonderful opportunity for the Belgian to prove his critics wrong and provide the movement and work-rate Klopp said he expects of him earlier this week.

By the interval, however, he had already produced a couple of infuriating moments, most notably being caught offside several times.

His drab performance continued into the second-half, but his moment of redemption came in the 63rd minute, as the 25-year-old finished coolly past Kasper Schmeichel, scoring the game’s only goal in the process.

Despite silencing his critics to an extent, this was still an unacceptable display from a player who cost Liverpool a whopping £32.5million.

His comical late miss, which is likely to go viral such was its level of incompetence, summed up his day really.

Benteke deserves credit for being the match-winner, but other than his goal, the same old deficiencies in his game were there for all to see.

Jordan Henderson has struggled to grow into his role as Liverpool captain thus far, with a three-month injury lay-off and the pressure to replace Steven Gerrard proving problematic.

The England international was fantastic against Claudio Ranieri’s table-toppers, though, putting in a man of the match performance.

Henderson was everywhere for his side, and while others around him lost legs and influence late on, he continued to be a force of nature, providing box-to-box energy that few are capable of.

.@JHenderson attempted more passes than any player on the pitch during the first half vs. Leicester City. #LFC pic.twitter.com/gQ1t0gxeYs

How good was Henderson today? Outstanding performance from the captain.

One perfectly-timed tackle after a surging track-back epitomised the 25-year-old’s afternoon, and the way in which he over-lapped time and time again down the right-hand side was great to see.

The skipper is one of the Premier League‘s most unsung players, and without his all-round quality, there is every chance Klopp and his side would not have seen off Leicester in the end.

Henderson was a huge loss through injury, and while he may not possess the talent of Philippe Coutinho or Daniel Sturridge, performances like Saturday’s make a strong case for him being Liverpool’s best player.

If you are being picky, his final ball could have been slightly better on occasion.

Liverpool have had fairly wretched luck with injuries this season, but the hamstring has proved to be particularly troublesome.

When Origi limped off before the interval, it signalled the 10th time a player has succumbed to such an injury since Klopp’s arrival in October. “Hamstring is the shit word of the year for me,” commented Klopp post-match.

Simon Mignolet and Coutinho have only recently returned from hamstring issues, while Skrtel, Sturridge and Jordan Rossiter are all currently sidelined with them too.

Add to that hamstring problems for James Milner, Kolo Toure and Jose Enrique in the last couple of months, and it could point to a change in training techniques creating these muscular injuries.

Liverpool players will certainly benefit from a full pre-season under Klopp next season.

Three vital points in the bag

After such a poor run of results in recent weeks victory was imperative against the Foxes.

With the Christmas and New Year fixtures always relentless, this was the perfect start to their hectic festive schedule.

Man United had lost at Stoke City earlier in the day, so the chance to gain ground on both them and Leicester in the top-four battle added extra importance to the game.

Thankfully, Liverpool did just that, and while winning ugly can sometimes be all that matters, the fact that they deservedly won the game made it even sweeter.

Beating Leicester should not necessarily be seen as a statement of intent, but inflicting just their second league defeat of the season on them will act as a definite confidence boost to the Reds.

Sunderland await next, on Wednesday, and another win would increase their Champions League hopes further.