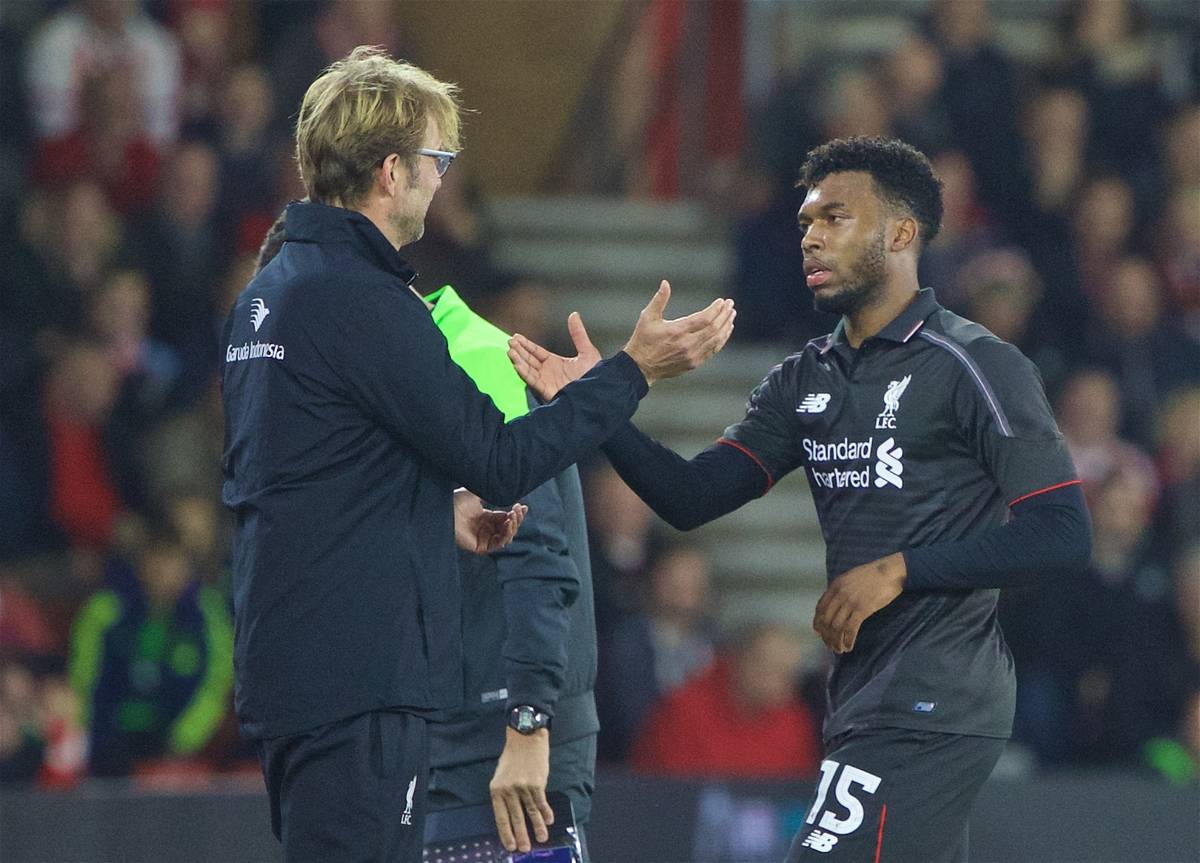 Liverpool boss Jurgen Klopp has stressed he is not looking to recruit a new striker in the January transfer window.

The Reds are once again without the injury-plagued Daniel Sturridge after he was ruled out for a number of weeks by a hamstring problem sustained last weekend, while fellow frontman Danny Ings (knee) is sidelined for the rest of the season.

The strikers available to Klopp are Christian Benteke, scorer of five goals in all competitions since his summer move from Aston Villa, and Divock Origi.

The manager also mentioned forward Roberto Firmino – a summer signing with one goal for the club to his name so far – on Saturday as he insisted he was content with the options he already has.

“It is a situation I can work with,” the German said ahead of Sunday’s Barclays Premier League game against West Brom.

“And if you take a new player, a striker, who can help you immediately, and then when the day comes and Daniel is back in the race and maybe better than before, more confident, fitter than before, then we would sit here and talk about all the problems we have with all these players that are not playing and so on.

Klopp – who does have five-goal playmaker Philippe Coutinho back available now after a recent spell out with a hamstring injury – gave an update Sturridge’s progress, emphasising the need to give the England international “more resistance for the intensity of football”.

Klopp said: “At the moment he is doing aerobic training. It is very important to give him a better base than he had before.

“We have to give him more resistance for the intensity of football. That is what we do, together with him.”

Klopp expects Jordon Ibe to be fit to return to the Liverpool squad on Sunday after the winger missed the 0-0 Europa League draw at Sion on Thursday due to illness.

Klopp also revealed that defender Mamadou Sakho, absent for the last six games because of a knee complaint, has returned to training and could be available for the trip to Watford on December 20.