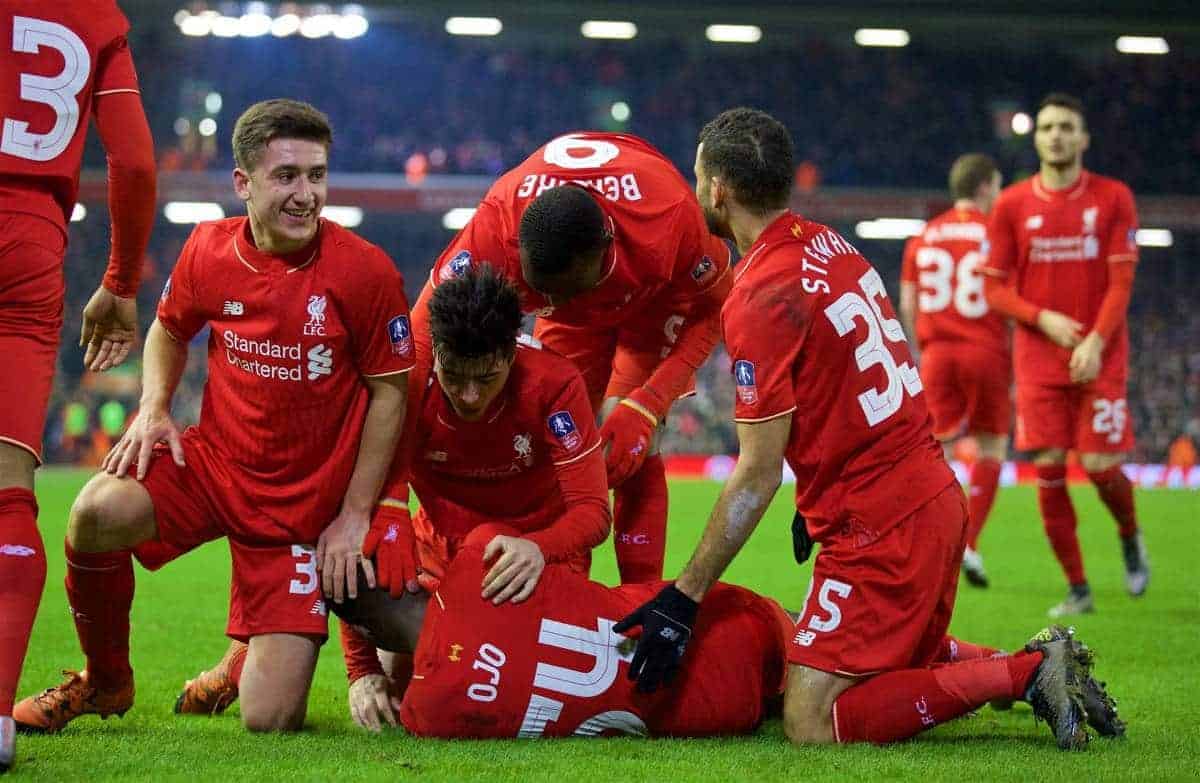 Jurgen Klopp is set to make a changes to his side for West Ham United’s FA Cup visit on Saturday, and we take a look at how the Reds could line up for the fourth round tie.

Liverpool continue cup exploits this weekend as they resume their quest for a second shot at silverware against the Hammers, having already reached February’s League Cup final.

The hectic fixture schedule persists for Klopp’s men – who play their ninth game since the turn of the year – and the Reds boss has confirmed changes will be made as Liverpool look to round off what would be a real positive week by sealing a place in round five of the FA Cup.

With Klopp having confirmed changes will be made, it’s just a case of how many he decides to implement.

The German boss could make a number but still retain a strong side with a spine of experience, with Simon Mignolet starting behind Caulker and Lovren, Allen coming in, and Lallana supporting Benteke in attack.

Supplemented by reintroducing Clyne and Jordon Ibe, and handing Smith, Brannagan and Joao Carlos Teixeira starts, a changed but strong Liverpool could line up like this at Anfield: However, Klopp categorically stated he will not ignore the impact of the last two fixtures on those that played, and may simply choose to rest as many of those who featured as possible.

That could see Danny Ward handed his Reds debut, Flanagan continue at right-back and Ojo handed a start after his goalscoring display in the last round.

With those alterations, a more youthful Reds XI could line up looking like this at 5:30pm kick-off time: Liverpool have one trip to Wembley booked, and the Reds must continue their pursuit for another with victory in what promises to be a tough challenge against the Hammers.

Liverpool vs. West Ham kicks off at 5:30pm on Saturday evening. Join This is Anfield for live coverage, news, opinion, player ratings and reaction throughout the night.