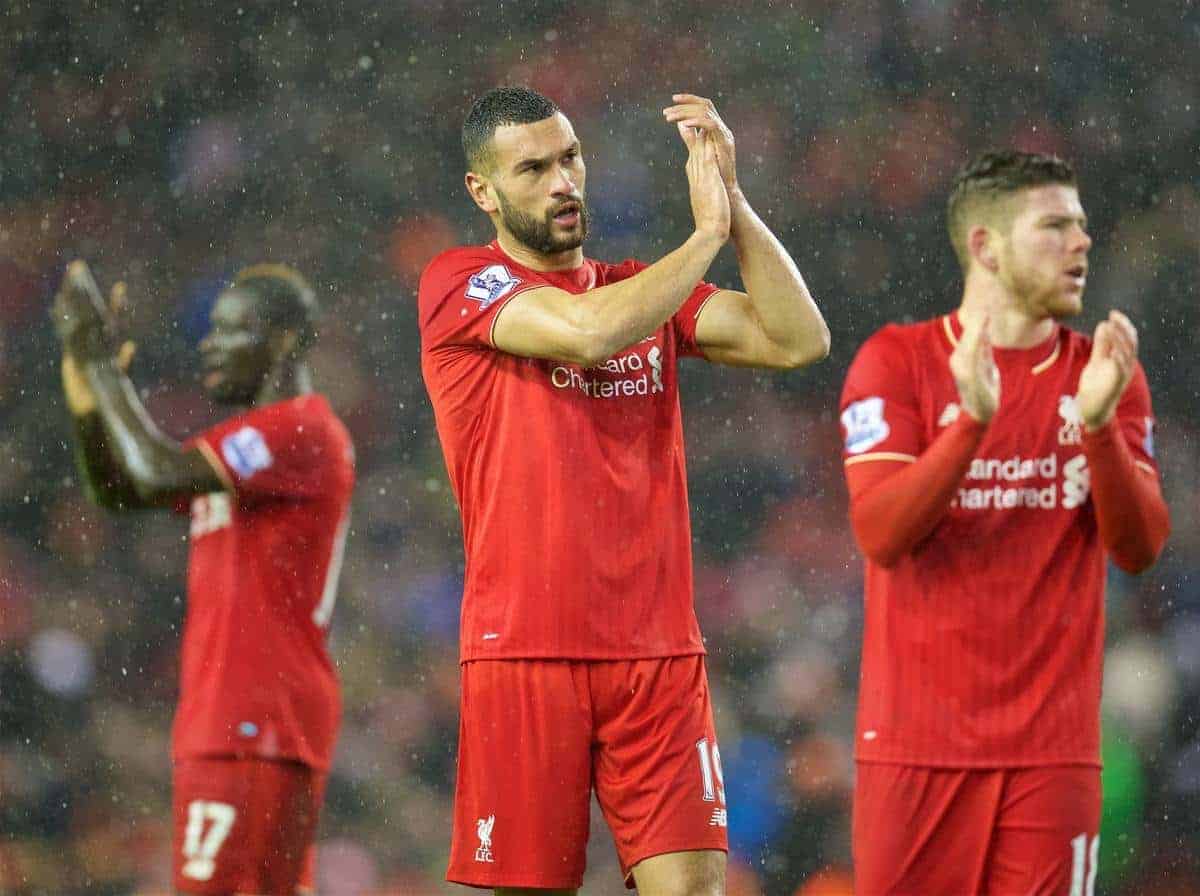 Liverpool’s new centre-back Steven Caulker admits his move to Anfield is still something of a shock – not entirely eased by making his debut as a striker.

Just over 24 hours after completing a loan move from QPR after being recalled from Southampton the 24-year-old was thrown on up front by Jurgen Klopp as they chased the game against Arsenal on Wednesday.

Fellow substitute Joe Allen salvaged a point with a 90th-minute equaliser and Caulker was immediately sent back to familiar territory to spend the remaining added time alongside Kolo Toure and Mamadou Sakho at the back.

It was a bizarre way to cap a surreal couple of days for the former Tottenham defender.

“I was shocked, I thought the gaffer was joking when he said it (go up front),” Caulker told Press Association Sport.

“With only four or five minutes to go we had to go for it and it paid off. It was an exciting five or six minutes.

“I was delighted to get on the pitch and help rescue a point.

“It has been a bit of a roller-coaster but the adrenaline dragged me through.”

Shock is a word which keeps coming up as Caulker reflects on the speed of his move to Merseyside. Klopp has spoken of his desire to bring in a central defender to help cover for injuries to Martin Skrtel and Dejan Lovren but Caulker’s name was not even touted as one of the contenders with speculation suggesting the German would go for a foreign player like Neven Subotic, whom he worked with at Borussia Dortmund.

But Caulker’s Premier League experience, he has played top-flight matches with Cardiff and Swansea as well as Southampton and QPR, worked in his favour – even if his pitch time at St Mary’s was limited.

“It came as a bit of a shock as I’d had a bit of a frustrating time at Southampton and not had any game time, so then to come to a club like this is fantastic and an opportunity which I couldn’t turn down,” the one-cap England international said.

“I was behind two good centre-halves there. I signed just before they signed Virgil van Dijk and things didn’t quite work out for me but I thank them for the opportunity and now I have moved on to something even greater.

“It was definitely unexpected but I am happy to be here and the gaffer has filled me with confidence.

“For me the ambition is to get as much game time as possible, whether it is up front or in defence I just don’t care.

“To wear this shirt is such an honour and I’ll see where it takes me at the end of the season.”

Caulker is likely to have to settle for a place on the bench at home to Manchester United on Sunday but Liverpool’s two-goal hero against Arsenal, Roberto Firmino, should be rewarded for his performance with another start in the false nine position against the arch-enemies.

The Brazil international was asked to perform a right-sided role by former manager Brendan Rodgers in the dismal 3-1 defeat at Old Trafford back in September, which was the beginning of the rot setting in for Rodgers.

Firmino was totally ineffective that day but under Klopp his best performances have come against Chelsea, Manchester City and Arsenal.

But his manager believes the 24-year-old is not just a big game player.

“He was at Stoke (in the Capital One Cup earlier this month) in a really good moment, so it’s not [he only performs] against big teams,” Klopp said.

“I like these matches when a player shows ‘I don’t care who the opponent is’ attitude.

“He’s young enough to do much better and to do it much more often.

“It’s not a position he has played 500 times, so it’s all about learning.

“That (two goals against Arsenal) was a really big step for him and hopefully he can do it again.”