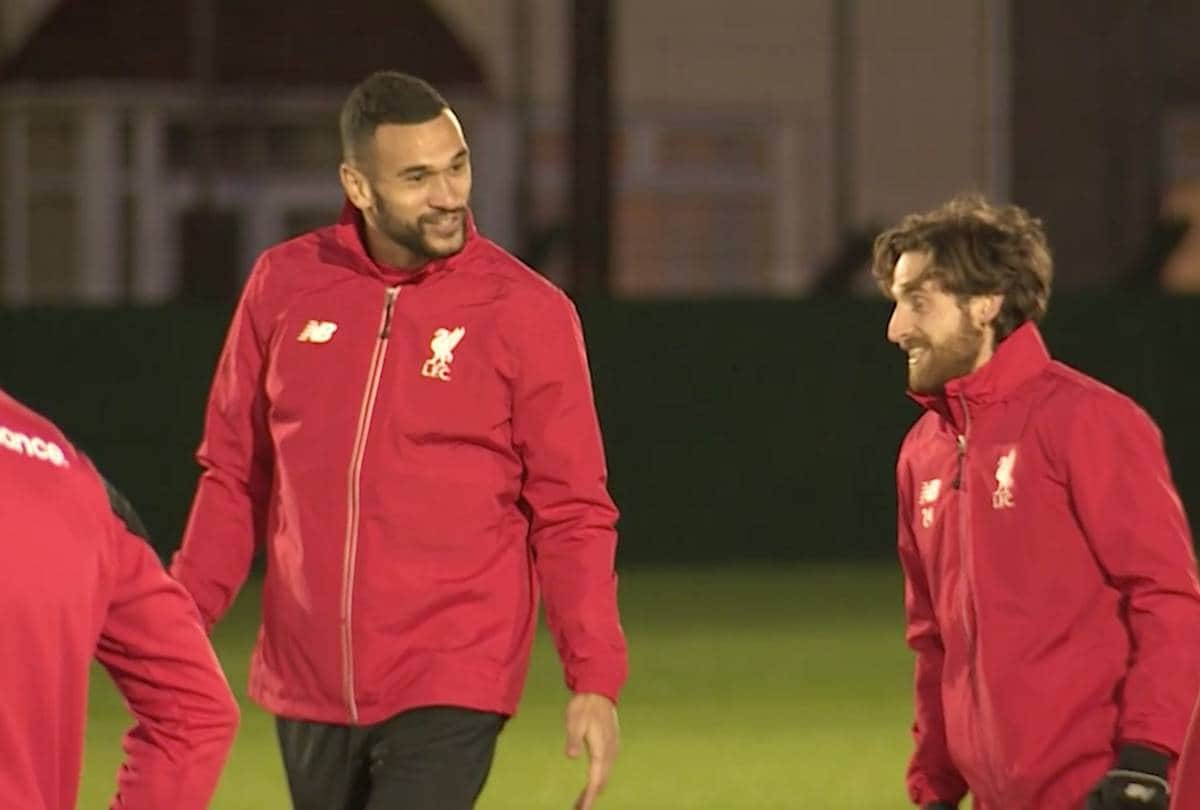 Following his surprise loan move to Liverpool on Tuesday, Steven Caulker has expressed his excitement about representing the Reds.

The 24-year-old has moved to Anfield from Queens Park Rangers until the end of the season, as Jurgen Klopp looks to bolster his centre-back options between now and May.

Caulker says he knows exactly what is expected of him on Merseyside, and hopes to impress against Arsenal on Wednesday – if handed his debut.

“Very excited, very happy to be here,” enthused Caulker – who found out of Liverpool’s interest late on Monday night, admitting he didn’t get much sleep before completing the move on Tuesday morning.

“It’s a club I’ve watched for many years,” he said.

“And I am very aware of the style in which they play and the expectations of the club. It’s a challenge I am very much looking forward to.

“It’d be nice to pull on a Liverpool shirt and walk out at Anfield – that’d be a very special moment. If I make a lot of appearances here, I’d be delighted and it’s something I’d be very proud of. If I can help the team in any way possible, that’d be a big plus to me.”

Caulker, who was out on the training pitch at Melwood within an hour of arriving at the club on Tuesday afternoon, is registered in time to feature against Arsenal if required.

“I don’t know what the future holds but for now it’s about taking each day as it comes, there’s a big game tomorrow and if I’m selected then I’ll obviously try my best to go out there and help the team.

“They don’t come much bigger than that (Arsenal). It’s a tough start but an exciting game and one every kid dreams of playing in. If I get the opportunity then I’ll be raring to go and looking forward to it.”

The former Tottenham and Swansea City player endured a tough evening against the Reds in their 6-1 demolition of Southampton last month, and says he has seen first-hand how good this Liverpool team can be under Klopp.

“The team have obviously had a change of manager and that can sometimes be difficult, but I was on the receiving end of a battering from Liverpool so I know what they’re capable of and how good of a dressing room it is with a fantastic manager behind them.

“It’s a team that can go all the way, it just needs to find rhythm, get the players back fit and who knows where it can end up at the end of the season?

“I am going to try my best to help the team to kick on and do great things. I am very honoured to hopefully wear the shirt one day and be a part of this club.”

There is a strong chance that Caulker could make his Liverpool bow against Arsenal, which will provide an immediate test of the Englishman’s credentials.

Caulker will wear squad number 19 at Liverpool and is likely to start alongside Kolo Toure in defence tonight.