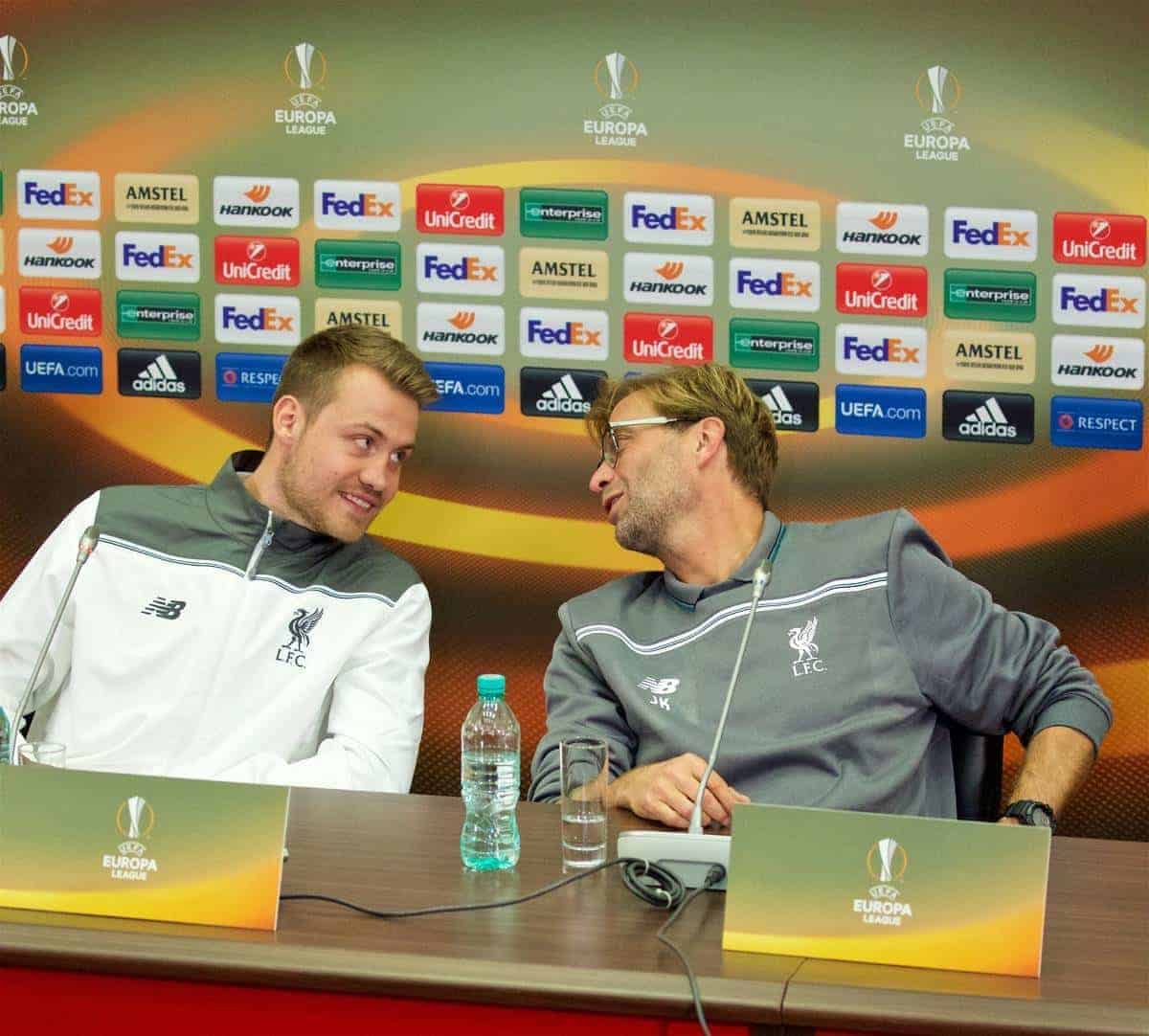 Liverpool supporters were left baffled when the club announced on Monday a new long-term contract for Simon Mignolet, but manager Jurgen Klopp says he is “really satisfied” with his goalkeeper.

Mignolet signed a new five-year deal – with the timing of the announcement being the day after a defeat to rivals Man United.

Announcing such a deal after the 27-year-old had been at least partly culpable in all three of the goals conceded to Arsenal and United in the preceding week left fans perplexed.

Speaking at his pre-match press conference ahead of Wednesday’s FA Cup third round replay against Exeter City, Klopp was asked about the new deal for his goalkeeper.

“When I came here I heard nothing negative about Simon,” claimed Klopp.

“A lot of games since I’m here, Simon was, as it is normal for a goalkeeper, involved in one way or another in a goal we conceded.

“In the end, the package Simon Mignolet is for us is perfect. He’s a smart guy, young enough to develop in the things he has to develop.

“He gives us all, the whole team, a good feeling when he’s in the starting lineup.

“We thought about it and in the end the result was that we we’re sure we want to work with him for the next years and that’s why we offered him (a) new contract.”

Mignolet’s deal expires in 2021 and Klopp says he hopes to be around to discuss his next extension.

“Hopefully I can think about the next contract with him, then we would have had success (together).

“I am really satisfied with his position.”

Whether this is all one big bluff from Klopp ahead of a summer sale, or if he genuinely is happy with the Belgian only time will tell.

It would be seriously concerning if Klopp thinks Mignolet is of the quality required to get Liverpool back to where the fans want to be.