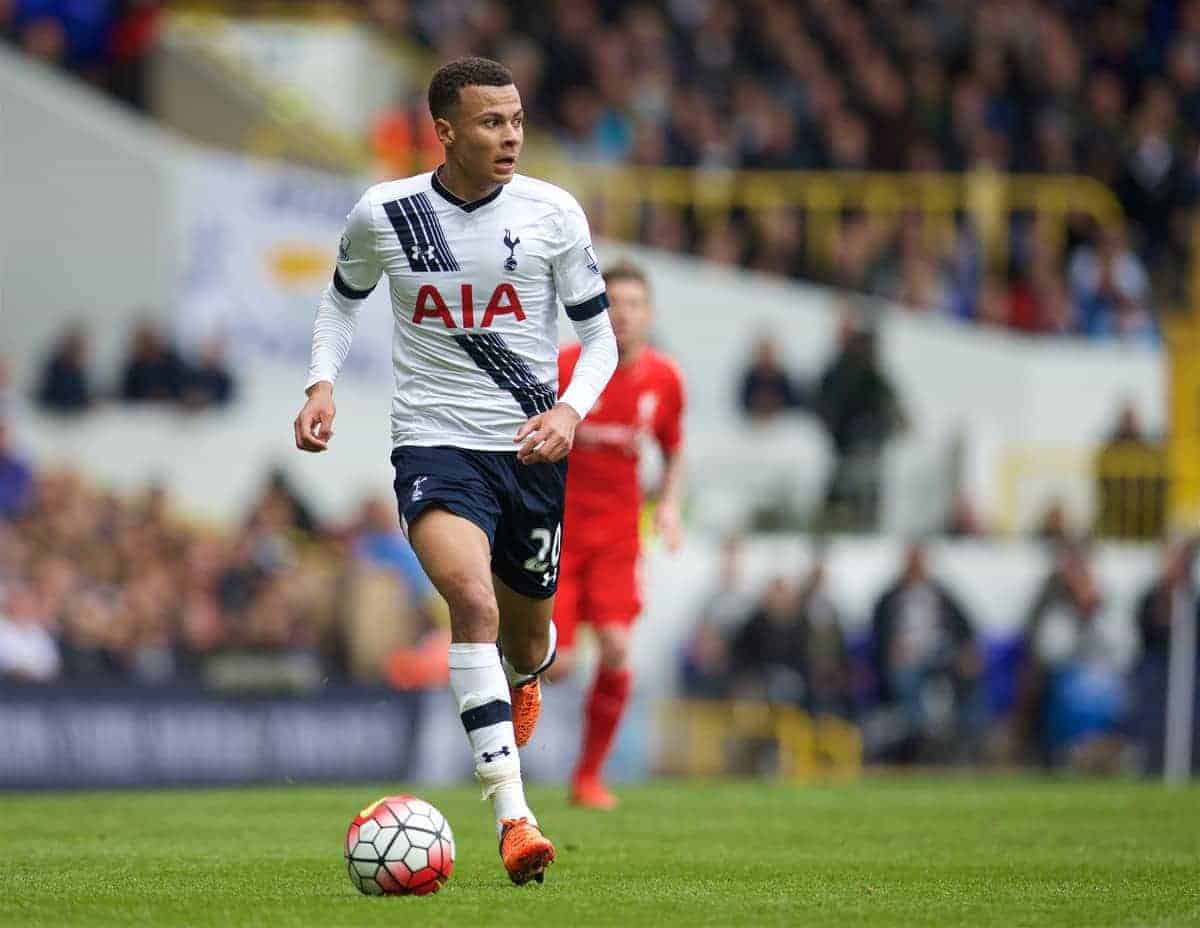 As the first fixtures of the new year played out in the Premier League, a host of talking points arose, including the pedigree of Dele Alli.

Just as there was nothing new in Liverpool’s 2-0 defeat to West Ham United on Saturday afternoon, for once the latest weekend of Premier League action saw very few surprises.

As Man United, Man City, Arsenal and Chelsea all secured victory, and Everton and Tottenham played out a 1-1 draw, there was a sense of restored parity in the traditional narrative of the English top flight.

Elsewhere, a draw between Leicester and Bournemouth offered City and Arsenal hope in the title race, and while Sunderland and Norwich were given major boosts in their fight against relegation, Aston Villa’s fate looks sealed after they fell to a 3-1 loss to the Black Cats.

Ronald Koeman’s preparation ahead of Saturday’s trip to take on Norwich City at Carrow Road was miserably hampered by the absence of star forward Sadio Mane.

The Senegalese, who has been so key to the Saints’ success in the final third this season, was late to a pre-match meeting.

Though it provided Koeman with a conflict of interests, the Dutchman was staunch in his discipline, and left Mane out of his starting lineup, instead fielding James Ward-Prowse.

Southampton fell to a 1-0 defeat in East Anglia, with Mane playing just 10 minutes as a late substitute—no doubt as Koeman discarded his principles in search of a result—and after the game the Saints manager deemed Mane’s transgression as “unacceptable.”

For whatever reason, star players never seem content with staying at St. Mary’s, as the mass exodus of Rickie Lambert, Adam Lallana, Dejan Lovren and Nathaniel Clyne to Merseyside proved, and Mane is now being linked with a move to Man United.

Koeman must ensure he is shrewd this January, and avoid any further disruption as he searches for a top-half finish.

80 minutes into City’s clash with Watford at Vicarage Road, the title challengers looked set to fall to another disappointing defeat.

After an Aleksandar Kolarov own goal put the Hornets ahead in the first half, City failed to create any meaningful opportunities in the attacking third, with Sergio Aguero looking off the pace and Yaya Toure lurching around the field with that unique brand of deceptive lethargy.

Vincent Kompany watched on from the stands, glowering down on his team-mates as another crucial clash looked set to slip out of their hands.

But, in a sudden flash of inspiration, Toure and Aguero turned saviours, both scoring within two minutes to give City a priceless victory.

It is this kind of unexpected brilliance that makes City favourites to seal the Premier League title once again this season—Manuel Pellegrini’s side possess a winning mentality that has eluded Liverpool for many seasons.

Under the abject hand of Randy Lerner, a post-Martin O’Neill Villa have long struggled to gain stability as they yearn to recapture the level seen throughout their storied history.

Through Gerard Houllier, Alex McLeish, Paul Lambert, Tim Sherwood and now Remi Garde, and despite some excellent recruitment, Villa have continued to serve as Premier League whipping boys—not close enough to relegation, but far from their ambitions of top-half security.

The 2015/16 campaign looks set to signal their demise, as Garde’s side, resplendent with promising young talent, continues to prop up the table.

Defeat to Sunderland on Saturday, and results for both Norwich and Bournemouth, leave Villa with just eight points after 20 games, seven off 19th-placed Sunderland.

Needing the kind of institutional change that Fenway Sports Group ushered in as they relieved Tom Hicks and George Gillett of Liverpool in 2010, it may come too late for Villa this season.

Though City and Leicester continue their push for title success, 2015/16 looks to offer Arsenal their best opportunity at Premier League glory in a number of seasons.

Despite a multitude of injury woes, Arsene Wenger has found a strong balance within his Gunners side, and victory over Newcastle United on Saturday put them two points clear of Leicester at the top of the table.

Of course, Arsenal have found themselves in this position many times before, but supporters have been betrayed by a perceived lack of ambition from the notoriously frugal Frenchman.

This looks set to change this January, as Wenger told reporters after the game that he was targeting two new signings in the transfer window.

With the first being FC Basel’s exciting central midfielder Mohamed Elneny, Wenger finally looks to be addressing the problem areas in his squad at the right time—something Liverpool supporters will be hoping Jurgen Klopp manages this winter.

Alli Will Be a Star

Watching Spurs and Everton fail to gain victory over one another on Sunday evening will have been the perfect chaser to what was a disappointing weekend for Liverpool supporters.

With both sides vying with the Reds in an extremely open top-four race this season, a point shared was perhaps the perfect outcome.

A bitter reality flowing from this performance, however, was the continued dominance of 19-year-old Alli, whose first-half volley highlighted once again just why Liverpool were wrong to turn him down.

Taking a Toby Alderweireld volley on his chest as he surged into the Everton box, Alli replicated his technical masterpiece from Spurs’ 1-1 draw away to West Bromwich Albion a month earlier, proving that his performances this season are no fluke.

At just £5 million, and looking likely to star in the Premier League and for England for many years to come, Alli would have been an ideal addition to the Liverpool squad this season.