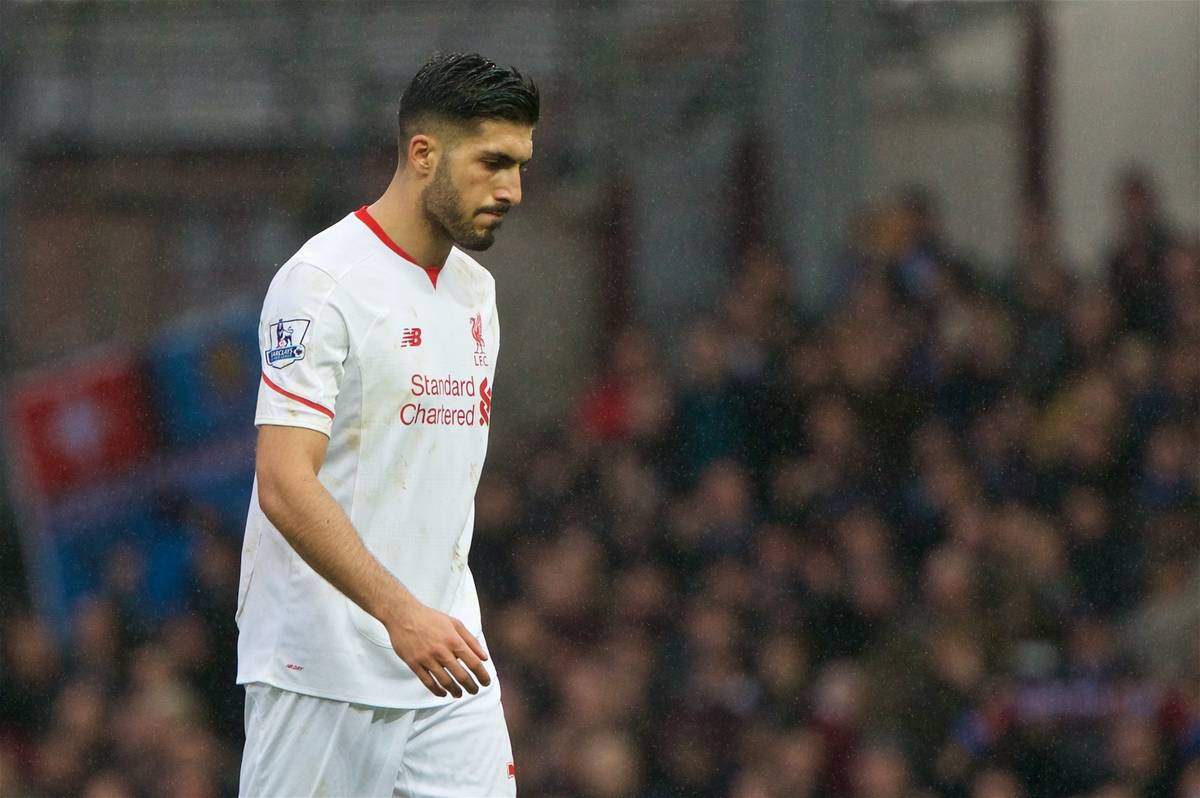 Liverpool were soundly beaten at West Ham on Saturday afternoon, and we take a look at how each Reds player performed at a gloomy Upton Park.

The Belgian didn’t have much to do throughout the first-half, but he made two decent stops after the break to avoid humiliation for his side.

He could do nothing about either Hammers goal, and did nothing wrong at any point. There are bigger problem players in this team than Mignolet.

Clyne has been such a consistent performer so far this season, but he endured one of his poorer Liverpool games at Upton Park.

The 24-year-old was partly at fault for Antonio’s goal, and outjumped by Andy Carroll for West Ham‘s second, and he generally looked a little more shaky defensively than he ever has in a Reds shirt.

Lovren was one of his side’s better players, but that is more to do with so many playing dreadfully than anything.

He looked solid in the centre of the defence, and didn’t embarrass himself against the brute that is Carroll.

The Frenchman still hasn’t found close to his best form since returning from injury, and there were moments to forget for him in east London.

His passing wasn’t as crisp as it can be, and his decision-making left a lot to be desired on a few occasions. Disappointing.

Moreno was one of the few Liverpool players who actually showed a bit of heart, but he was still far from perfect.

The former Sevilla man was hugely unlucky not to win a free-kick in the lead-up to West Ham‘s opener, and he offered some attacking thrust down the left. Final ball not good enough, though, and replaced on the hour mark.

A dreadful afternoon for the likeable Brazilian, who has been very poor of late.

His lack of pace and drive was a real issue from start to finish, and the defensive side of his game was also lacking, as highlighted by Antonio’s goal. When he is bad, Lucas is extremely bad. The young German looked a class act despite the woefulness of many around him, and his box-to-box style did at least give West Ham something to think about.

It is very easy to forget how young Can is, and we have to accept that he will still frustrate from time to time. A huge talent.

Following such a superb 2014/15 campaign, Coutinho’s form this season has been very indifferent at times.

His tendency to shoot harmlessly from range time and time again is now beyond a joke, and his overall influence is just not there. Cut an almost disinterested figure at times, which is unacceptable.

Ibe did not set the world alight by any means, but his pace and power down the right-hand side did cause West Ham problems.

The 20-year-old narrowly missed the target early on, and was always willing to try and create some danger. Showed more fight than some of his more experienced teammates.

He looked slick on the ball a few times, but ultimately, he was ineffective. Slightly unfortunate to be substituted ahead of Coutinho.

Having won some admirers for scoring back-to-back winning goals in recent weeks, Benteke again showed how ineffective and unsuited to this team he is.

The 25-year-old did virtually nothing right at any point, skying shots, losing aerial battles and lacking movement and work-rate. Not good enough for Liverpool.

The England international produced some nice touches, but didn’t do much.

The young left-back was a rare bright spark on the day. Crossing excellent.

Missed a late chance with his head, otherwise unnoticeable.

Klopp is untouchable in the eyes of many Reds supporters, but he has to shoulder some of the blame for the defeat.

Admittedly his options were limited because of injuries, and the players looked tired having played on Wednesday night. Starting Lucas in a midfield two was asking for trouble, we’ve witnessed that for three years.

If Brendan Rodgers was in charge for that game, he would be ripped to shreds.