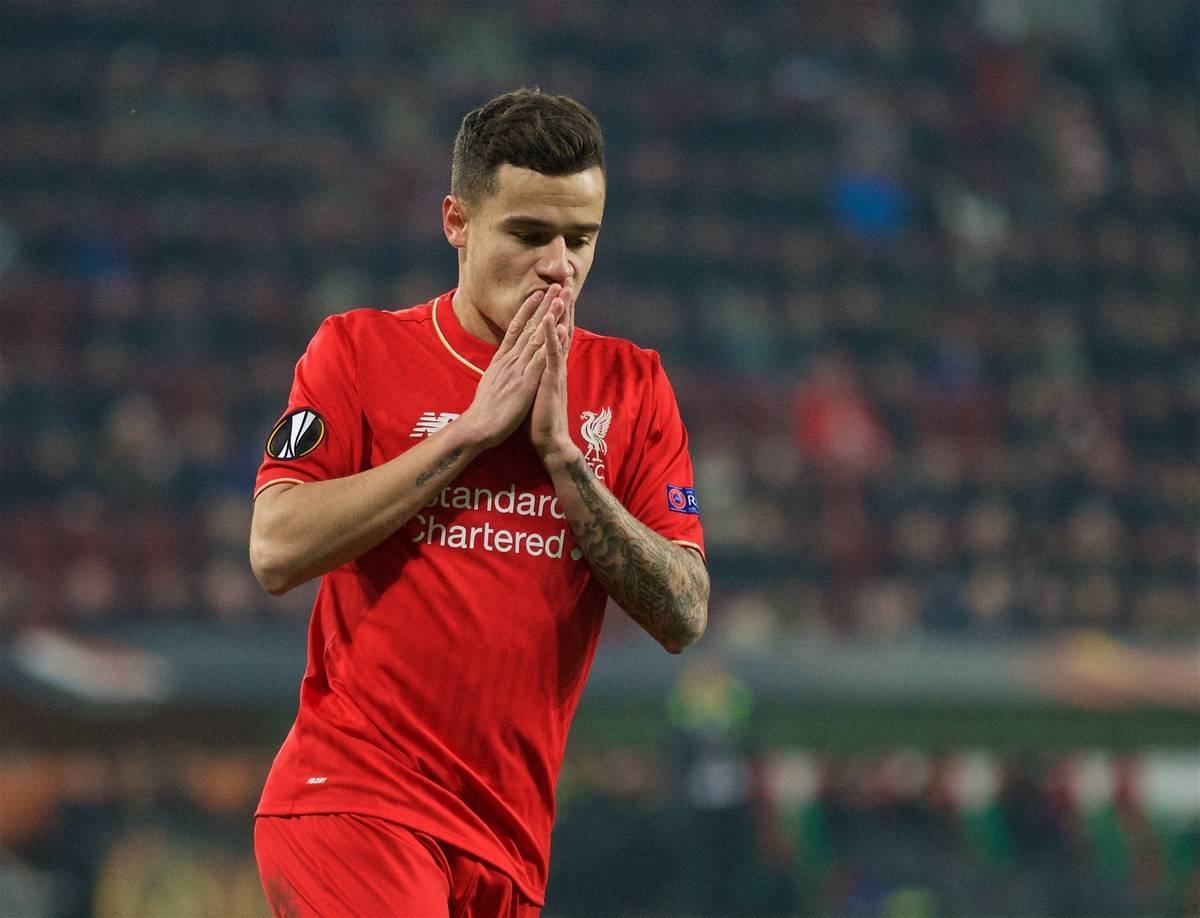 FC Augsburg and Liverpool played out a dull 0-0 draw on Thursday night, in the first of two legs in the Europa League‘s round of 32.

Returning to the Europa League after the tournament’s two-month break, Liverpool took on the Bundesliga side at the WWK Arena.

After stressing the importance of Europe’s second-tier competition to his side’s hopes of qualifying for next season’s Champions League, Jurgen Klopp showed the ultimate respect to Augsburg by naming an unchanged side from Sunday’s 6-0 win over Aston Villa.

This saw the exciting attacking trio of Philippe Coutinho, Roberto Firmino and Daniel Sturridge keep their place in the lineup, sparking the imaginations of supporters.

But it proved to be a deflating affair in Bavaria, with a 0-0 draw setting up a must-win tie at Anfield next week.

Some took an optimistic view…

Not a bad performance but really needed a result here. I'd rest a few players in the 2nd leg for the final

All this moaning again. Not a perfect result, not a vintage performance, but i'll take it. Still in the tie, no injuries too

Grim game. But City only have an extra days rest & a midweek trip to Ukraine so no huge advantage. And they play Chelsea this weekend. #LFC.

Others vented their disappointment…

Augsburg good value for the draw. As for LFC, pretty underwhelming I'd say.

“Poor performance, very mediocre result. Two poor teams slogging it out, either team could have won it but a draw is deserved. The return will be a tense, difficult affair. What’s the odds on us keeping two clean sheets in a row? Meh.”
– MikeOscar on the forums.

Bang average again. Lucky to be coming out of this one with a draw. #LFC

Drawing isn't the issue but being made to look second best by a team that sits 14th in the Bundesliga definitely raises a lot of questions.

Was expecting Liverpool to overwhelm Augsburg tonight. Perhaps I was naive, but the performance was so disjointed from #LFC.

Not the worst result but disappointing. Little or nothing down the right hand side & didn't convert the few chances we did create. #LFC

“Disappointing result, can’t escape that.”
– Art Morte6 on the forums.

A feeling of boredom was rife…

That'll do for a match report.

Well that was an exhilarating night's football ?

“Shades of Bordeaux in September.”
– El Dorado on the forums.

But some turned toward the club’s European history for comfort…

Keep it tight away and win at home. We won European cups playing this way, so chill #LFC

Fortunately, there were some positive statistics for supporters to cling to…

I guess a week ago if you'd been offered two clean sheets and six goals scored in the next two, you'd be happy…

0 – Liverpool are the first team to keep a clean sheet against Augsburg in the Europa League this season. Drilled.

The Reds will now welcome Markus Weinzierl’s side to Anfield next Thursday in search of a comfortable victory—and supporters will be hoping for a more comprehensive performance.