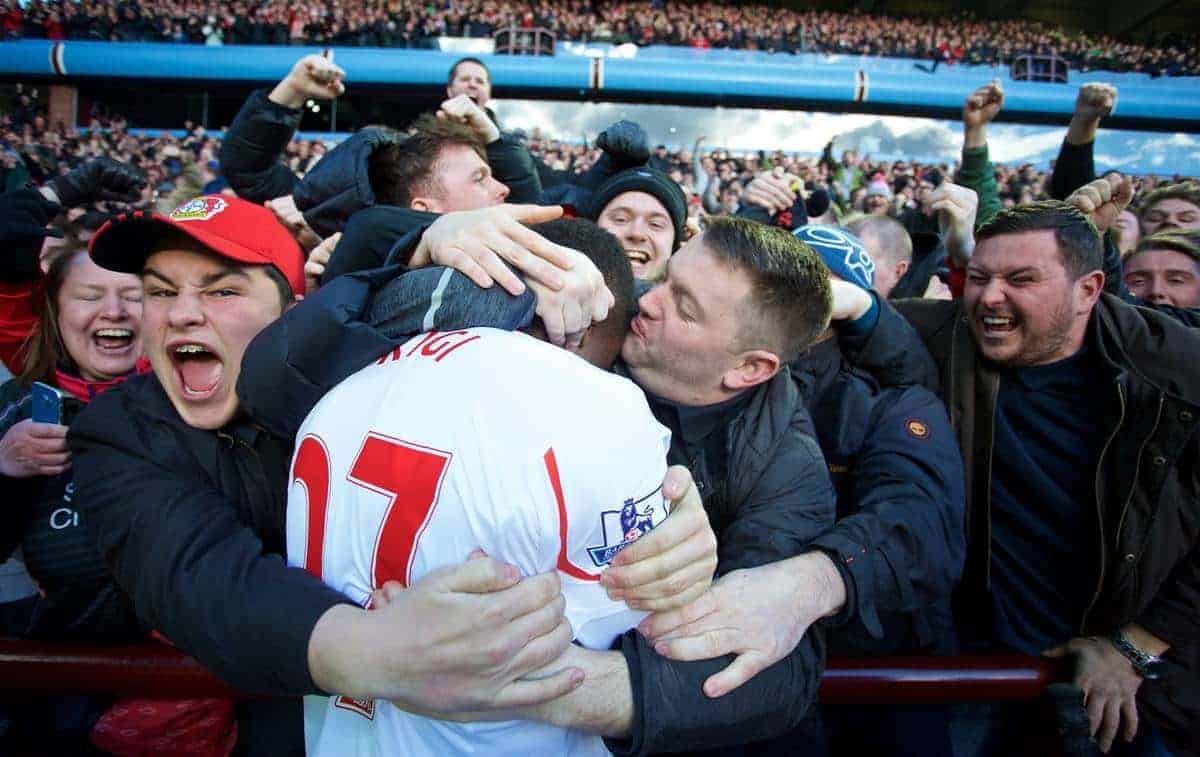 It was quite the introduction for Divock Origi against Aston Villa on Sunday, scoring with his second touch within 60 seconds of replacing Daniel Sturridge.

The Belgian forward, back from injury that had kept him out for six weeks, raced onto Philippe Coutinho‘s exquisite through-ball to fire past Villa keeper Mark Bunn.

It was the resulting celebrations though that caught the attention of the cameras – with Origi on the receiving end of one fan’s enthusiastic show of appreciation as the 20-year-old celebrated with the travelling Reds at Villa Park.

“Let’s say he was emotional!” Origi told the official LFC site. “I could feel the love, definitely.

“I turned and the first thing I saw was the fans. They were so happy and I wanted to celebrate with them.

“I think maybe on Valentine’s Day they were a little bit more emotional so I had some kisses, but it was nice to see.

“I think the supporters of Liverpool are very passionate and for us to be able to give something back to them is wonderful. I think it’s a big plus for the club also.”

Origi showed his pace to get in behind Villa’s defence and benefit from Coutinho’s outside of the boot pass – showing what Liverpool have missed in recent weeks with him, Sturridge and Danny Ings all sidelined.

That Origi was given the nod ahead of Christian Benteke perhaps shows how he is ahead of his compatriot in Jurgen Klopp‘s striking options – more suited to the Reds’ style of play, with better movement and pace.

Klopp, though, could play Sturridge with the aim of taking a good lead into the home tie next week – which arrives four days before the League Cup Final. That would give Origi the opportunity to lead the line and rest Sturridge ahead of the trip to Wembley.