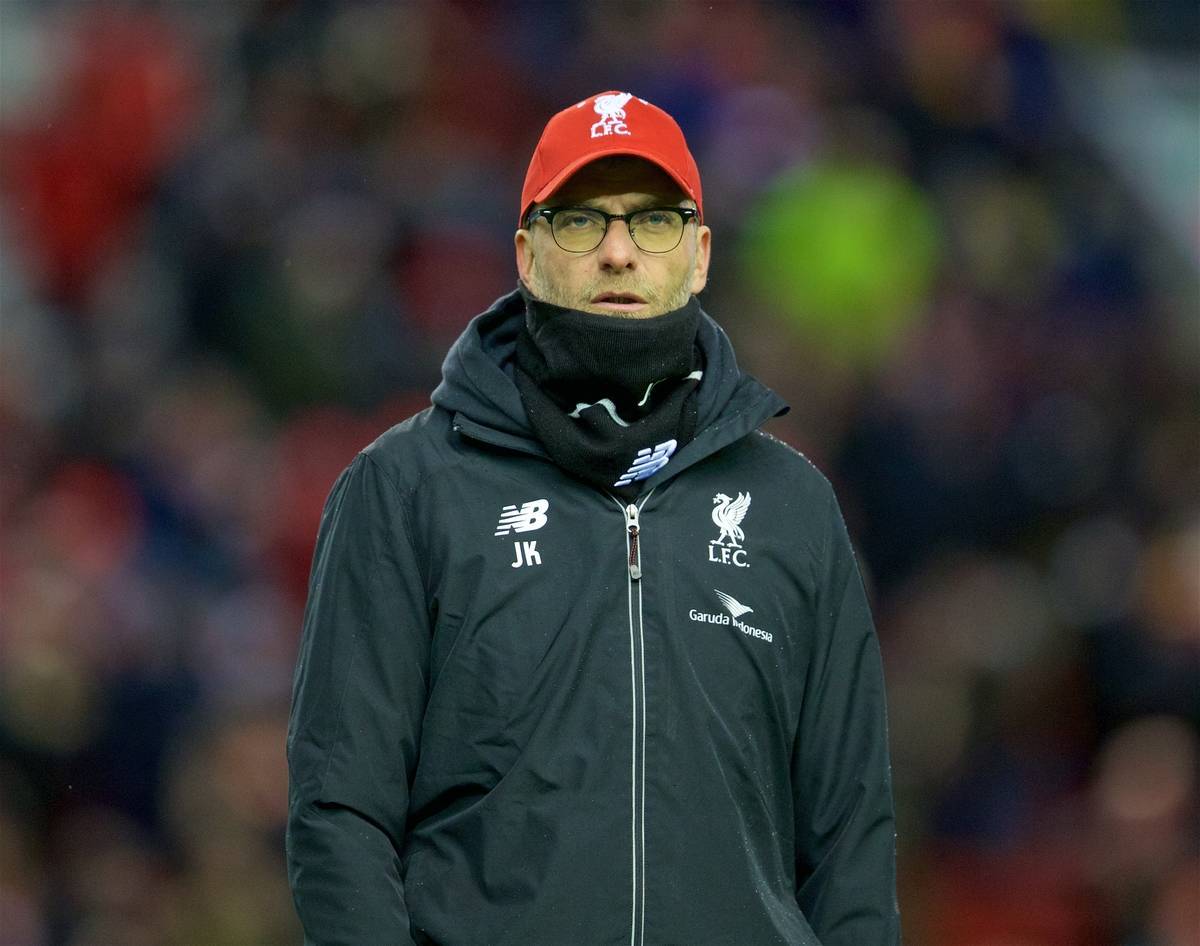 As deadline day rumbles on throughout England, Jurgen Klopp has confirmed that Liverpool are unlikely to dip into the January transfer market.

Liverpool have been linked with late moves for Alex Teixeira and Denis Cheryshev, as possible additions to Klopp’s attacking line.

But speaking to reporters ahead of Tuesday night’s Premier League clash away to Leicester City, Klopp revealed that the Reds are not likely to make any signings on deadline day.

“You can finish work for the day,” he joked.

“I’m not sure on the outgoing side, but I don’t think that something will happen on the other side.”

Instead, Klopp looked to focus on a clutch of returning players—Philippe Coutinho, Daniel Sturridge, Divock Origi and Martin Skrtel—as a boost to his squad.

“These are our transfers!” he continued.

Asked whether he is confident that his squad can compete in the Premier League and beyond for the rest of the season, Klopp underlined his faith in his current crop.

“I don’t think we should think too much about it,” he said.

“In the Premier League [we have] an away game to Leicester, then Sunderland and Aston Villa—these three games give a little sign of where we can go.

“[But] even after these games, it’s not over.

“I think we showed a row of more-than-okay performances, so you can see a little bit more consistency.

“That’s what we have to bring on the pitch all the time.

“We can really fight for results. The right results.”

Preparing to welcome the likes of Coutinho and Origi back into his squad, Klopp may avoid the need to add a player such as Cheryshev on deadline day.