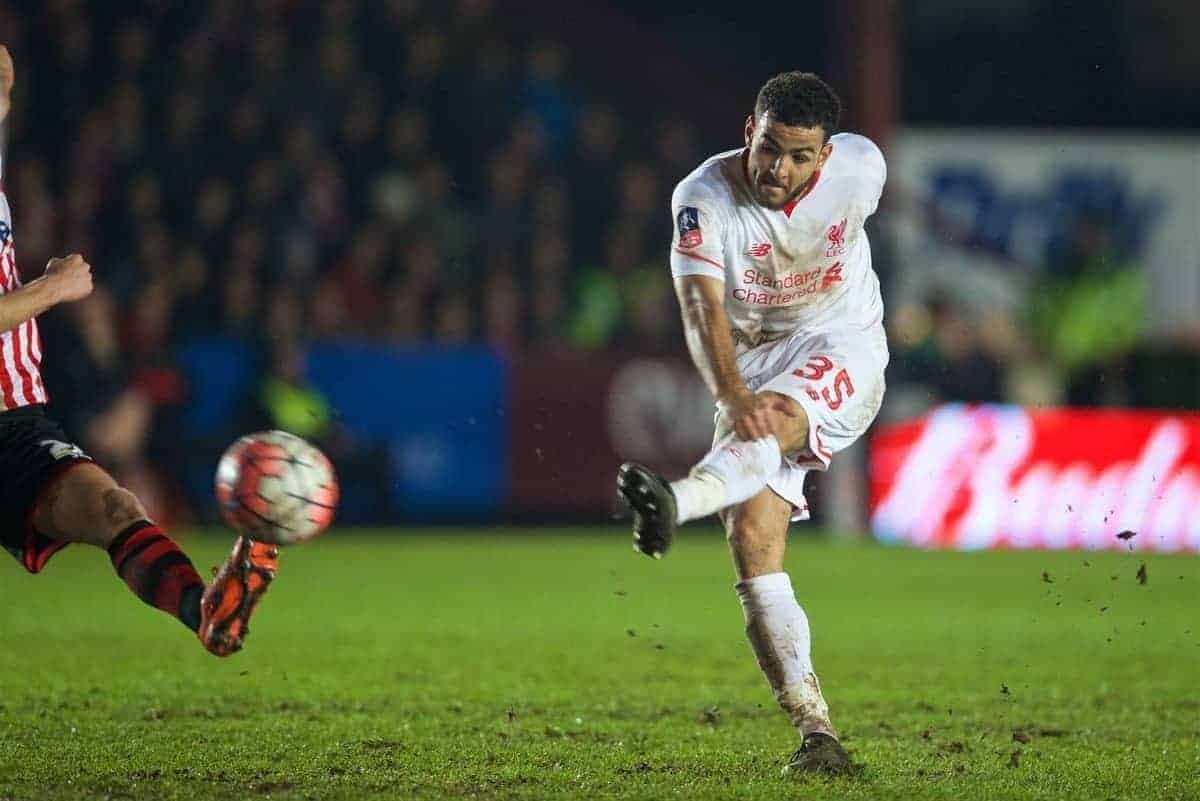 After emerging as a surprise success story in Jurgen Klopp‘s midfield this season, 22-year-old midfielder Kevin Stewart has signed a new long-term deal.

Stewart was recalled from his loan spell with Swindon Town at the beginning of January, with Klopp addressing a number of injury problems in his midfield.

The 22-year-old duly impressed when called upon in FA Cup clashes with Exeter City and West Ham United, and was handed his Premier League debut this month, coming on as a second-half substitute in the Reds’ 6-0 win away to Aston Villa.

Having proved his credentials to Klopp, Stewart has signed a new long-term contract, keeping him at the club until 2020, according to the Guardian.

This deal includes the option to extend for a further year.

Stewart signed a one-year extension on his previous deal at the beginning of the season, but looked likely to leave the club at the end of his season-long loan with the Robins.

After an upturn in fortunes, however, this signals a possible long-term role for the midfielder under Klopp, who is shaping his Liverpool squad ahead of his first full season in charge in 2016/17. At just 22 years old, Stewart looks capable of developing into a useful squad player for the German, with his tenacity and dynamism at the base of the midfield much needed this season.

Speaking after signing his new deal, Stewart said that it had “given me confidence in myself.”

“It gives me more confidence, it shows [the club] believes in me and believe that I could go on to become a good player for them,” he explained.

“It has just given me confidence in myself and the security [I have] time to prove myself and get better with good coaches and good players.”

Stewart is currently recovering from a disappointing ankle ligament injury, but can now look to establish himself in Klopp’s first-team squad on his return.