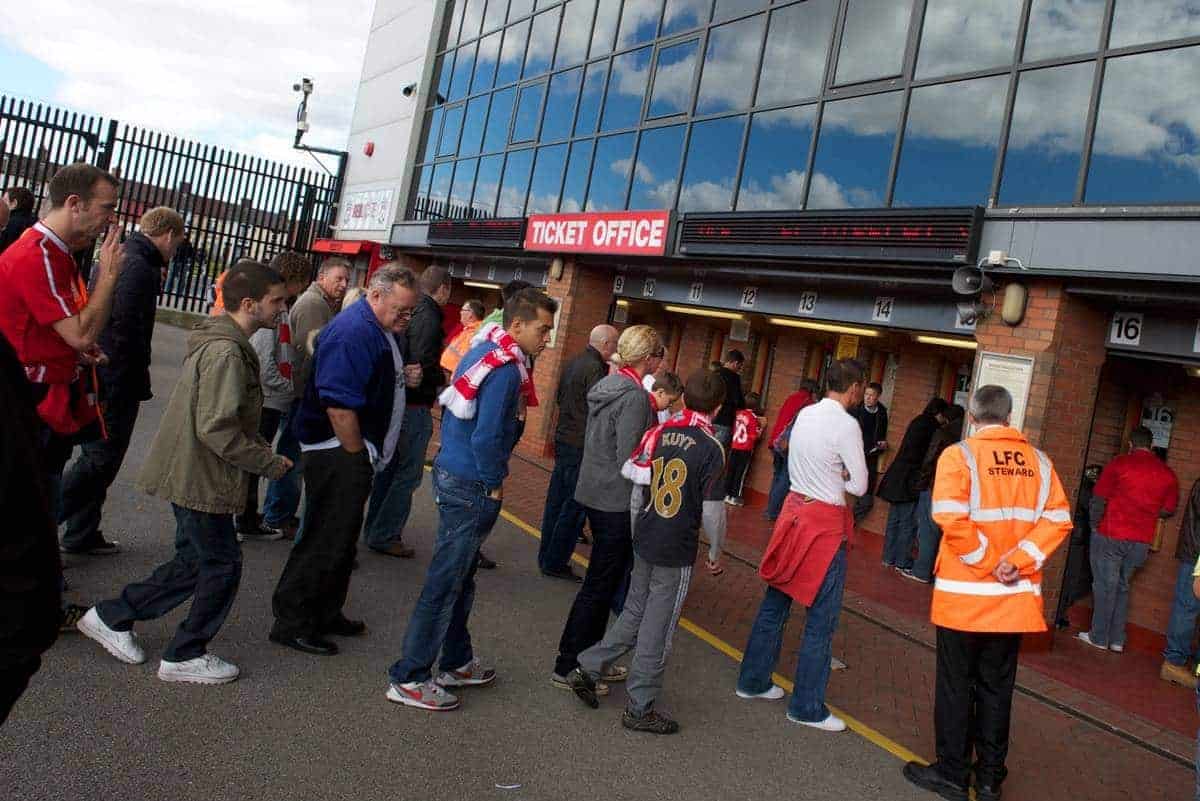 Liverpool have announced their ticket prices for next season, with the highest priced ticket in the new Main Stand set to be £77.

Prices at Anfield are to increase despite a new TV deal kicking in next season which will see the club earn over £40 million more just from TV rights.

Then there’s the additional income via the new Main Stand – which will see the club more than double the amount of hospitality seats that are currently available at Anfield.

But despite these huge additional revenues, ticket prices and season tickets will increase for large numbers of supporters from this summer.

This is despite the club leading with a new £9 ticket for local supporters – which are only available for three league games per season and represent less than 1% of overall tickets; 1,581 tickets out of a possible 878,693 seats.

And if they are now hospitality, that's nearly 1,000 less tickets for general admission supporters. New Main Stand mainly hospitality too.

The price increases see season tickets priced above the £1,000 mark for the first time.

Existing Main Stand season ticket holders will be paying around 15% more for the same view next season.

Gutted for those who have had their season tickets in the main stand for so many years.

Thanks #LFC for a 15% increase in my season ticket for next year. Same seat same view! #disgrace and unjustifiable pic.twitter.com/uzXiJef9No

The price rises appear to have been the decision of Liverpool’s American owners – who implemented similarly expensive ticket prices at Boston Red Sox’s Fenway Park.

.@John_W_Henry, Tom Werner and Mike Gordon didn't have the decency to say no to our proposals, let alone meet to discuss them #LFC

"One issue is cost of getting into [Anfield]. Tickets at Fenway Park are among most expensive in the Major League" https://t.co/5zaxJtAJGK

With the new TV deal and increased seats the opportunity was there to give back but they've greedily gone for more. https://t.co/LOXN2HRple

Easy to fall into trap of saying ticket rises price out local fans – it prices out all fans on normal wages. Football's greed all consuming.

“The club stands on the threshold of unprecedented revenue streams. The new TV deals and increases in commercial sponsorship and merchandising receipts gave the club a real opportunity to give something back.

“It is an opportunity they have spurned and their decision is incredibly short-sighted.

“The atmosphere has been improving lately, but this decision threatens to kill it stone dead. ”
— Jeff Goulding, writing on The Liverpool Way

£77 tickets not the main issue, that you're looking at an average price of about £50 for the vast majority of games is more concerning. #LFC

With clubs about to receive more money than ever from tv deals next year and increased capacity they should he reducing prices. Pure greed.

If LFC charge the prices they intend and supporters accept it then it's game over for the idea of price reductions, forever. #LFC

@John_W_Henry remember when you said you cared about fans? Raising ticket prices on the back of a huge TV deal? What are you smoking?

If your one of the lucky ones who's prices won't be going up. Don't have an attitude of "I'm ok mate" support the ones who will get fleeced.

If the headline £70 max ticket price at Anfield is indicative of wide scale increases its a very poor & short term decision by #LFC.

I got a phone call offering a hospitality ST at £3998 season and was told it's a bargain for a club of our size. I'm a painter ffs ?