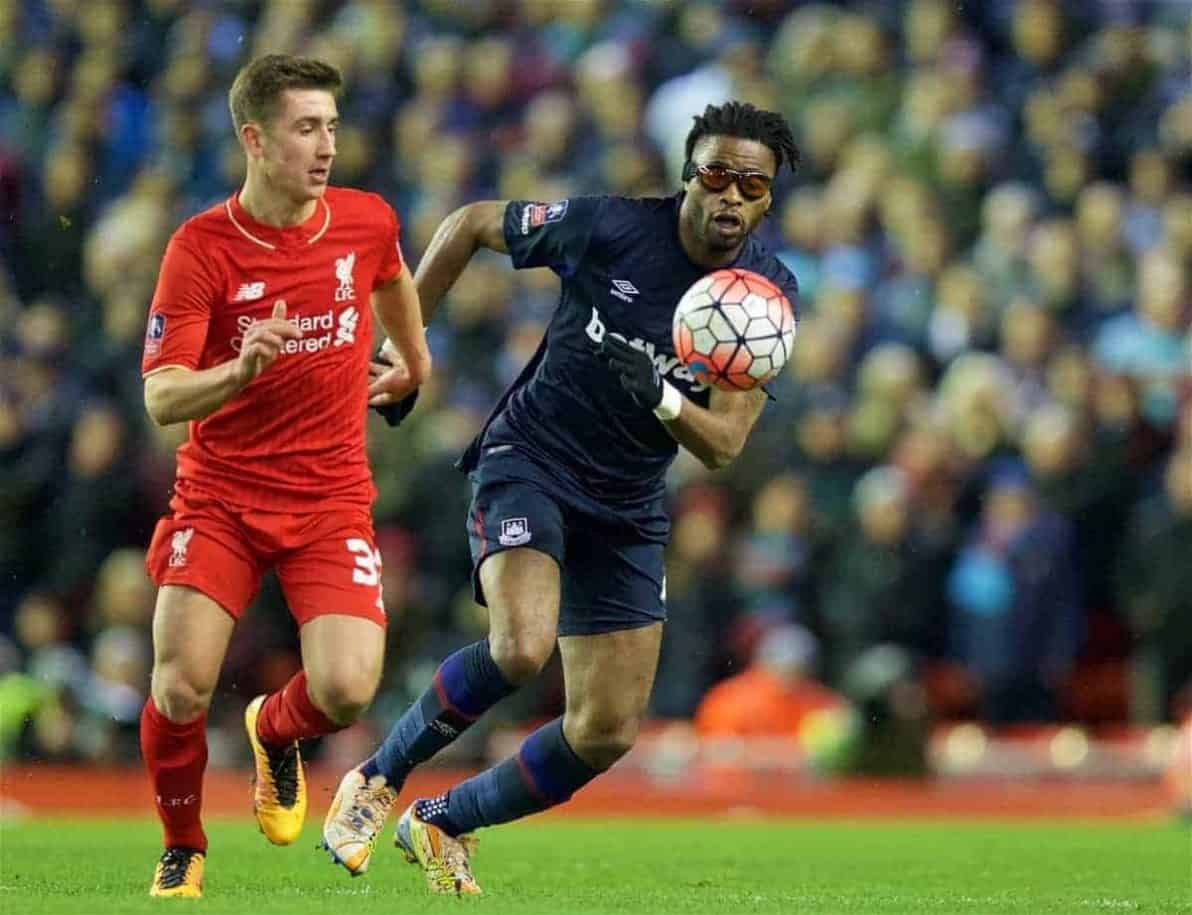 Liverpool turn their focus back to the FA Cup on Tuesday night as they take on West Ham United in a fourth-round replay at Upton Park.

Jurgen Klopp’s Reds meet the Hammers for the fourth time this season as they seek to book their place in the FA Cup‘s fifth round at the second time of asking.

Nothing could separate the sides at Anfield 10 days ago, much to Klopp’s frustration, with the German wanting to avoid a second game in an already busy period for his side.

But with a winner to be decided on Tuesday, Klopp – who will return to the dugout after recovering from surgery to remove his appendix – will hope to mark his comeback with a win that seals all-important progression.

A winnable tie with Championship side Blackburn Rovers awaits the victors, and the Reds boss is set to name a “different” lineup on a night that could see returning trio Philippe Coutinho, Divock Origi and Daniel Sturridge play a part, looking to ensure his side secure a trip to Ewood Park.

The Reds at the Boleyn

Liverpool arrive for one last unexpected visit to one of English football’s most historic grounds, where they have endured mixed fortunes in recent seasons.

The last of those came just six weeks ago as Klopp’s men lost 2-0 in the Premier League, with the visit before that in September 2014 seeing Brendan Rodgers’ side slump to a poor 3-1 loss. Two-nil down within seven minutes to goals from Winston Reid and Diafra Sakho that day, Raheem Sterling fired home to half the deficit, before Morgan Amalfitano added a late third to wrap up victory for Sam Allardyce’s men.

Positively, Liverpool have never lost a FA cup tie to the Londoners at Upton Park – winning 2-0 in the last away cup meeting in 1976 – a record they look to add to on Tuesday. The two sides come into the clash in identical recent form, both with only one win to show from their last five games.

Since the 0-0 draw at Anfield, the Hammers have won and drawn their two Premier League fixtures, suffering defeat to Southampton this weekend after beating bottom club, Aston Villa.

Meanwhile, Klopp’s men are winless and struggling badly for consistency or any positive form, having surrendered a two-goal lead against Sunderland on a day of protest at Anfield on Saturday.

Liverpool are unbeaten in the FA Cup against Tuesday’s opponents however, and seek to keep that run going against Bilic’s side.

Progression to the fifth round for the Reds is priced at 2/1, with a victory on the night for the Hammers available at 7/5 and a draw after 90 minutes valued at 12/5.

Bilic is set to field a strong side as he searches for cup glory, but will be without a number of first-teamers.

Carl Jenkinson is missing with injury, as is energetic midfielder Cheikou Kouyate, while important attackers Manuel Lanzini and Diafra Sakho are also ruled out.

After picking up a calf injury at the weekend, James Tomkins is to be assessed ahead of the clash, but January arrival Sam Byram is cup-tied and unavailable to feature. Joey O’Brien could therefore deputise at right-back, while fit-again Andy Carroll is pushing for a start after coming on in the loss to Southampton, as is new signing Emmanuel Emenike.

The Reds will have to stand up to the physical test the Hammers pose, while nullifying the threat of Dimitri Payet, and exposing wide areas in the final third with pace could prove key for victory.


On his return to work, Klopp spoke about his health, ticket price protest and team selection in his press conference:

“I feel good, a lot of people have had this before!

“It’s [the walkout] not too easy for me. Now I know it’s my problem too. It’s not what we want, we want fans to stay until the game is finished.

“We haven’t decided on the starting line up yet. [Sturridge] was very impressive in Friday’s session. The full-backs will be similar, one of the midfield positions will be similar.

“We were really bad at West Ham in the league and that was the reason we lost. We need to be better.”

Ahead of Liverpool’s second trip this season, Bilic said:

“Liverpool are a big club and have had their ups and downs this season. Make no mistake, you have to close them down and can’t give them time.

“When you have the ball you need to be brace and direct and we have showed that in two of the three games we have played them.

“We are well prepared for whatever team they come with. It it’s not [Daniel] Sturridge, it will be [Christian] Benteke. They have a lot of good strikers and the difference in midfield.”

After two games away from the live cameras, the Reds will be back on UK screens via BT Sport Two, with the match also available on SuperSport3 Africa and beIN Sports Arabia around the globe.