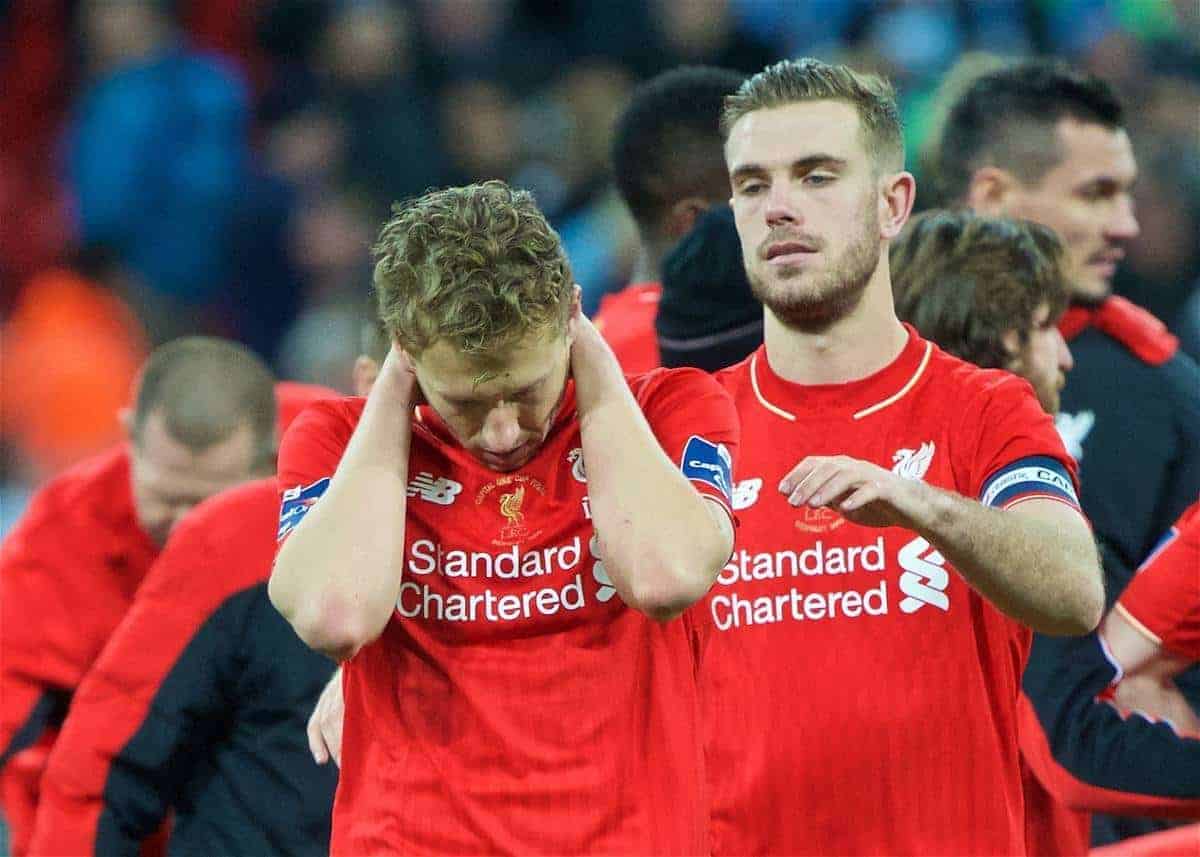 Jordan Henderson has apologised to the supporters after Liverpool’s League Cup Final loss to Man City on Sunday, but says he is proud of his teammates. It proved to be a horrible climax to an entertaining final, as the Reds succumbed on penalties to Manuel Pellegrini’s side.

Henderson feels the team gave their all on the day, however, but couldn’t help but say sorry to the fans for not bringing home a first piece of silverware in four years.

“We would like to say sorry for not winning the game and we are very disappointed,” Henderson said.

“But at the same time I am very proud of my teammates because I felt as though we gave everything, we left everything out on the field, and that’s all you can ask.

“To lose on penalties is bitterly disappointing but someone has got to win. But we can take a lot of positives and hopefully the next time we are here we can lift the trophy.”

Henderson also felt that Jurgen Klopp‘s men did enough to win the game before the shootout, especially as the match progressed.

“In extra-time I felt as though we could have got the win,” he added. “I know they had some good chances as well and Simon [Mignolet] did brilliantly and made some good saves to keep them out.

“[But] I felt as though we were very dangerous on the counter-attack, we defended well and there were some brilliant performances from everyone really.

“Like I said it’s hard to take at the minute and tonight will be difficult but we need to take the positives out of this game and finish off the season well.

“You look at the players they were all drained physically, mentally – everything was left out there and I think that’s all you can ask of the players. With a little bit of luck we win the game and lift the trophy, but it just wasn’t our day.”

The 25-year-old will be as disappointed as anyone, having missed out on lifting his first trophy as Liverpool captain, but he performed with typical heart on the day.

While losing a final is always very tough to take, there is a feeling that this relatively young group of players will learn from this in the coming years, and use the pain of defeat to their advantage.

Many supporters have questioned why the captain didn’t step up to take a penalty for the club in the shootout.