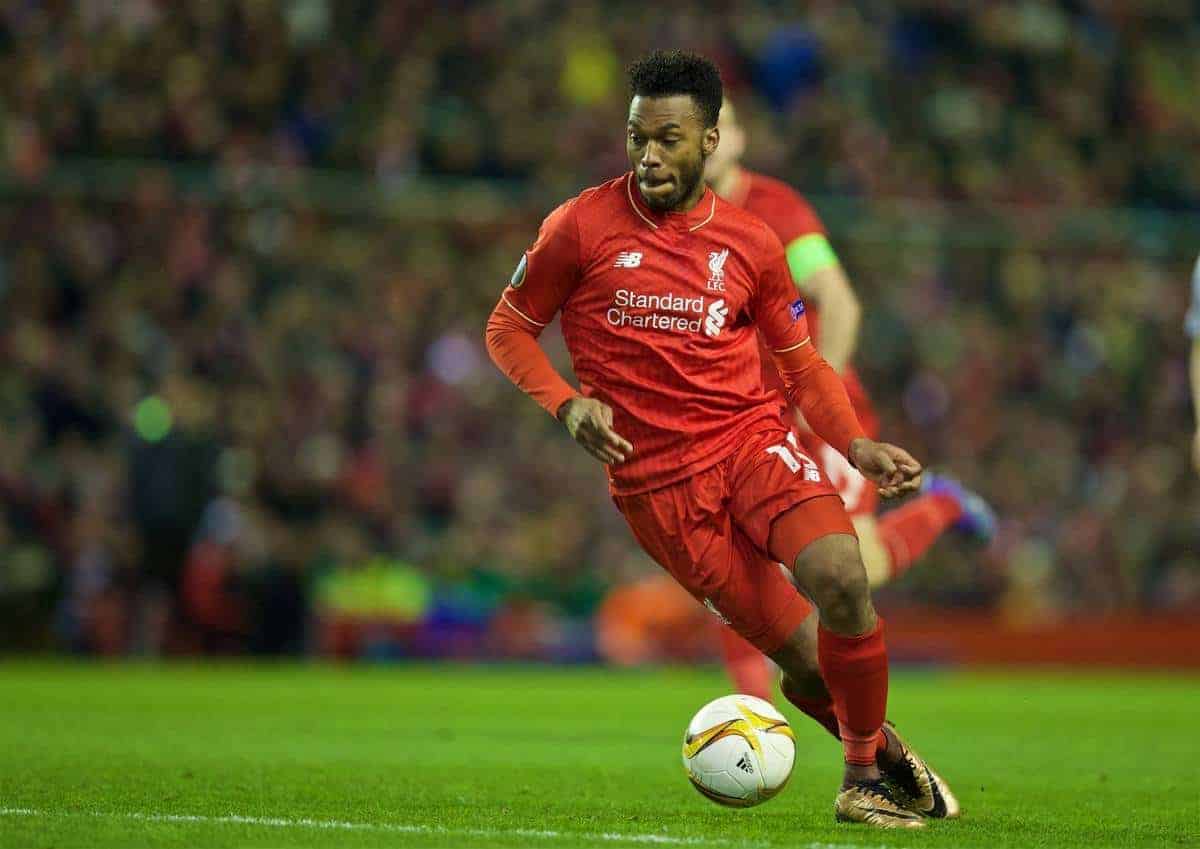 Liverpool host Man United at Anfield in the Europa League, with Jurgen Klopp making three changes to his starting XI.

Follow and discuss the match with us in our liveblog here

It’s a relatively straight forward team selection for Klopp, with Flanagan not registered in Europe meaning Alberto Moreno and Clyne are the full backs – Clyne having been rested against Crystal Palace on Sunday.

Dejan Lovren and Mamadou Sakho continue at centre-back, while Emre Can and Jordan Henderson continue as the midfield two.

With Milner suffering from a virus, the attacking trio of Adam Lallana, Roberto Firmino and Coutinho pick themselves.

Sheyi Ojo is named among the subs after his hat-trick for the under-21s on Monday. Origi and Christian Benteke are other attacking subs.

There’s three changes for the visitors, as Varela, Schneiderlin and Fellaini come in for Darmian, Carrick and Herrera.