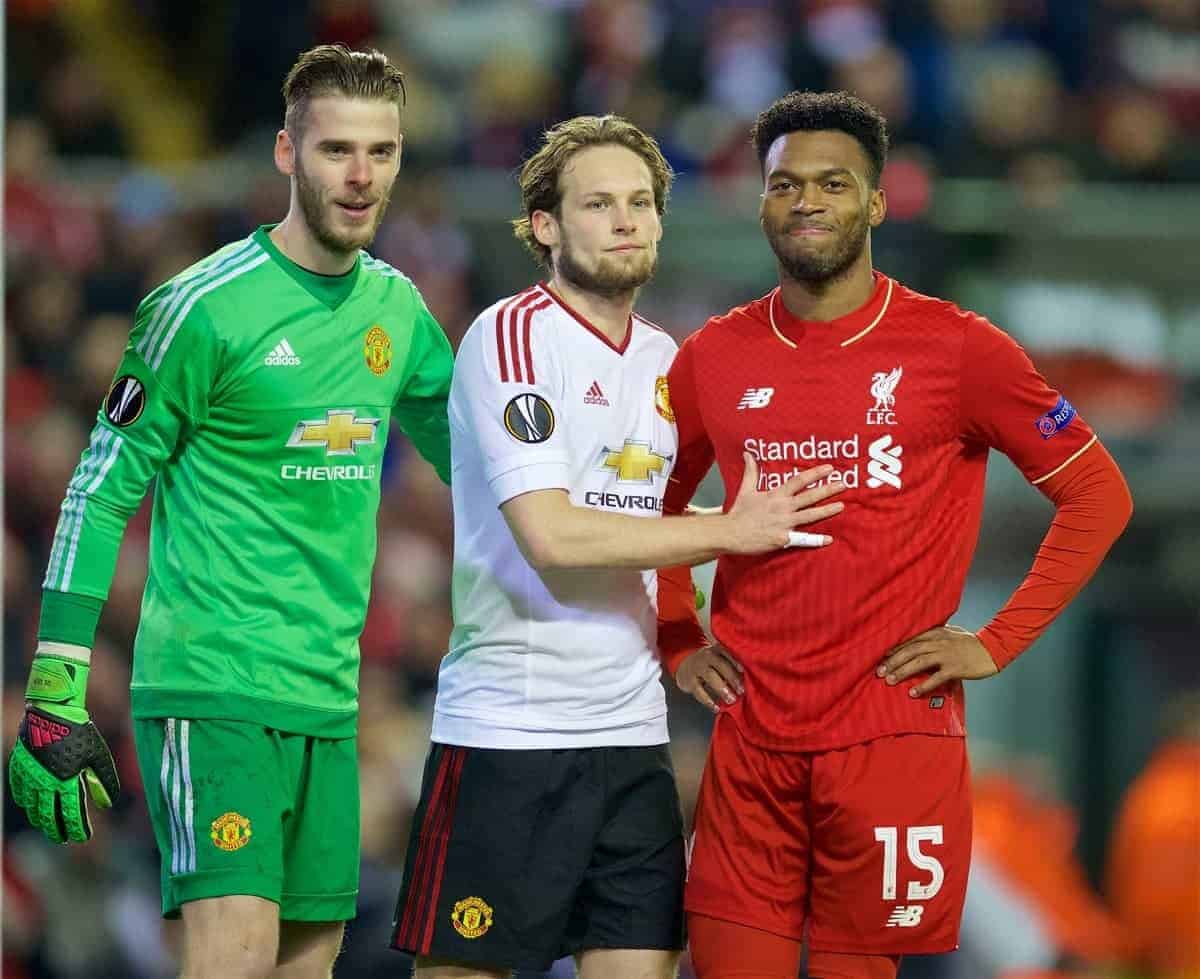 It proved to be an interesting night of Europa League last-16 action, with Liverpool’s 2-0 win over Man United the standout result. The Reds produced a performance of real quality and fight against their bitter rivals, and the tie could easily already be over had it not been for some great goalkeeping from David de Gea.

It was a night that made you scratch your head and wonder how Liverpool are behind United in the Premier League, although the Merseysiders’ increasing momentum means that could change come the end of the season.

There were eight Europa League last-16 first-leg clashes on Thursday night, with plenty to discuss come the end of the evening.

Here are five talking points that emerged from the European action.

Heading into the last-16, Borussia Dortmund were comfortably the bookies’ favourites to lift the Europa League trophy in May.

They hosted Tottenham at Westfalenstadion, and their comprehensive 3-0 win was proof of just what a formidable outfit they are.

Pierre-Emerick Aubameyang scored a first-half header to put his side in total control – 33 goals for the season for the highly-rated striker – and Spurs never looked close to finding a way back into the game.

A Marco Reus double after the break effectively ended the tie as a contest, with next Thursday’s second-leg at White Hart Lane likely to be an almost impossible task for the north Londoners.

Dortmund would be fancied to reach the latter stages of the Champions League on this form, let alone the Europa League.

Mauricio Pochettino has done a magnificent job at Spurs, bringing an exciting brand of football to the club and leading them to second in the Premier League currently.

Despite this, the Argentinian had a bad night at the office in Dortmund, making far too many changes to his starting eleven.

Granted, the league takes precedence this season, but given the magnitude of Thursday’s game and the fact they are playing lowly Aston Villa on Sunday, leaving out so many key men was wrong.

None of Harry Kane, Dele Alli, Erik Lamela, Moussa Dembele or Eric Dier started proceedings, and by the time Kane, Lamela and Dembele came on, it was too late.

The hope for Spurs is that this defeat doesn’t affect their confidence for the remainder of the season, but such comfortable losses can do that.

While resting a few players is completely understandable – Kane looks very tired, for example – making that many changes against such a top side could end up proving damaging mentally.

As mentioned, De Gea’s performance ensured United avoided humiliation at the hands of Liverpool, with the Spaniard exceptional from start to finish.

He made superb stops to deny Sturridge, Philippe Coutinho (twice) and Adam Lallana, and was yet again a Man of the Match contender.

The 25-year-old’s importance to the Red Devils is incredible, and he continues to be their most influential player by a country mile.

While Manuel Neuer is sensational in his own right, no goalkeeper in world football is more pivotal to their side at the moment than De Gea. Over the past few years, he has saved United time and time again.

You can’t help but wonder where they would be if Simon Mignolet was their ‘keeper, and Liverpool had De Gea. He has the potential to be an all-time great.

If only that fax machine had worked properly last summer.

Following a very difficult start to life as Valencia manager, Gary Neville has steadied the ship and led his side to the Europa League last-16.

Having been drawn against fellow La Liga side Athletic Bilbao, Neville’s men made the trip north for Thursday’s first-leg.

It was Bilbao who prevailed on the night, with former Atletico Madrid man Raul Garcia heading home the only goal after 20 minutes.

Although Neville’s team are now underdogs to make it through to the quarter-finals – the La Liga table goes to show that Bilbao are superior – it is still a tie that is very much alive.

Valencia’s Mestalla Stadium can be one of Europe’s most daunting grounds to visit, and it promises to be a tight return fixture in just under a week’s time.

Talented Leverksuen side in trouble

Because of the headlines Bayern Munich and Dortmund generate between them, Bayer Leverkusen often don’t get the credit they deserve.

They are a very exciting, if inconsistent, young side with bags of quality, and many fancied them to go far in this season’s Europa League.

The German’s were taken down a peg or two in their first-leg away to Villarreal, however, with the hosts securing a 2-0 win.

Villarreal are fourth in La Liga for a reason, and their quality shone through at El Madrigal, with Cedric Bakambu netting both goals.

It is a big uphill task for Leverkusen to qualify for the last-eight now, and like United, they cannot afford to concede an away goal next week.