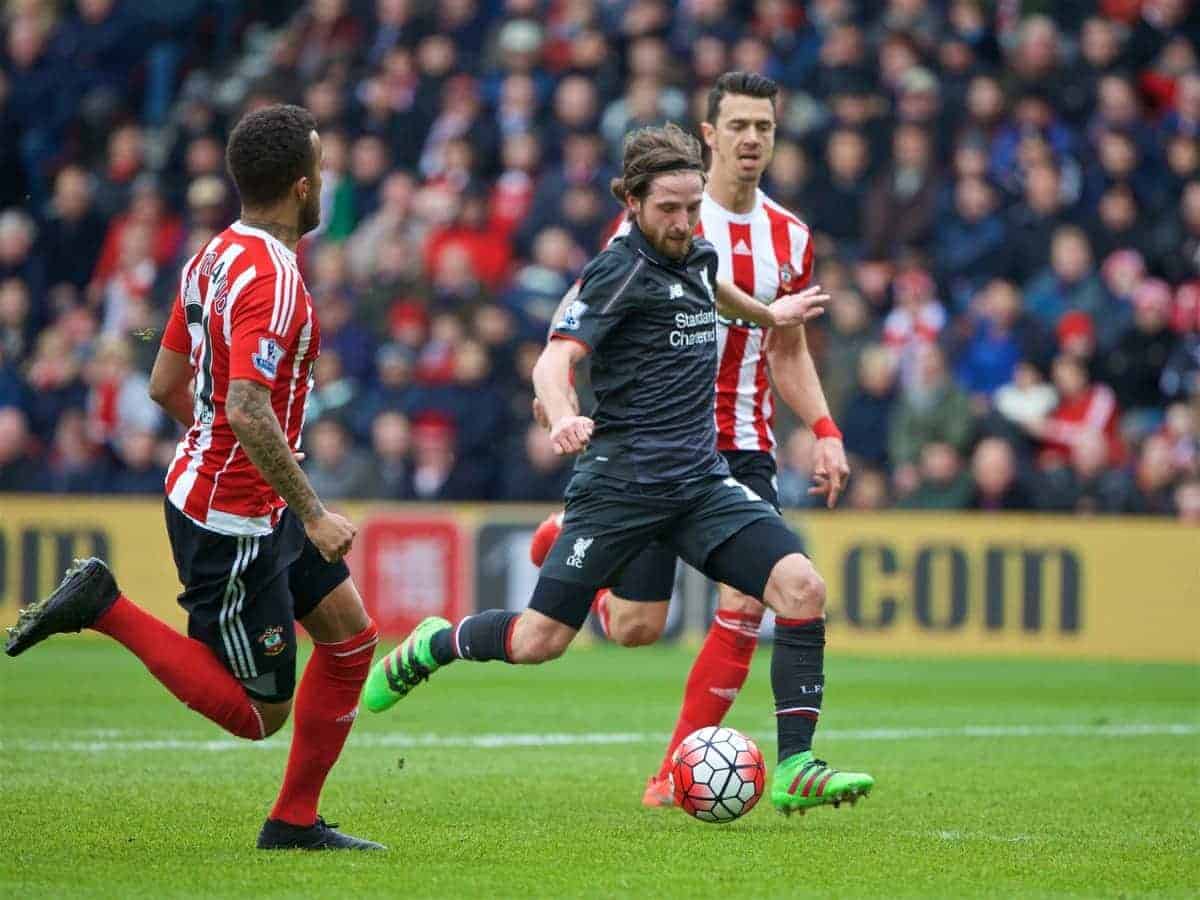 Liverpool missed a huge opportunity to make it four league wins a row at Southampton, and Joe Allen claims they’ll learn from the defeat.

The Reds were in complete cruise control at half-time, leading 2-0 and producing a good performance in all departments.

Jurgen Klopp‘s side capitulated in the second-half, however, surrendering their two-goal lead and losing late in the day.

Allen, who missed a huge chance to make it 3-0, admits he doesn’t quite know how Liverpool lost the game – but claims the team will learn from their errors between now and the end of the season.

“I don’t quite know. I don’t know what to say really, but we are all very disappointed”, Allen told Liverpoolfc.com.

“To be ahead like that and then throw it away is hugely disappointing.

“Our focus has been on the run, gaining that momentum and I thought for large spells it looked like we would keep that going, but to come away with nothing… we can’t look beyond that at the moment.

“We’ll make sure lessons are learned and for the rest of the season we’ll have to get that ball rolling and get some wins again.”

For all Allen’s positivity, the frustration is that the team is not learning from their same mistakes, with a lack of killer instinct at both ends of the pitch evident time and time again.

15 – Liverpool have dropped the most points from leading positions in the Premier League this season (15). Careless.

Liverpool have dropped more points from winning positions than any other team this season, and have conceded more goals after 80 minutes than anyone too.

Klopp will no doubt be well aware of this issue, and it is something he is sure to address when it comes to bringing in more ruthless, consistent players in the summer.