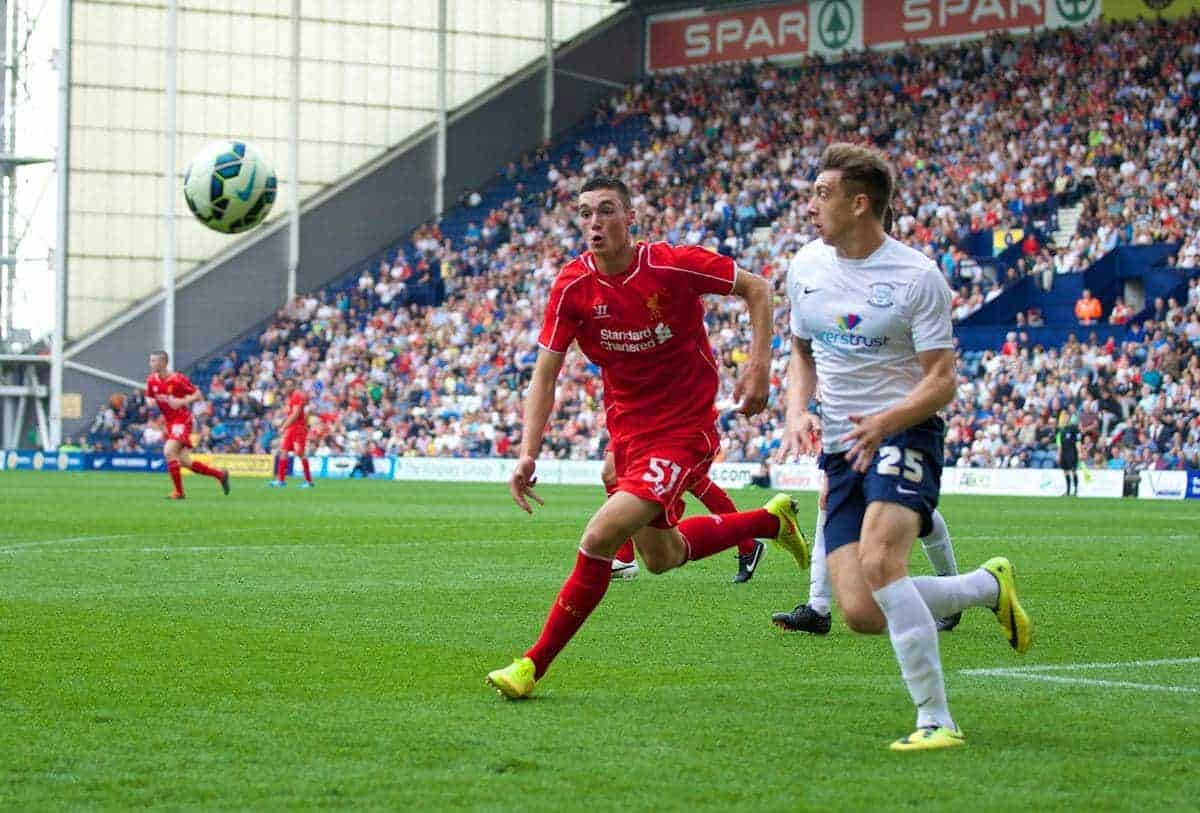 We round-up how Liverpool’s loan men fared for their temporary clubs throughout the last seven days, with a disappointing week of action for the loanees.

In a week of little productivity for the loaned members of Jurgen Klopp’ squad, there was a huge positive with the long awaited return to match action of young defender, Lloyd Jones.

Having suffered a nasty ankle injury at the beginning of October, Jones made his comeback to the Bloomfield Road pitch after six months out – starting and impressively playing the full 90 minutes for Blackpool in their League One loss to promotion chasing, Coventry.

It wouldn’t prove to be the perfect comeback as the Tangerines went down 1-0 to the Sky Blues, but the centre-back enjoyed a good afternoon at the heart of ‘Pool’s defence, which he will hope to build on for the rest of the campaign.

It was a mixed week of fortunes for Ryan Fulton in League Two.

The young ‘keeper helped Portsmouth to a midweek 3-1 win over Accrington Stanley, where he produced a solid display and was helpless to prevent Stanley’s consolation with some poor defending in front of him.

But Saturday proved an afternoon to forget for Fulton, with the Scottish ‘keeper at fault for the opening goal of Pompey’s 3-0 defeat to Newport.

Rising to claim a high ball in the box, he missed his catch completely in the six-yard box allowing Newport to head themselves into the lead, which they extended with ease as 10-man Pompey failed to recover from the first half set-back, making for a miserable day at Fratton Park.

In the Championship, Sergi Canos played 64 minutes of Brentford’s 3-0 west London derby loss to QPR on Saturday as the Bees poor form continues.

The attacking midfielder was one of the positives however, showing his class in flashes and almost handing his side the lead with a shot that flashed wide of the far post, but he was withdrawn early to the disappointment of sections of the Bees’ support as QPR took control and scored twice following his exit.

Back in League One, Lawrence Vigouroux conceded twice as Swindon drew 2-2 with Millwall to extend the Robins’ unbeaten run to six games.

The Reds’ loanee was helpless to prevent either goal, being beaten by two good finishes, but did his job in keeping his side in the contest, which provided the catalyst for a fight-back from two goals down to claim a draw.

It was a week of very little action and production for Liverpool’s loaned men plying their trade across the continent.

Frustratingly starting on the bench, Alberto was introduced with Depor only 1-0 down as Victor Sanchez searched for a way back, but within a minute of coming on Atletico doubled their lead to kill the contest, leaving the creative midfielder little chance to make an impact.

Taiwo Awoniyi was the only other European based loanee to feature this week, with the Nigerian playing 66 minutes of Frankfurt’s 3-1 loss to Freiburg in Germany.

Leading the line for the Bundesliga2 outfit, Awoniyi caused problems with his size and strength, but couldn’t find the net before being withdrawn with the score level – a substitution that had a negative impact as the home side conceded twice in the final 10 minutes.

In Italy, Mario Balotelli was an unused substitute for AC Milan in their goalless Serie A draw against Chievo on Sunday afternoon, and in Serbia, there was no action for Marko Grujic this week, with Red Star Belgrade’s match against Novi Pazar being postponed.

All the support from the football side with Marko Grujic, Mihailo Ristic and Marko Pantelic at @kkcrvenazvezda game pic.twitter.com/wRPEik4oQb

Young Brazilian Allan Rodrigues was left out of Sint Truidense’s matchday squad for their draw with Lokoren, while Samed Yesil was also missing from Luzern’s squad for their defeat against Lugano, with conflicting reports over whether the German striker was injured or dropped.

And finally, academy graduate Will Marsh was again nowhere to be seen, with the youngster not involved for Sheffield Wednesday Under-21s in their 2-0 loss to Yorkshire rivals, Leeds, on Monday night.

Despite closing in on a return from injury, Andre Wisdom missed another week of action, as did Lazar Markovic and Jordan Williams who also remain sidelined.