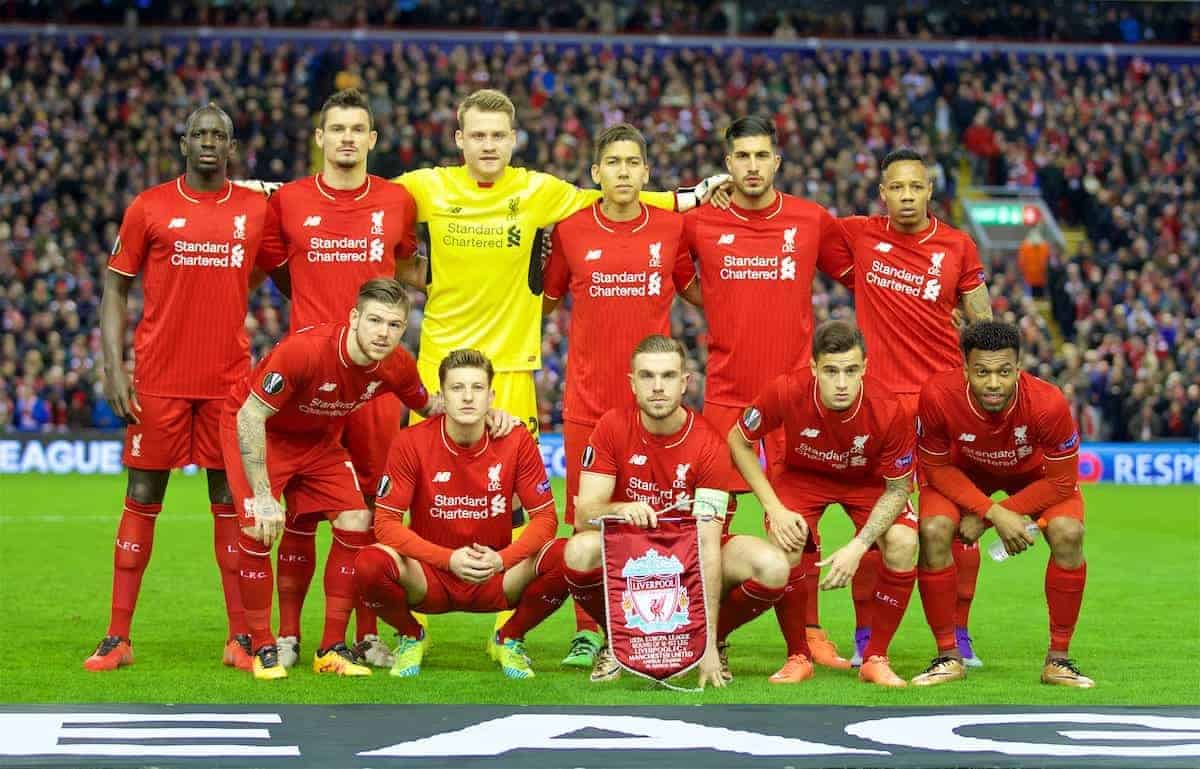 Following Liverpool’s excellent 2-0 win against arch-rivals Man United on Thursday evening, we rate the performance of each Reds player on the night.

Considering Liverpool were up against their greatest adversaries, it was almost embarrassing to see how little Mignolet had to do all evening.

He dealt well with one cross in the second-half, producing a strong punch, and saved solidly from a Morgan Schneiderlin shot. That was about it.

The Belgian looked more authoritative than he has in recent months, but this was a tough night to judge him really.

Nathaniel Clyne – 8 (Man of the Match)

This was arguably Clyne’s best performance in a Reds shirt, with the right-back superb from start to finish.

He was tenacious in the tackle and very impressive positionally, but he did so much more going forward than he invariably has this season. He won the penalty that Daniel Sturridge converted, following a marauding run.

Clyne has been a very fine signing, and he appears to be a player who thrives in the bigger matches.

The 26-year-old looks a completely different player to the one who endured such a miserable first season on Merseyside.

He was commanding in the air, read the game well and generally had the air of a player high on confidence. This is why we paid all that money for him in 2014.

Like Lovren, Sakho was not tested hugely, but he was solid throughout and used the ball in typically crisp, incisive fashion.

One woeful attempted clearance and lunge on Juan Mata almost saw the Frenchman concede a first-half penalty, but it was an otherwise good night for him. He and Lovren are starting to look like a strong pairing.

Moreno has been deservedly criticised for his form in 2016 so far, but this was much more like it from the energetic Spaniard.

His pace was crucial when United counter-attacked on a few occasions, and he was a constant outlet down the left flank from start to finish.

Barring the odd minor lapse, he was far better defensively too. His finest performance of the year to date.

Can is one of Liverpool’s most in-form players, and he once again looked such a commanding presence in the middle of the park.

Physically he was monstrous – almost impossible to shrug off the ball – and he generally kept things simple on the ball. A good showing, if not the supreme performance he produced against Crystal Palace on Sunday.

The Reds skipper has been far from his best since returning from injury earlier this season, but this was one his better displays of the campaign.

His pressing and general work-rate were admirable, and his passing was far more effective than some will give him credit for.

Still not perfect, by any means, and he should have done far better with a great second-half chance, but much better from Henderson. Played a key role in Roberto Firmino‘s goal.

For once, Coutinho didn’t play a starring role for his side, but he was very effective and played his part in what was a brilliant attacking display.

The Brazilian’s tricks and flicks were there for all to see, and he worked extremely hard. He was occasionally guilty of holding onto the ball for too long, but that feels a little picky.

As the game progressed, Lallana steadily grew in stature, and by the end he was a definite contender for Man of the Match.

Some of his footwork was truly dazzling at times, and his ability to press relentlessly is exactly why Jurgen Klopp clearly rates him.

The 27-year-old teed up Firmino to make it 2-0, and this was another good night in what is a very good run of form from the English international.

What a fabulous footballer Firmino is to watch.

Everything is just so effortlessly brilliant about the former Hoffenheim man, and there were times when United couldn’t get near him.

He almost always chose the right option, producing some lovely touches and turns, and took his goal with great confidence. Growing in stature by the game.

Sturridge may have scored the penalty that set the ball rolling, but in truth, he was far from his best on Thursday evening.

He did look dangerous in the first-half, and was denied by a good save from David de Gea, but he tried a little too much on the ball and didn’t really get anywhere.

The striker was substituted midway through the second-half, which was the correct decision from Klopp. It is completely understandable that Sturridge still looks a little rusty.

The Welshman did very well when he came on, looking a class act both on the ball and in his all-round intelligence. It seems a shame that he will likely leave in the summer.

This was a great night for the German, who earned his first win over United in deserved fashion.

His starting eleven pretty much picked itself, but the way in which he got his side pressing the visitors all over the pitch was a joy to watch, and the football was relentless too.

A very good decision to replace Sturridge with Allen, which was proof of Klopp noticing his team had lost a little impetus. Sometimes you have to pinch yourself to check that this man is really Liverpool’s manager.