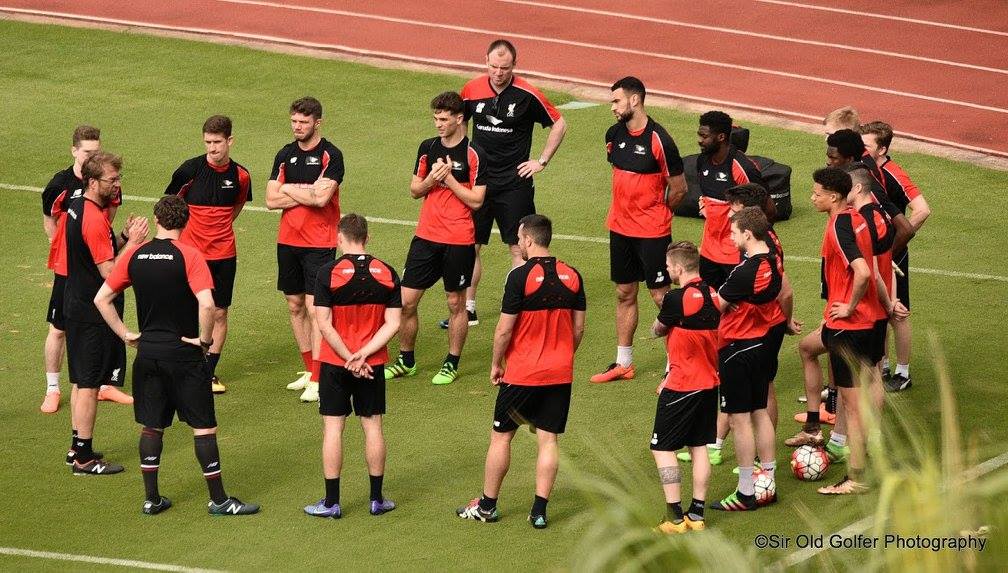 Jurgen Klopp and his remaining Liverpool FC squad are training at their Tenerife camp, as many first-team stars embark on international duty. The majority of Klopp’s squad will turn out for their countries in international friendlies over the coming days, with the German taking the remainder of his squad to a training camp in Tenerife.

This sees first-team players such as Alberto Moreno, Jon Flanagan and Kolo Toure are joined by a number of academy stars. Taking training on Wednesday morning, Klopp welcomed Moreno back into the fold after a hamstring injury, with the left-back involved alongside his fellow Spaniard, Pedro Chirivella. Promising goalkeeper Shamal George, who has travelled with the first-team squad for much of 2016, was also present, as were U18s stars Adam Phillips and Ovie Ejaria. Roberto Firmino and Lucas Leiva have also travelled to Tenerife with the squad as they recover from injury.

Firmino is receiving treatment in Spain, with the extent of his injury unclear at this stage.

Liverpool are training at the Tenerife Top Training facility, located in the fishing village of La Caleta, with the squad enjoying down time ahead of their return to action on April 2.

Also in Tenerife are Danny Ings and Joe Gomez, as both continue their recoveries from ACL injuries.

On Moreno, Klopp told the official website: “It’s really big for us. We let him come in this morning, training light – no real challenges, he could pass a few balls.”

“But it was really good and he felt absolutely nothing, so from tomorrow he is completely back in the race, which is very important for us.

Meanwhile, 20 Liverpool players can be seen turning out for the national teams during the break, including England quintet Jordan Henderson, James Milner, Adam Lallana, Nathaniel Clyne and Daniel Sturridge.