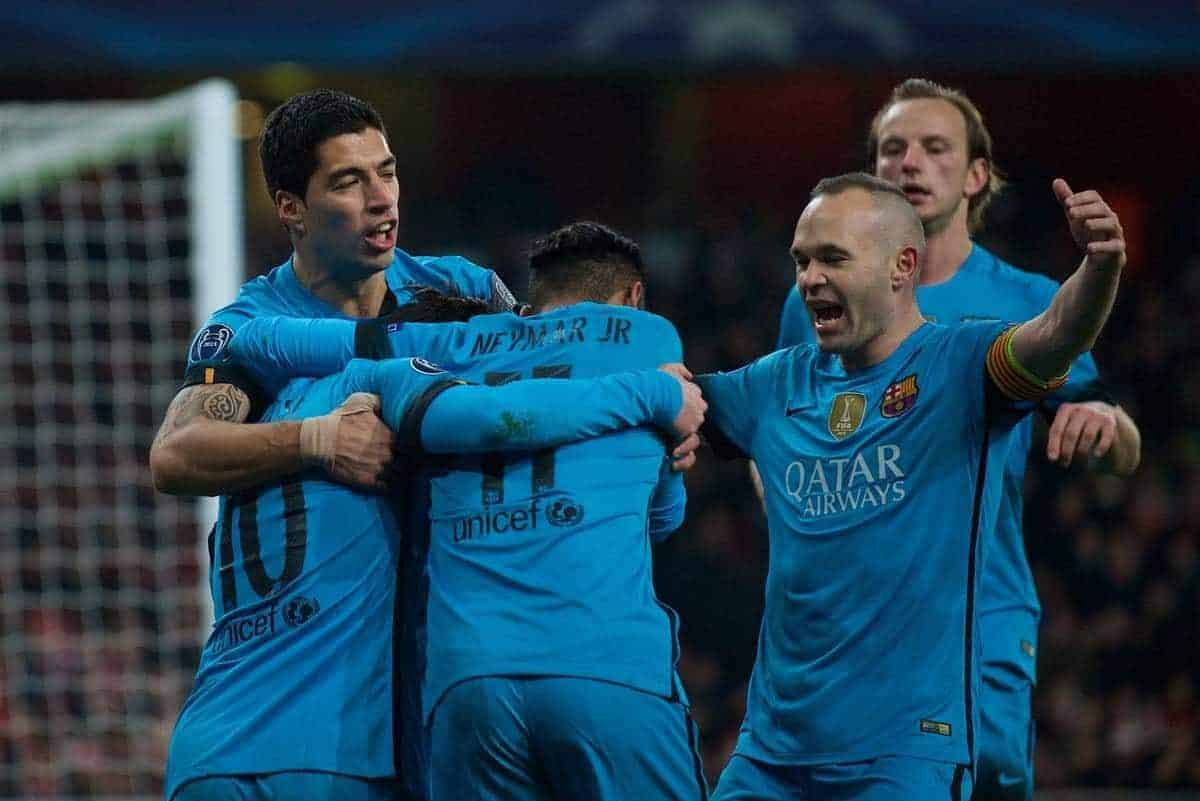 Liverpool will be reunited against former striker Luis Suarez when they take on Spanish giants Barcelona this summer, with the venue reported to be Dublin’s Aviva Stadium. After two games in the US in July, Liverpool will continue their International Champions Cup campaign against Luis Enrique’s Barcelona.

Set to take place on Saturday, August 6th, this will continue the Reds’ pre-season schedule, which will also take in clashes with Chelsea and AC Milan, as Jurgen Klopp prepares his side for 2016/17.

The location of Dublin has not been confirmed by Liverpool FC, who have only stated it as a “European venue”, but has been leaked elsewhere.

Update: Given Barcelona are due to play against Celtic in Dublin, it looks unlikely they’ll play there twice this summer. Sorry Irish Reds!

Liverpool’s last trip to the Aviva Stadium saw Brendan Rodgers’ side beat Shamrock Rovers 4-0 in a post-season friendly in 2014.

Goals from Iago Aspas, Fabio Borini, Martin Kelly and Jack Dunn sealed victory that day, but Liverpool are now a much-changed side.

One player to leave the club shortly after that fixture was Suarez, who is poised to line up against his former side for the first time since joining Barcelona in a deal worth £75 million.

Suarez returned to Anfield in March last year to take part in Steven Gerrard’s All-Star charity game, but this will mark his first appearance against the Reds.

Barcelona will also take on Celtic and Leicester City during their UK jaunt, but their clash with Liverpool looks set to be the most anticipated fixture of the Reds’ summer schedule.

This could well be the last outing for Klopp’s side in pre-season, serving as the perfect primer if the German is to lead Liverpool to success in 2016/17.