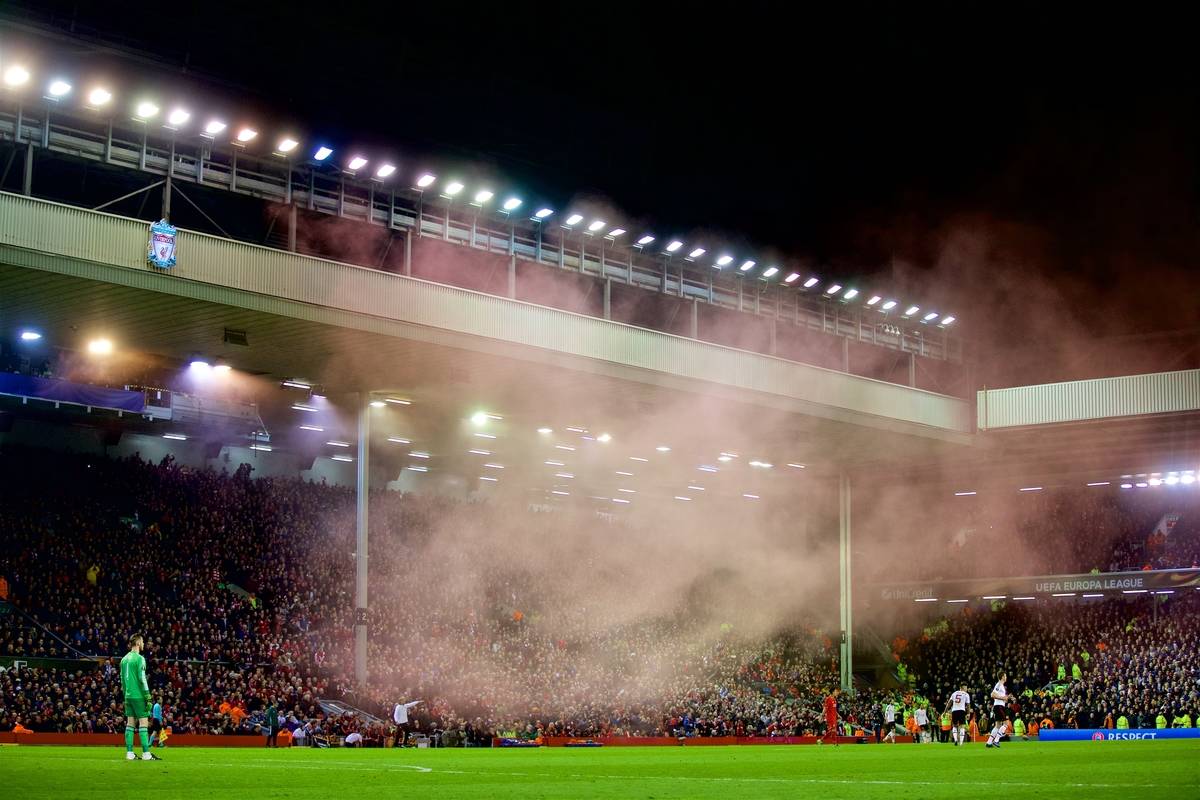 Manchester United have avoided UEFA sanction for supporters’ chants about the Hillsborough disaster during Thursday’s Europa League clash with Liverpool.

Last week was the first ever European meeting of the north-west giants – the first leg of a last-16 tie which Jurgen Klopp‘s men won 2-0 at Anfield.

The match was somewhat overshadowed by unsavoury chants from the away end, with sections of the travelling support heard singing about the Hillsborough disaster on several occasions. A crush during the 1989 FA Cup semi-final between Liverpool and Nottingham Forest, in which 96 people were killed, was the subject of chants referencing media coverage at the time.

However, a UEFA spokesperson has confirmed United will not be punished for the incident.

The chanting was not mentioned in the match officials’ reports, additional reports included, so no disciplinary proceedings have been opened as a result.

Manchester United condemned the chanting on Friday and said the club were in discussion with fans’ groups ahead of the second leg.

“It has always been the position of Manchester United that chants of this nature, which refer to historical tragedies, have no place in the game and do not reflect the values the club holds,” the statement read.

“We are in discussion with our fans’ groups to seek their support in preventing this type of behaviour in the future.”

Merseyside Police said on Friday it had yet to receive any complaints about the songs that ex-United striker Dion Dublin called “disgusting” and former Liverpool midfielder Ray Houghton labelled “dreadful”.

Thursday’s chants from the away end were also reported to have focused on the Heysel disaster, when 39 fans died before the 1985 European Cup final between Juventus and Liverpool.

This is not the first time that vile songs have been heard during this fixture, with some Liverpool supporters having previously sung about the Munich air disaster that claimed 23 lives as United flew back from a European fixture in 1958.

It is understood that officials will be paying closer attention to chants when the teams meet for the return fixture at Old Trafford on Thursday.

UEFA charged Lazio for, amongst other things, illicit chanting on Friday after their last-16 first leg against Sparta Prague in the Czech Republic.

Marouane Fellaini has also escaped UEFA punishment for throwing an arm at Emre Can towards the end of the first leg.

Former referee Howard Webb, who officiated the 2010 World Cup final, said the act of violent conduct should have been a red card, but it was missed by the six officials at Anfield.

The incident was not included in the match officials’ reports so no action could be taken retrospectively.