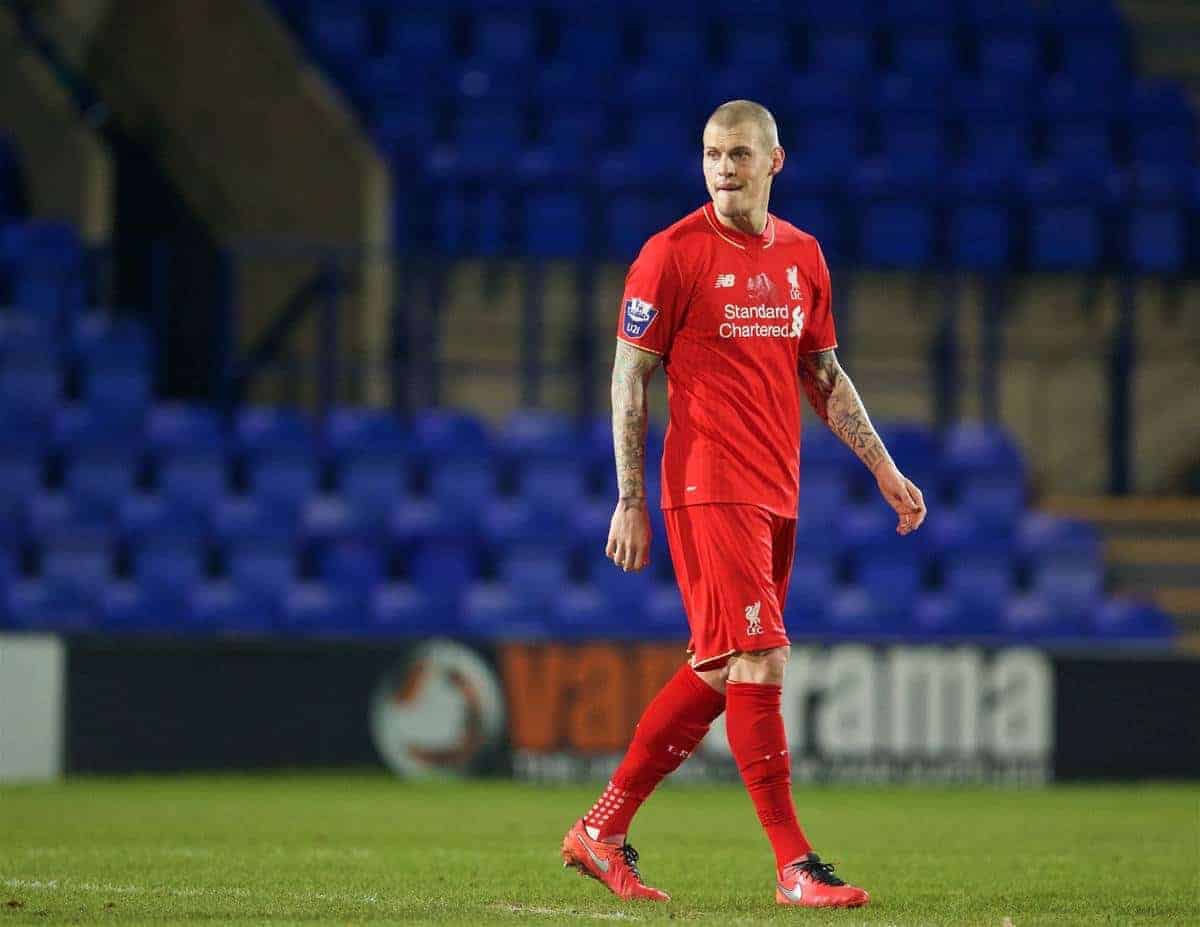 Martin Skrtel made his return to action after a lengthy hamstring injury, playing 60 minutes in the Liverpool U21s’ 1-1 draw with Man United.

Welcoming United to their new home at Tranmere Rovers’ Prenton Park, Liverpool fielded a strong U21s side, including a number of first-team regulars.

With Skrtel making his first appearance since suffering injury in December, the Slovakian centre-back joined Steven Caulker at the heart of Michael Beale’s defence, flanked by Brad Smith and Connor Randall.

Danny Ward captained the side in goal, despite Cameron Brannagan starting in midfield, alongside Pedro Chirivella.

Chirivella, fresh from signing a new long-term contract, patrolled the middle of the park, dictating play from deep and supplying the likes of Sheyi Ojo and Ryan Kent.

Providing width on the flanks, Ojo and Jordon Ibe looked to stretch United with pace, but it wasn’t until the second half that the young Reds had their breakthrough.

This came through Jerome Sinclair, playing out his Reds contract ahead of a likely summer move.

After spending much of the first half on the back foot, struggling to cope with the enigmatic Adnan Januzaj in attack, Liverpool’s strike came, typically, on the counter.

After Chirivella lofted a high ball into the United half, Kent latched onto a clearance and played a perfect through ball for Sinclair.

With Joel Pereira charging off his line, the 19-year-old chipped the ball over the United goalkeeper to put the Reds ahead.

Inspired by the pace and power of an in-form Ojo, Liverpool gained momentum, driving at United throughout the second half.

Substitute Alex O’Hanlon came close to giving the U21s their second, after replacing a disappointing Ibe, but the midfielder was unable to convert from close range.

This proved to be pivotal, with United captain James Weir levelling the scores with 18 minutes to spare, before going close to adding a winner late on.

Beale’s side held on, with the U21s manager no doubt keen to focus on the positive development of Ojo and the progress made by Skrtel on his return from injury.