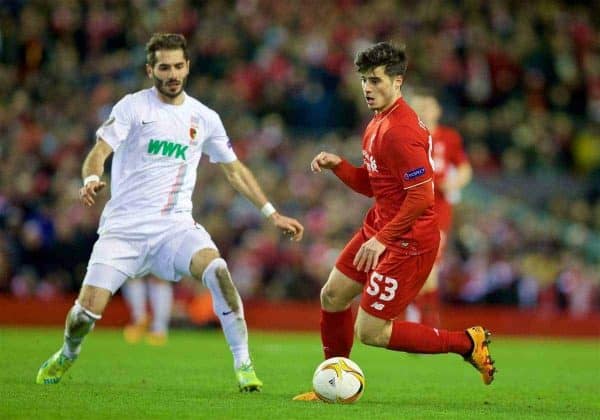 Liverpool’s out-of-favour attacking midfielder Joao Teixeira has agreed to join Serie A side Fiorentina at the end of the season, according to reports on Wednesday.

Reports in Italy claim the Portuguese midfielder will leave Anfield in the summer and that an agreement is already in place with Fiorentina.

Teixeira is out of contract this summer and, given his limited playing time under Jurgen Klopp this season, it would be a shock if he agreed a new deal at Liverpool.

With the likes of Philippe Coutinho, Adam Lallana and Jordon Ibe already ahead of the 23-year-old in the pecking order, and new additions sure to be brought in, Teixeira’s first-team opportunities will only become more limited.

Speaking four weeks ago, Klopp said: “Players like him need matches, and if you can’t get it then you have to leave.”

Teixeira himself said: “I haven’t played much. I’ve been on the bench a lot and I don’t like that.”

Since then, he’s started just twice – the two FA Cup games against West Ham – and had two sub appearances, against Augsburg and Leicester.

“For now, my plans are to stay with Liverpool and play more here,” said Teixeira in January. “But you never know what will happen in the future.”

Just seven appearances in all competitions – five starts – outlines how peripheral his role is at the club.

The youngster’s only goal for the Reds to date came in the 3-0 win over Exeter City in the FA Cup third round replay, and he has never quite kicked on as many hoped he would.

He has spent time on loan at both Brentford and Brighton since joining Liverpool in 2013, and a broken leg at the latter last season has arguably curtailed his progress somewhat.

Klopp needs to get rid of plenty of players this summer, and sadly, Teixeira is one who seems to be deemed surplus to requirements.