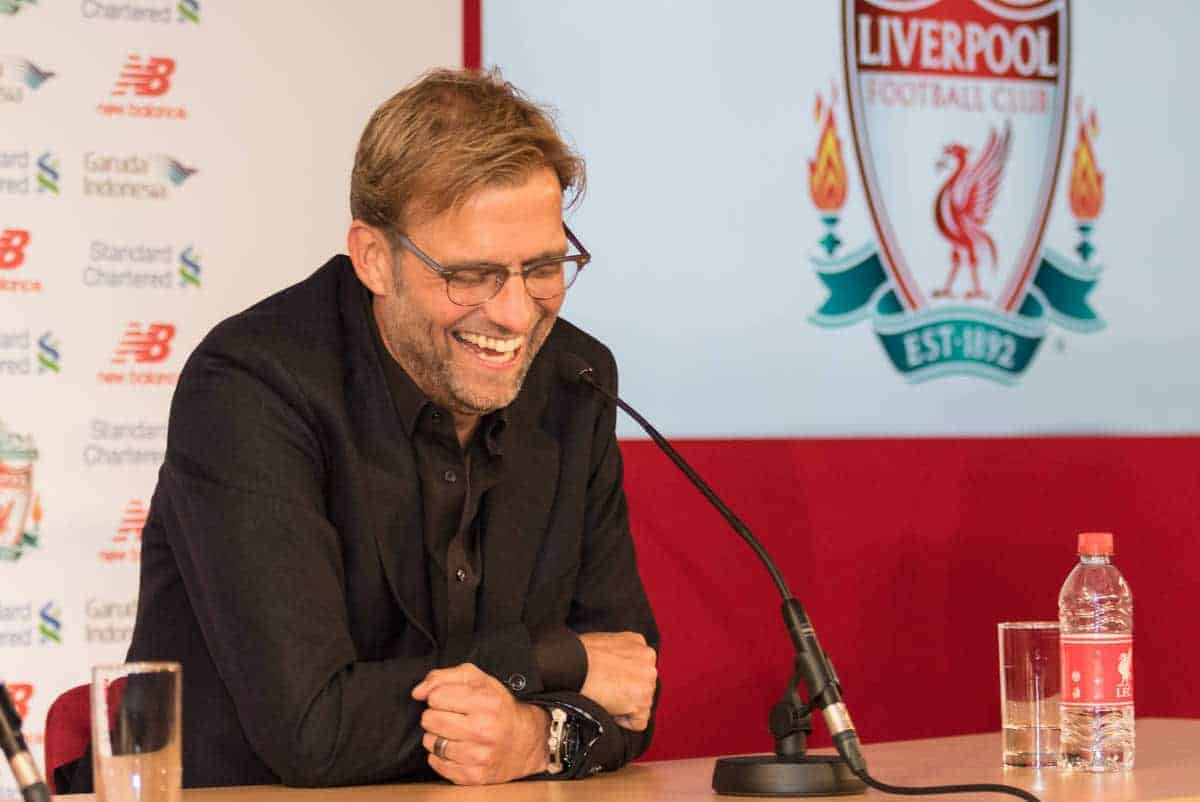 As Jurgen Klopp marks his first six months as Liverpool manager, we take a look back at his time so far by selecting six of the best pictures.

Time flies when you’re having fun, and it certainly has under the short but exciting tenure of the charismatic German manager so far.

Six months have flown by since Klopp succeeded Brendan Rodgers to become the first German to manage Liverpool Football Club back in October – some 40 games ago.

It has been something of a rollercoaster ride already under the likeable 48-year-old, who has enjoyed some memorable highs and frustrating lows along the way in his maiden half-year in charge.

But most importantly, Klopp has already instilled real belief that the good times will return to Anfield under his stewardship.

Here, we pick six of the best pictures from his first six months as Liverpool boss. Adam Lallana collapses into Klopp’s arms as the Reds kicked off a new era under the German boss with a hard-working goalless draw at Tottenham.