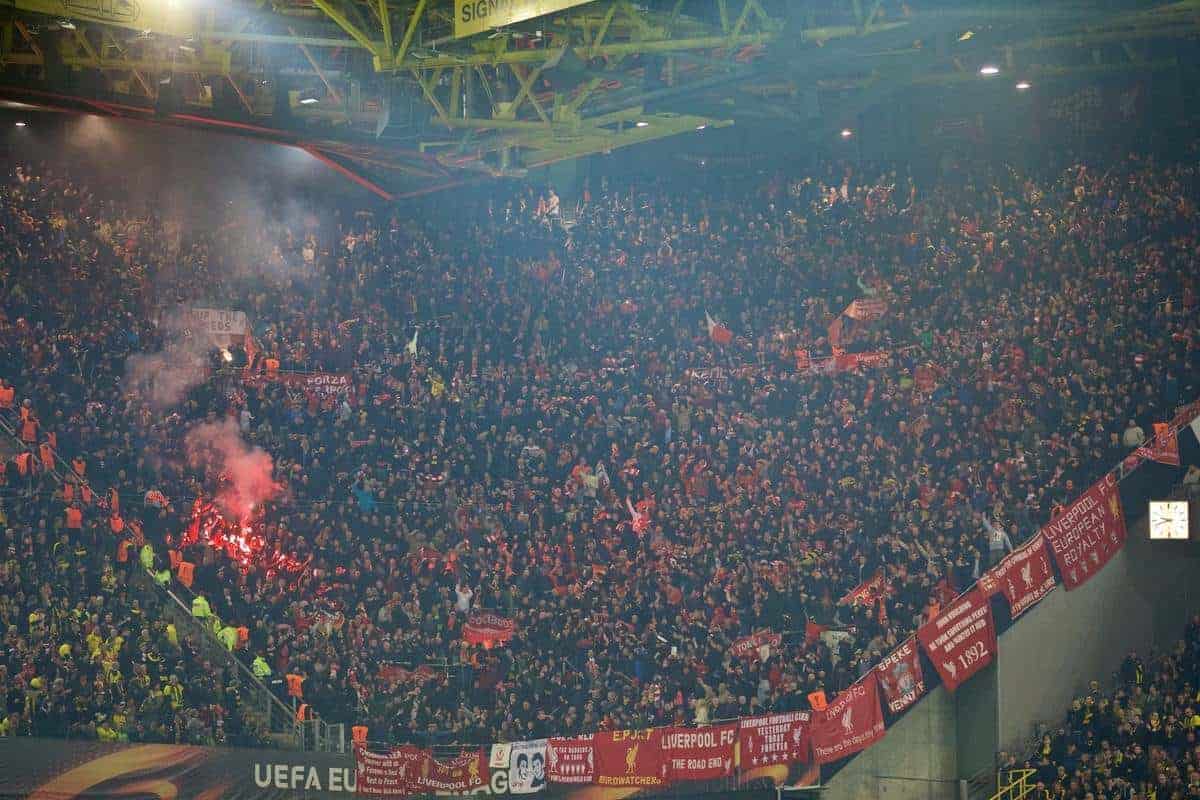 Following Liverpool’s spirited 1-1 draw away to Borussia Dortmund on Thursday evening, we bring you the best fan reaction on social media.

In a game that many felt the Reds would lose comfortably, Jurgen Klopp‘s produced an excellent team performance at Signal Iduna Park.

Divock Origi, picked ahead of Daniel Sturridge, gave the visitors a first-half lead, before Mats Hummels equalised shortly after half-time.

It makes next week’s second leg at Anfield extremely interesting, and the atmosphere inside Liverpool’s famous stadium will be electrifying.

Here is how social media reacted to the result:

Given the calibre of opponent, as accomplished a performance we’ve seen under Klopp. Shame LFC didn’t win. Deserved to…

Joe Allen very good again, assured on and off the ball. I'd definitely start him for suspended Emre Can on Sunday.

Sloppy goal to concede but will take that result. Back them to score at our place so we still need to be at our best. #LFC

Sakho and Lovren superb tonight, in their own special way. They deserve huge credit for keeping a fantastic Dortmund attack pretty quiet.

Really really good result that for the Reds- shocking marking for their goal but would have taken 1-1 before KO every day of the week.
– LFCBodger on the forums.

Sakho and Lovren were brilliant tonight.

Good result for Liverpool. Everyone expected us to lose here. Anfield will be bouncing next week and we'll go through.

Great European performance that from Liverpool, battling throughout, good team play, now to our place to step it up a notch or two!

#LFC delivered the kind of tactical, intelligent performance against a very good European side that had been missing since Rafa's time.

That's a great away performance in Europe I am made up don't care about rest of Twitter see you next week up the Reds!!!!

No German team has ever won at Anfield in the Europa League. ?

Very happy with that. Lovren and Sakho were brilliant, Origi did his job perfectly. Lots to look forward to next week.
– Sweeting on the forums.

An excellent European away game-plan, performance and result against a top side ??? #lfc

Imagine saying this time last year that we'd play Dortmund, Origi would score and Lovren would keep Aubameyang in his pocket. Funny game.

Big thing is we probably should have won. We’ve taken Dortmund off a pedestal there & Klopp can tell the lads to take it to them at Anfield.