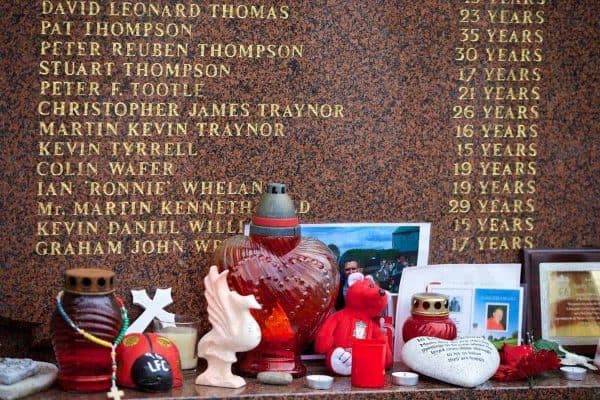 Hillsborough inquests jury’s verdict to be given on Tuesday

The jury’s conclusions on the fresh Hillsborough inquests into the 96 deaths at Britain’s worst sporting disaster will be delivered on Tuesday.

On Monday, Sir John Goldring explained to the jury of six women and three men that he could accept a decision of 7-2 or 8-1 on the one remaining question they had not agreed on – the question as to whether the Liverpool fans were unlawfully killed.

The jurors continued their deliberations before they returned and indicated that at least seven of them had reached a majority decision in respect of that question.

The decisions will be given from 11am on Tuesday.

Addressing the jury, Sir John said: “It is so that those families who could not be here all the time can come.

“So it will be tomorrow that I will ask you formally to return your findings in relation to the general and individual questionnaires.”

The jury has been told to answer a general questionnaire of 14 questions as well as record the time and cause of death for each of the Liverpool fans who died in the disaster on April 15, 1989.

These include questions about the police planning before the game, stadium safety, events on the day, the emergency services’ response to the disaster and whether the fans were unlawfully killed.

Last Wednesday the jury indicated to the court in Warrington that unanimous decisions had already been made on every question apart from question six.

Question six asks: “Are you satisfied, so that you are sure, that those who died in the disaster were unlawfully killed?”

Before they were sent out on April 6 to start their deliberations, jurors were told they could only answer “yes” if they were sure that match commander Chief Superintendent David Duckenfield owed a duty of care to those who died in the disaster, and that he was in breach of that duty of care.

The hearings have been ongoing for more than two years, with the jury having heard evidence from more than 800 witnesses.

The fresh inquests began on March 31 2014, in a specially built courtroom in Warrington. Dozens of relatives of the victims have attended each of the more than 300 days the court has sat at Bridgewater Place on the Cheshire town’s Birchwood Park business park.

At the start of the inquests, the coroner said none of the victims should be blamed for their deaths. Emotional tributes to each of the 96 were then delivered by family members in the form of personal portraits.

The 1991 verdicts from the original inquests were quashed following the 2012 Hillsborough Independent Panel report.