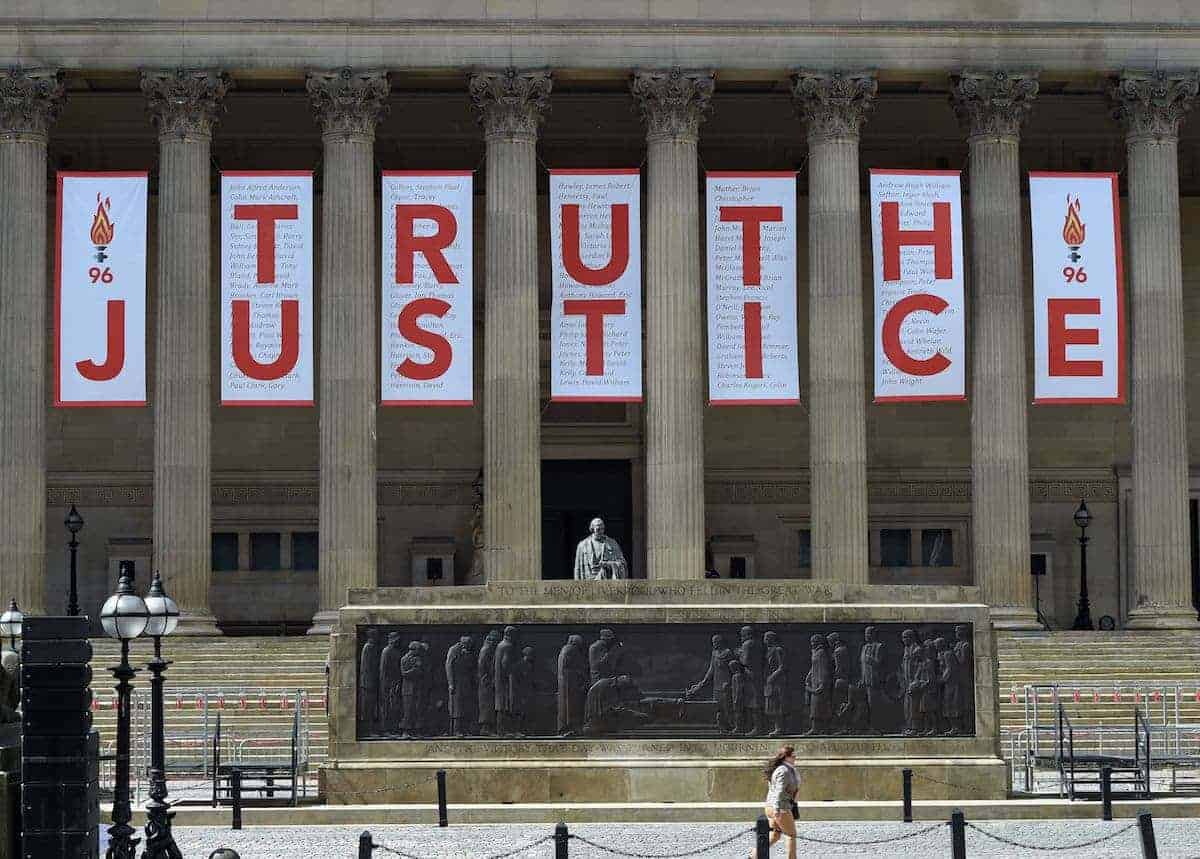 Families of the 96 Liverpool fans who died in the Hillsborough disaster declared that justice had finally been done as an inquest jury ruled the victims had been unlawfully killed in a tragedy caused by police blunders.

Lawyers acting for the families said the conclusions, at the end of the longest jury case in British legal history, had completely vindicated their tireless 27-year battle for the truth.

The deaths were ruled accidental at the end of the original 1991 inquest.

But those verdicts were quashed following the 2012 Hillsborough Independent Panel report, which concluded that a major cover-up had taken place in an effort by police and others to avoid the blame for what happened.

The new jury concluded that blunders by the police and ambulance service on the day had “caused or contributed” to the disaster and that the victims had been unlawfully killed.

The jury forewoman wiped away tears and had a catch in her voice as she confirmed the answers to 14 questions about the disaster to coroner Sir John Goldring.

Leading Hillsborough campaigner Margaret Aspinall, whose 18-year-old son James died in the disaster, said afterwards: “Let’s be honest about this – people were against us. We had the media against us, as well as the establishment.

“Everything was against us. The only people that weren’t against us was our own city. That’s why I am so grateful to my city and so proud of my city.

“They always believed in us.”

Surrounded by a sea of camera crews and reporters outside the court, she added: “I think we have changed a part of history now – I think that’s the legacy the 96 have left.” Labour MP Andy Burnham, who has supported the campaign, said: “This has been the greatest miscarriage of justice of our times.

The jurors were told they could only reach the unlawful killing determination if they were sure of four “essential” matters concerning the deaths at the 1989 FA Cup semi-final.

They had to be convinced match commander Chief Superintendent David Duckenfield owed a duty of care to those who died, and that he was in breach of that duty of care.

They concluded it was unlawful killing by a 7-2 majority. The jury also ruled that fan behaviour did not cause or contribute to the tragedy.

The Hillsborough disaster unfolded during Liverpool’s cup tie against Nottingham Forest on April 15 as thousands of fans were crushed at Sheffield Wednesday’s ground.

The jury found that: “There was a lack of co-ordination, command and control which delayed or prevented appropriate responses.”

On the role of former South Yorkshire Metropolitan Ambulance Service (Symas), the jury said: “Symas officers at the scene failed to ascertain the nature of the problem at Leppings Lane.

“The failure to recognise and call a major incident led to delays in the responses to the emergency.”

Criminal investigations into the disaster and claims of corruption in its aftermath could finish by the end of the year, when prosecutors will decide whether to charge any individual or organisation.

The officer leading the police inquiry, Assistant Commissioner Jon Stoddart, said: “Now that the inquests have concluded, my sole focus is on completing the criminal investigation which I expect will be finished by the turn of the year.

“It will then be for the Crown Prosecution Service to consider the evidence and decide whether any individual or organisation should face criminal prosecution.”

The Independent Police Complaints Commission, the official police watchdog, also expects its investigation – the biggest in its history – to finish in December or January.

The jury of six women and three men gave their decisions on an emotionally charged day for relatives of the 96, many of whom were in court.

The fresh inquests began on March 31, 2014 in a specially-built courtroom in Warrington, Cheshire.

After the key conclusions were delivered on Tuesday, someone in court shouted “God bless the jury”.

The jurors were given a round of applause as they left the courtroom.

Dozens of relatives of the victims have attended each of the more than 300 days the court has sat.

As families left the building they were met with applause from crowds who had gathered outside the court in support.