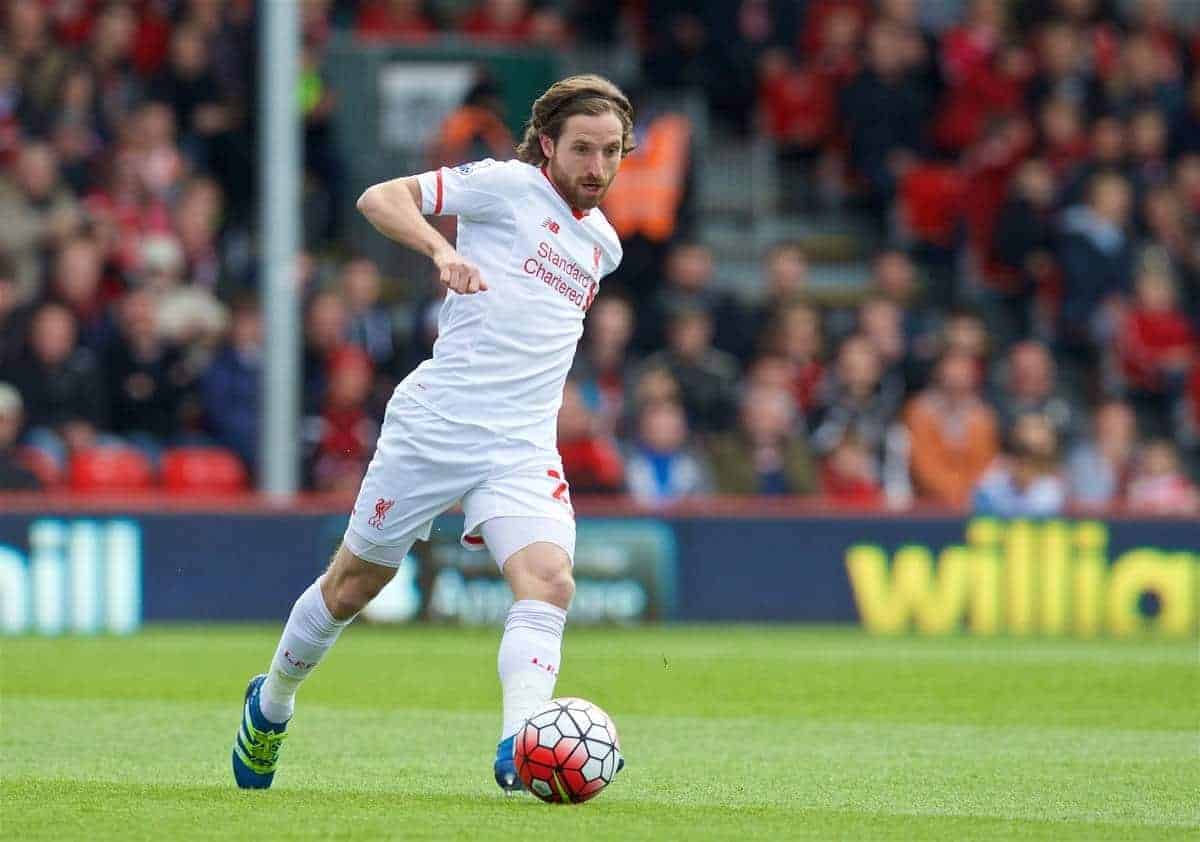 With talks yet to take place regarding a new contract for Joe Allen, Jurgen Klopp has weighed in on the midfielder’s future at Liverpool.

Allen enters the final year of his current contract this summer, with no extension forthcoming so far, leading to concerns that he would leave the club at the end of the season.

The 26-year-old has been in consistently high form throughout 2015/16, but remains a bit-part player under Klopp.

With Emre Can and Jordan Henderson both likely to miss the rest of the season through injury, however, Allen has the opportunity to impress.

The midfielder produced a top-level performance in Liverpool’s 2-1 win away to Bournemouth on Sunday afternoon, marrying defensive strength with a quick-minded creative edge, bringing further calls for Allen to be offered a new deal.

Speaking after the Reds’ victory at Dean Court, Klopp confirmed his stance on Allen’s future, but insisted talks would not take place at this stage.

“He deserves a future here, of course,” he told reporters.

“He is in brilliant shape. We will see what happens but for me it is not the time to talk about his contract now.” This saw the German reiterate his stance from before Sunday’s win, where he stressed that “it is not for me to decide now.”

Klopp hinted that a factor behind Allen’s stagnant contract talks was that the former Swansea City man was “too often injured” in the first months of his reign at Liverpool.

But having produced a strong run form in 2016, including influential cameo roles in both legs of the Reds’ Europa League quarter-final clash with Borussia Dortmund, he is truly proving his worth.

Allen was linked with a move back to Swansea in January, but Klopp is believed to have rejected their loan enquiry.

The midfielder seems focussed on earning an extended stay at Anfield, as he explained last week.

“The focus all season has been on always trying to stake a claim,” he said.

“Inevitably there’s injuries and suspensions throughout the season so more often than not you will get your opportunity.

“My aim hasn’t changed, it’s about whenever I do get the opportunity trying to take it with both hands.”

But so far under Klopp he has showcased his ability to shine at the top level, and this can’t be ignored.