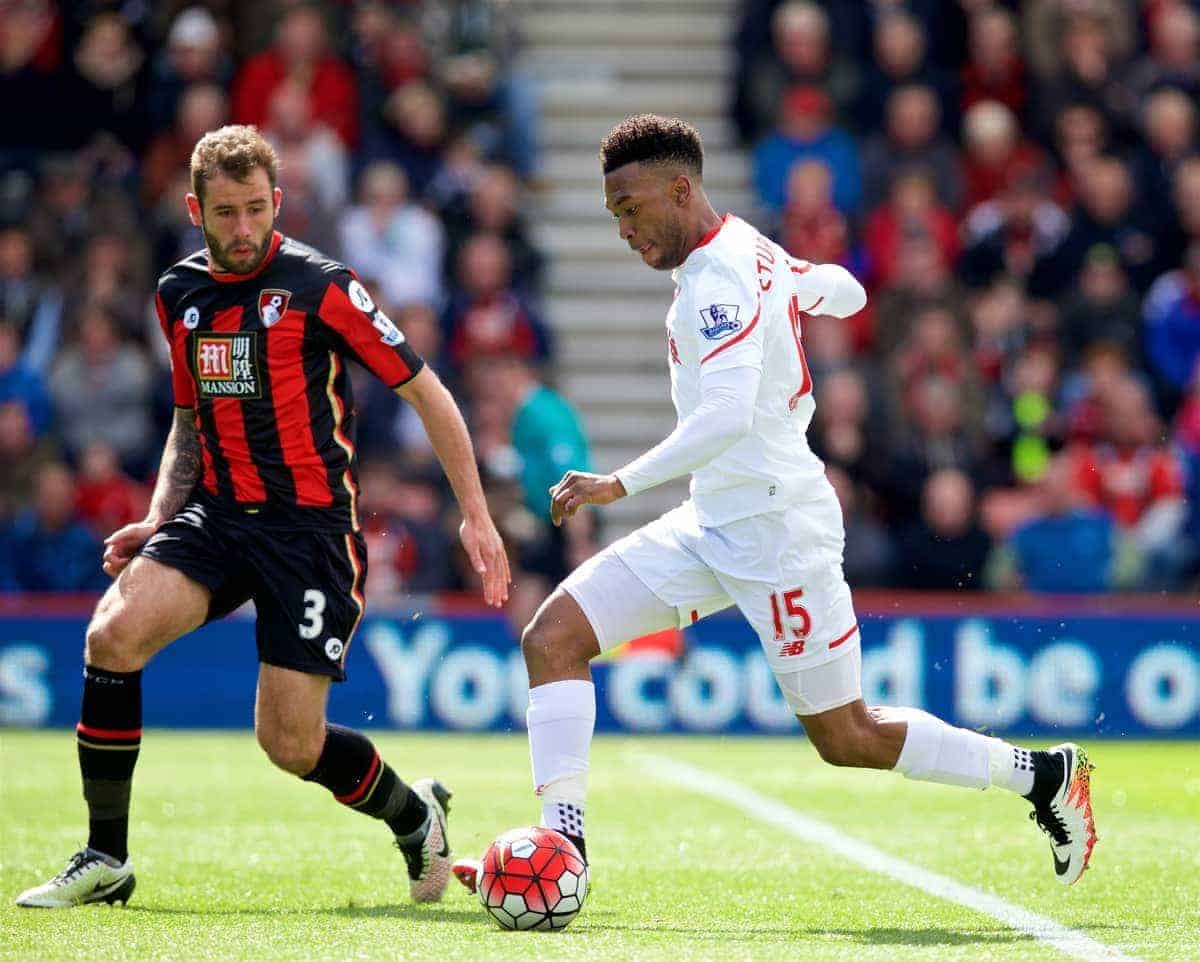 Liverpool won 2-1 away to Bournemouth on Sunday, here’s our pick of the social media reaction from the comfortable victory.

The Reds continued their good recent form with three hard-earned points on the south coast, with goals from Roberto Firmino and Daniel Sturridge proving key.

Firmino scored the opener with a tap-in, following an outrageous back-heel attempt from Sturridge, and the striker then headed home clinically on the stroke of half-time.

Bournemouth rallied in the second-half, enjoying plenty of the ball, but Josh King’s stoppage time effort was a case of too little too late.

It was a far cry from the drama of Thursday’s 4-3 win over Borussia Dortmund, but it was another good day at the office for Jurgen Klopp and his side.

The German made 10 changes to his starting eleven, with a debut for goalkeeper Danny Ward. Supporters gave their thoughts on the line-up:

Bit of a kick in the teeth for Adam Bogdan sending crosses in for Danny Ward in warmup. Travelled, but nowhere near the matchday squad. #LFC

Hope Danny Ward does well and doesn't Bogdan his chance. Potential to be a quality keeper.

Says a lot about Martin Skrtel's position at the club, with Lovren and Sakho rested and Lucas and Toure starting ahead of him at the back.

That's an attacking line up from Klopp with Ibe and Ojo alongside Firmino and Sturridge, Big chance for Ibe to stake a claim. #LFC

Great chance for some of these lads to get themselves into the squad for the semi finals.

Firmino and Sturridge scored just before the break, as fans expressed their joy at the interval:

Great header by Sturridge. Ibe played a big part in both goals. Good way to answer his critics.

Scoring from a free kick and a corner in the space of 3 days?! This is too much for me to take

2-0 up at half time on the south coast. What could go wrong for #LFC?

I was never worried. Now someone please get over to Jurgen and tell him not to sub on Skrtel. Ta very much.

Nice half, bit open and lax in possession which is to be expected, but quick to move from middle to final thirds. ojo nice, ibe end product!

Sturridge is underrated in the air. Joint top scorer of headers in the PL in 2013/14, and only 9 players have more than him (3) this season

Following the game, social media reflected on another win for Liverpool:

Ojo has great ability. Hope to see more of him in the remaining league games.

Good result, could and should have scored more. Sturridge looks sharper by the week.

theres always tomorrow on the forum:

Well done lads. Another mixed up side that did us proud. Shame about the injury time panic but Danny Ward did his best. Great first team debut from the young goalkeeper.

Sturridge looked in greedy mode early on, but was brilliant, as was Joe Allen. Shame about the clean sheet, but a fine win with that XI

RMP on the forum:

Good win, impressive performance from Ward, Ojo and Allen. Good to see Firmino back on the score sheet along with Sturridge.

Colorado Red on the forum:

Joint MOTM Allen and Sturridge. Allen massive, really making his case to stay a Red. Sturridge provider for the 1st, scored the 2nd, and unlucky not to have a 2nd half hat trick.

Great week. Now for the big one on Wednesday!

Decent win in the end for LFC, given changes and propensity to not win/collapse after EL games.

Considering what happened against Southampton, I'm just glad we won.

I know everyone is in love with Ojo, but well played Ibe, he was tremendous,5-5 takeons, 16-19 attacking 3rd passes, 5 chances and an assist